I need to introduce myself. I’m Remy and I’m a new member of the OtakugamersUK community. I live near Amsterdam.I have been introduced to this website by the otaku guru Geoffrey wright also known MadchesterManc.

This is my first review for OtakugamersUK.  I hope you will enjoy every second of it. First I need to mention that I never played the original version which came out in 2006. The game had a good start with launch in Japan ( Wii version) but it didn’t sell the amount of copies it deserves. This review is based on the Muramusa rebirth. I had bought this game because I never played any Vanillaware title. After I heard of the superb quality of Dragons crown I had to purchase this game. 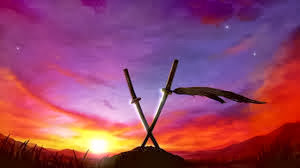 Graphics
Muramasa Rebirth is hands-down Playstation Vita’s prettiest game.  It’s not super realistic looking such as games like Uncharted golden Abyss or Killzone mercenary, but it’s gorgeous in its own way.  At the beginning of the game I had the habit to watch the screen for a couple of minutes and be amazed by the amount of detail Vanillaware has achieved in the background.  The environments you are running through, from wheat-laden fields and rural villages to dark cityscapes and eerie forests, are certainly easy on the eyes. The Bosses are so well designed you will die once or twice because your attention is drawn to the superb design of the enemies. This game is a perfect example of eye candy. This proves art style is far more important than pushing millions of pixels on the screen. 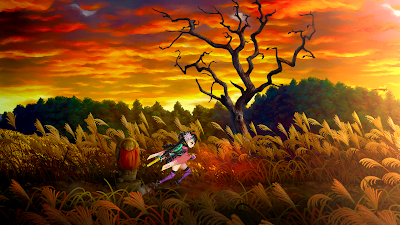 Story
Muramasa tells two stories with certain common elements. The first story follows the ninja kisuke, who is being hunted by his clan as a traitor and doesn’t know why. The second story is that of Momohime, a princess possessed by an evil soul named Jinkuro. Jinkuro accidentally claimed her body in his quest to divinity, and will fight his way through hell and heaven to achieve his goal. Both Kisuke and Jinkuro possess the ability to wield the demon blades forged by the muramasa, evil swords that devour souls and hunger for bloud. It’s told that the wielder of the blades will slowly go insane because of the bloodlust of the demon blades. This has been mentioned throughout the game.
Gameplay
The gameplay takes the front seat in this game. Everything is great from the start from the combat perspective. You can perform any move you can imagine with a sword; a downward thrust, an uppercut slash, a dashing cut , blocking it's all there from the start. You will use these moves quite a lot through the amazing campaigns of the demon sword wielders.
The demon blades are something really special because you can collect souls with them. Everything you defeat an enemy souls will be collected by your demon blade. These demon blades can be collected by defeating a boss or to make a sword by collecting enough souls. These demon blades are the only way to go further in the game because you need the demon blades to cut down barriers that are set up by a certain monk. Furthermore, those demon blades can break. This happens when your swords has blocked to much damage. With every block are special attack the souls in your demon sword get depleted. To prevent this you need to play smart and switch blades more often and try to learn the weaknesses of the enemies you are facing.

But while the setup and foundation of the game are absolutly superb, where the game somewhat fails is it's repetitive nature.  The first thing you notice after playing the game for a couple of hours is that there aren't that many enemy types. Furthermore, on lower difficulty level it feels like you are a superhuman ninja who kills everything on its pad without any resistance. You just have to button mash the square button over and over and nothing will stand against you.
It's not just the fighting that is getting repetitive it's also the amount of backtracking you need to do. Many times in the game you need to go back from the way you came. This was for me the biggest frustration with this game. However, Vanillaware has given you a reason to backtrack certain parts of the levels. Earlier i mentioned there where barriers that could be broken with your demon blade. Sometimes there where sort of side missions where you get the mission to defeat a couple of enemies for an certain item. This was really refreshing and convinced to replay certain areas and prolonged my experience with this game.  The boss battles are the highlight of the game, and showoff how a joy this game really could be. It is really a trial and error situation. I died many times with the boss battles because I had no clue what to do. After a couple of redoing the boss fight you will discover the weak points of the boss and which sword is effective against him. Furthermore, you will notice how much time and effort Vanillaware has taken to design the enemies. Sometimes i was running away from the boss just to be at a safe distance to observe the beauty of the designs.
Conclusion
Muramusa is something special for me. In a long time i haven't had so much fun with a game. The combat is simple and you can perform any move you would expect from a demonic sword wielder. The graphics and design of the game are superb. From the first time you enter the world of Muramasa you will notice how beautiful this game is. From wheat-laden fields and rural villages to dark cityscapes and eerie forests this game has it all. The gameplay is sometimes repetitive from backtracking to enemies but the boss battles are the real highlight of the game. There is a real challenge in beating them.
This game has better boss battles than most games in the dude bro society of gaming. The story is interesting and will keep your attention right from the start. However, the story takes a backseat in this game. If you are a Playstation vita owner and don't mind being destroyed by the bosses in this game you will get a game with a lot of replay value and graphics that make you wish the real world looked like this!

Posted by Unknown at 20:46
Email ThisBlogThis!Share to TwitterShare to FacebookShare to Pinterest