This post is my year round up, my top 5 releases, near misses and my most awaited releases. I'll also give you an insider look at what projects I have lined up for the blog.

First and foremost I must point out that I recently was given title of Nintendo editor, this is something I have taken very seriously. But I must say that I'm not a "fanboy" it's just my console and handheld choices have driven me more towards Nintendo. I hope in the new year to be able to post about some wonderfully brilliant RPG titles released on the Wii that were all part of Operation Rainfall.

Along side that I still have my Maken X/Maken Shao review and comparison in the pipe line. This got pushed back due to prior commitments and for the good of the blog. They are still coming and I hope you all look forward to reading them when they eventually drop.

Alongside those I'll be reviewing 3DS/WIIU and the occasional ps3 title and I'm hoping to start an Uncharted Waters diary for my first playthrough.

My final announcement is that I'm working hard alongside my good friend Kojiro who will have some exclusive content from Japan for you all really soon!.

Geoff is currently working on a staff page where you will find more info about me and the other members of the blog. So without any more delay my year round up!

Top 5 releases in no particular order 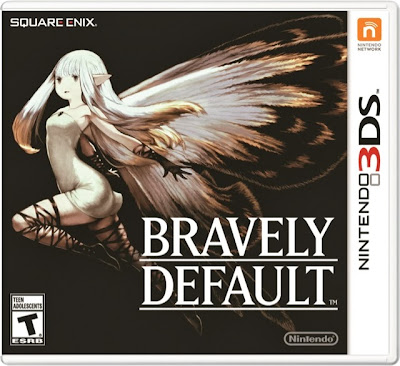 Anyone familiar with my reviews shouldn't see this as a surprise. My review provided it with a 9.5 and I praise it to just about anyone that will listen!. Catch the review on this very blog 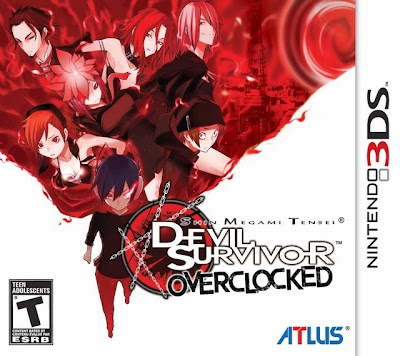 3DS enhanced port of an already brilliant DS game. Based on the Shin Megami Tensei series you are given a SRPG set in a locked down area of Japan. With several routes through the story and a massive collection of demons to bid for and fuse, it should keep anyone entertained for a long time. With similar story elements to The World Ends With You this package despite being late to Europe is an essential purchase for any SMT/RPG fan 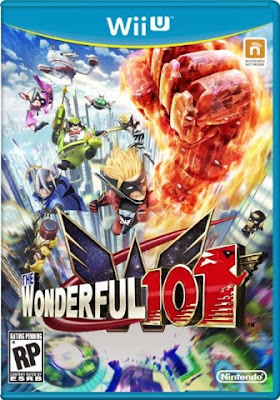 A strange title by one of my favourite studios Platinum games. Upon first look you are given the impression Viewtiful Joe meets Pikmin. What you are actually given is a greatest hits of sorts.

With the look of Viewtiful Joe, the combat of Devil May Cry/Bayonetta and the drawing ability of Okami and a sprinkling of Platinum's comedy and writing. It's a hardcore title that didn't sell half as much as it should and well worth any WiiU owner's time and money! 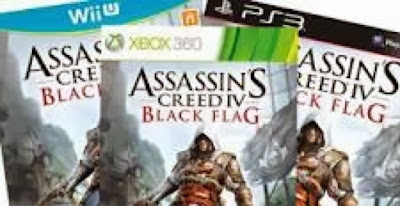 A series I had long tired with came back into my life with a blast. Fantastic setting, outstanding gameplay and polished overall feel. Gave me the pirate fix I have needed for so long!, not the strongest in terms of AC mythology but certainly the best in terms of gameplay and things to do!. Looks amazing on any format though for me the WiiU had the best of current gen. Onwards my Nakama! 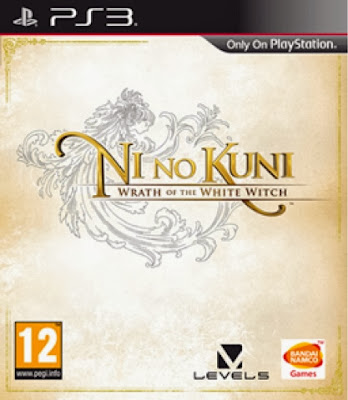 A bit of a mixed feeling with this title but I can't deny it. With a studio Gibli aesthetic this game took over this year and converted a lot of people to JRPG. I was in two minds with this title but looking back I remember most of it fondly. Well written and plays like a traditional JRPG, also has an amazing dub which suits the overall package. Battle system is a little ho-hum and the familiar capture system is a pain and needs addressing in the follow up. Overall it's a fantastic RPG and a good place for newbies and vets alike.

The Legend of Zelda: A Link Between Worlds. 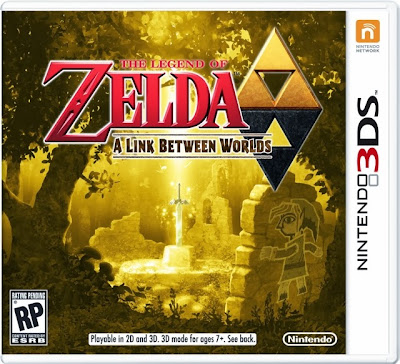 I left this out because I didn't want 3DS dominating my list. Grade A Zelda title with fantastic use of 3D. Essential 3DS purchase 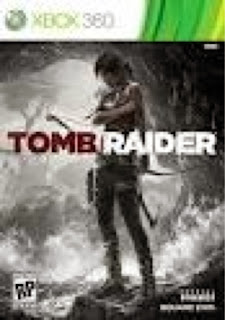 . The Tomb Raider reboot has to be the finest action game iv enjoyed in years. A rollercoaster ride that once kicks off refuses to stop until the credits roll. 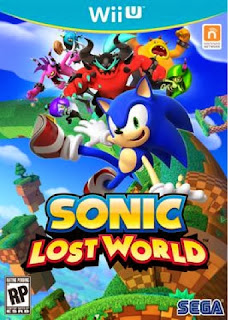 I won't say too much on this as I'm planning an article for it but I will say the mainstream reviews were too harsh and possibly misunderstood this title! 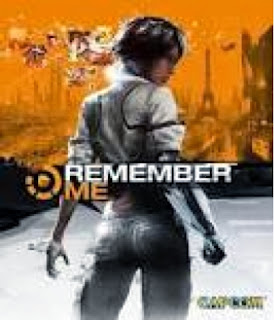 What was promised by Capcom as an adventure to rival the likes of AC & Deus Ex turned out to be an average in everyway Sci Fi adventure. I rode the hype train hard on this and derailed even harder. 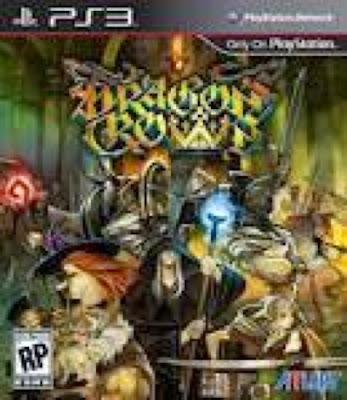 I wanted nothing more to love this title, I really did. Unfortunately dodgy collision, lack of online co op until the end and lack of levels stopped me from enjoying. I believe a new patch has dropped which creates random dungeons so I'm interested in trying it again in the new year 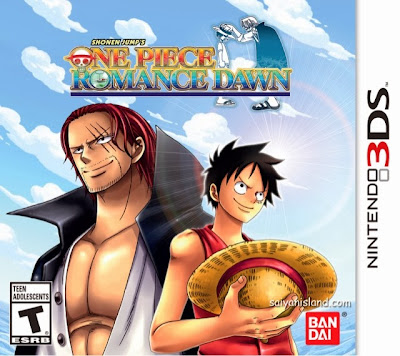 This game was one I had been waiting on for a while. A One Piece RPG could of been so good, unfortunately it was below average and I was let down. My review is available at this site and was awarded 6/10 for One Piece fans or 5/10 for any others 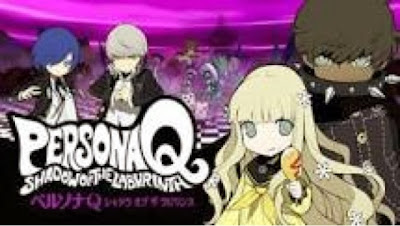 I personally cannot get enough of this spin off fusion with Etrian Odyssey. Hoping to hear a European release date on this in the new year 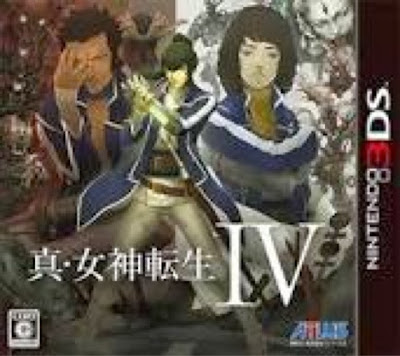 Announced at a Nintendo Direct this year with no data, it's gone far too quiet on this title. I'm hoping for a Q1 2014 release on this core SMT title 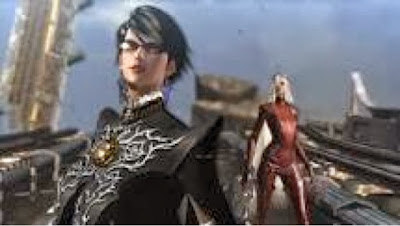 Platinum's next offering for the WiiU and follow up to one of my all time favourite action games. A release in 2014 would be fantastic 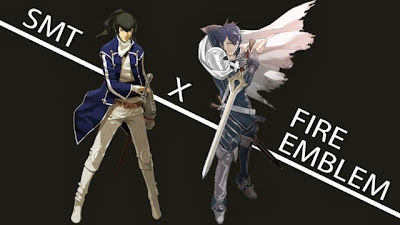 I want more info on this crossover, i am highly interested to see how it's going to turn out enjoying both titles myself. 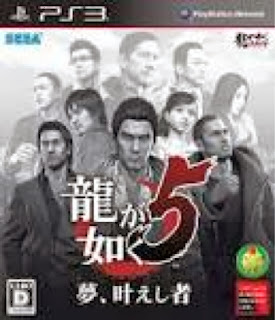 I doubt it but I am still hoping to get a Yakuza 5 announcement for Europe. As one of my all time favourite series I feel like I'm missing out too much. Also a Yakuza 1 & 2 HD announcement for either PS3 or WiiU would be nice Sega!

That's been my yearly write up! I hope you enjoyed it and I cannot wait to report on more titles in our biggest year yet 2014

Thank you to our loyal readers and new readers who are helping this ride go along!

Posted by Andi at 19:21 No comments:
Email ThisBlogThis!Share to TwitterShare to FacebookShare to Pinterest

A new trailer for Persona Q (3DS) released earlier, shows a little more to the game. Also spotted in the trailer are the sheep/men and Vincent from ATLUS's previous title Catherine.

Below is the trailer

Andi
Posted by Andi at 10:36 No comments:
Email ThisBlogThis!Share to TwitterShare to FacebookShare to Pinterest

Digimon story : Cyber Sleuth Unleashes some screenshots and they are beautiful 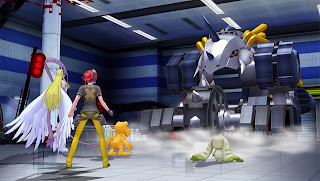 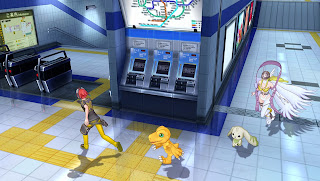 Some time ago Digimon story : Cyber sleuth got announced for Playstation Vita. There was an teaser trailer shown on Jump Vesta but that was nothing special but now some screenshots are released and boy these are showing some eye candy! It looks like we can visit the real world this time!
In the first screenshot it looks like you have to beat the digimon Grandlocomon. It looks like a turn based fighting game. Furthermore, the second screen you can clearly see on of my favorite digimon called Angewomon.

The bad news is this game releases in 2015 ( Release date to be announced) futhermore, the chance this coming to the shores of Europe are close to zero. Luckily, we can import this game with some basic Japanese this game can be played ( Digimon games have never been released in Kanji --> Hiragana)

Posted by Unknown at 20:05 No comments:
Email ThisBlogThis!Share to TwitterShare to FacebookShare to Pinterest

This teaser has just released. This is one of my favorite Harem anime's EVER! The game is described as an harem action game. That means we will have some fighting but most of the time let the girls fall in love with Rito. I don't know about you guys but i'm ready to massage Momo and Lala to become the Harem/Deviluke King.

The bad news is the chance for this game coming to the west is close to zero. However, the Playstation Vita is not bound to region locking :) I'm going to import this beauty. To Love-Ru Trouble Darkness: Battle Ecstasyis slated for release in Japan on May 22nd, 2014.
Posted by Unknown at 19:50 1 comment:
Email ThisBlogThis!Share to TwitterShare to FacebookShare to Pinterest 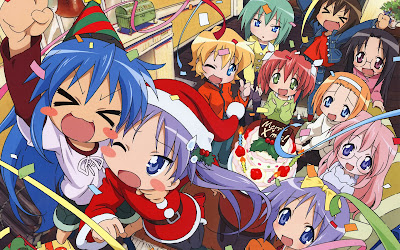 Merry Christmas from the Team!

As you've no doubt noticed with there being no news posted since yesterday, we've decided to take the time off for Christmas Eve, Day & Boxing Day. No doubt it means one of us may have to post a bumper article detailing all the news we've missed over Christmas on Friday but that's a small price to pay. Anyways, Have fun!
Posted by Unknown at 13:09 No comments:
Email ThisBlogThis!Share to TwitterShare to FacebookShare to Pinterest

This is the latest Yakuza Ishin trailer available on the net (released over the weekend) and Ive managed to find one with English subtitles for those not fluent in their Japanese to understand what transpires in the video. As you've guessed its mainly cutscene cinematics spliced together with a (questionable?) One Ok Rock song called 'Clock Strikes', The band are only known to me due to their song No Scared used for the Black Rock Shooter Game intro, adding some background ambiance. No in-game footage unfortunately, but it does give you an idea of the quality of the CGI on show which is of the same high standard we've come to expect from the Yakuza Team. Enjoy!
Posted by Unknown at 16:42 No comments:
Email ThisBlogThis!Share to TwitterShare to FacebookShare to Pinterest

Not much news from Jump Festa seemed to eek its way to our shores, but I guess what did was more than enough to satisfy most people. I thought Id drop a few trailers together into a post:


Ill see what else I can dig up today. Its safe to say all 3 will be receiving a release in the west (Although no word yet on Bravely Second but it should be a given) so its something for us all to look forward to. Considering the Ps4 has been released, its great seeing the Ps3 still receiving some stellar titles next year.
Posted by Unknown at 11:48 No comments:
Email ThisBlogThis!Share to TwitterShare to FacebookShare to Pinterest
Newer Posts Older Posts Home
Subscribe to: Posts (Atom)