Review Code sent to us from ATLUS the game is available on the Nintendo eShop priced £17.99 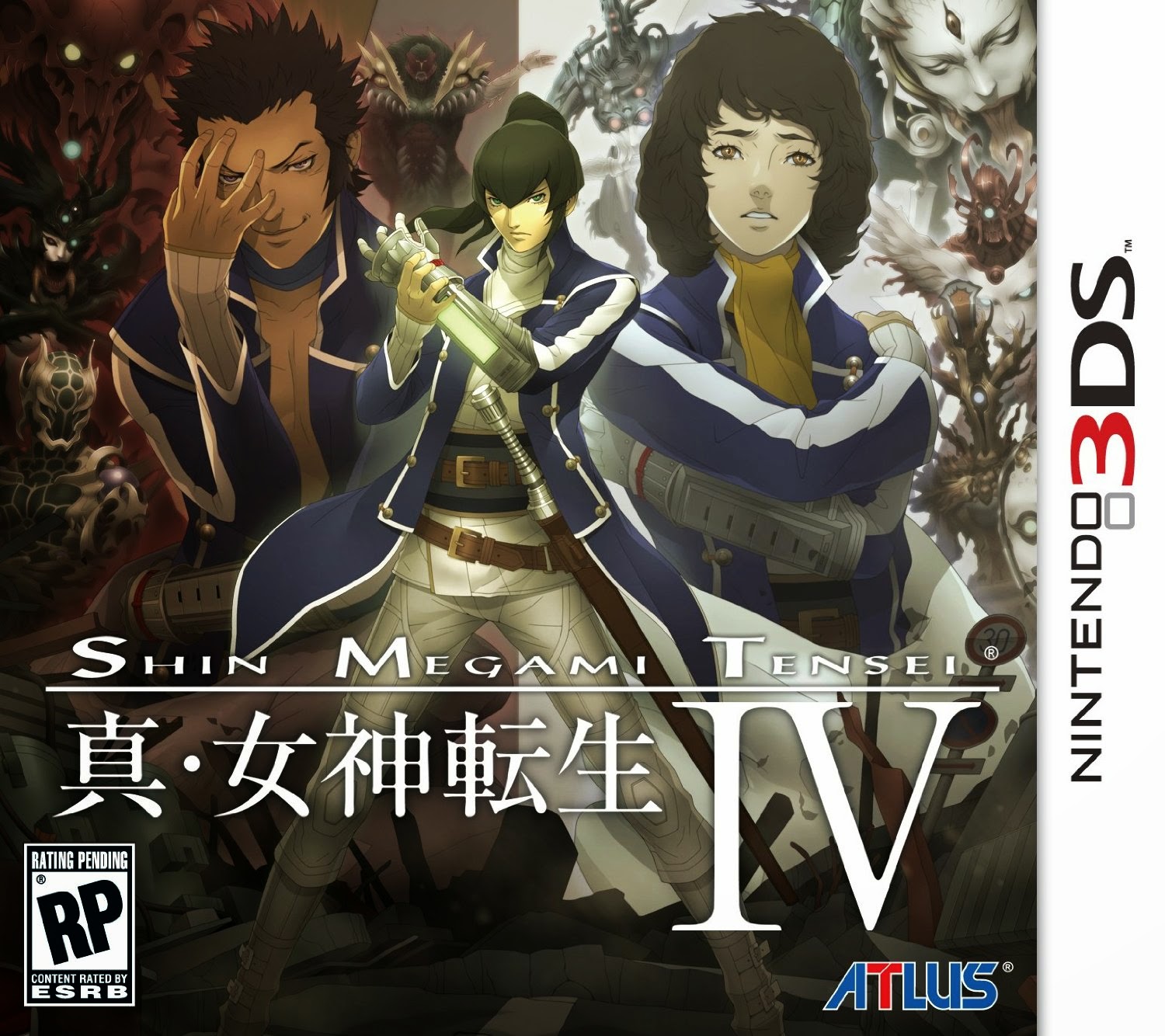 Shin Megami Tensei IV is the forth installment of the "umbrella" series of Shin Megami Tensei, home to such spin offs as Devil Summoner and a little known title called Persona.
Complications seem to have occurred with this titles transition to Europe and as such has caused a year gap & digital only release, Was it worth the wait? Read on!.

For those of you who aren't familiar with the SMT series, think of a more biblical, dark and tougher version of Pokemon with a deeper story and you kind of get there. Despite the series being around since the early 90's and a product of the Megami Tensei games this prestigious series is only on it's forth release, the main bulk of SMT games are actually spin off titles with several connecting themes, usually Devil Summoning.

Chances are you have probably played/seen Persona 3/4 and that takes several themes from the SMT series as serves it in it's own style, here it's a different ball game and that may throw some people.
Shin Megami Tensei prides it's self on a dark depressing tale of humans vs Devils in the worst possible light, here they have mixed that up a little more and creates quite an interesting tale. 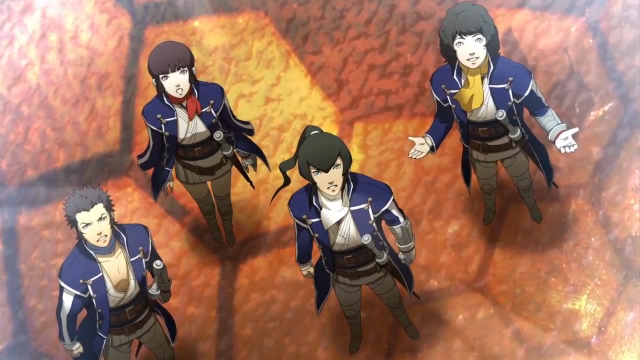 Our main character Flynn is chosen to be a Samurai. ancient protector of the Medieval Kingdom of Mikado, a prestigious honour to defend his home land soon takes a turn from the worst with revelations in the form of not only a devil holding cave but the mysterious Black Samurai. Attacks on the population of the Kingdom force you to follow her deeper into the cave and arrive in the mysterious underground Tokyo, here everything you have been told is thrown into question as you get drawn into the deeper & world shattering battle between Devils & "Angels".

Despite a few lulls in the pacing of this story it honestly kept me on my toes the entire time, I shall address why a little further on but at times there was a lack of story which actually helped set the tone of the game, a true sense of abandonment and judgement questioning fueled by a powerful side cast. Though a little sparse on character development compared to other titles around the true key is the story and atmosphere which is one of the strongest you can get on the 3DS even years later from it's original release!.

Talking of atmosphere the graphics and sound are top notch in this title. I am not one for video game OSTs unless they really stick with me, SMT IV has joined such titles as Bayonetta, Donkey Kong Country and Digital Devil Saga in having some of the most memorable and enjoyable tracks to grace gaming and my ITunes. Graphically the game really stands up, the 3D isn't the best but in all honesty i'm not one for 3D gaming and have rarely used said option. My favourite feature has to be the armour matching it's description, now if you change it, the clothes on your Character model will change as well, currently I'm holding onto an outfit you get around the middle half of the game and can't bare to part with it as I love the design. Some of the Devil sprites have had little touch ups but alot are taken from Devil Survivor: Overclocked & Soul Hackers. The setting contrast between Mikaido & Tokyo is brilliant aswell, it goes from a serine forest area with medieval buildings to a post apocalyptic  modern day Tokyo. 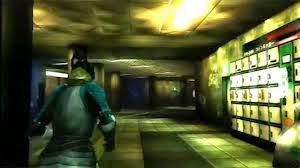 Shin Megami Tensei IV is mostly focused on dungeon crawling, powered by a myriad of Main Quests and Side Quests, if you are into that sort of thing you'll more than get your moneys worth from this title. For the first time in a main SMT title you can see your enemies in the field, this gives you the choice to focus on exploring or fight.
The fields are often quite bleak and dark affairs which honestly suit the game, there could stand to be a little more variety between them but what they have works well,
Navigating the fields is a strange affair in terms of moving above or below your current position, what I mean by this is that you have to be in the right spot then move the camera to hit the context sensitive trigger, it's a strange way of doing things but doesn't effect your experience too much. 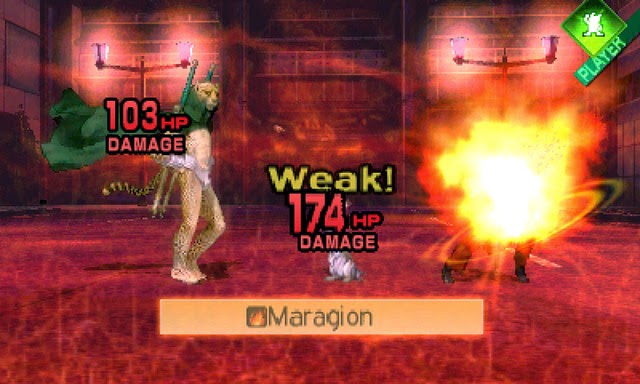 Devil fighting is done in first person like the original 2 SMT games & most recently Overclocked and Soul Hackers. It uses the Push Turn system so fans of SMT 3 & DDS will be right at home, a brief synopsis is that if you hit a weakness you gain an extra turn, hit a resistance and you'll lose one. Devil Negotiation is back but it seems like ATLUS really tweaked the formula with it so it doesn't seem as random & strange the paths you have to take. Basically to get a Devil to join you, you are required to enter negotiation with it. Here you make convo choices and attend to demands till hopefully the devil will join your team, sometimes it's easy other times it can take all your money and items and just run off on you.

Devil Fusion is a big part of this game and ATLUS have made it accessible to everyone with the help of "Mido". As it says on the tin Devil Fusion is combining Devils together to make a stronger Devil, sometimes special fusions can happen needing more than one Devil. Mido is a friendly A,I who runs the Fusion App, his special feature is to tell you which currently are the top 3 Devil Fusions you can perform. You can choose from these, special fusions or use the handy fusion search to hunt down the exact Devil you need for the situation in hand.

The game is plentiful with it's Side Quests so you'll certainly put the hours in hunting demons and fetching items from around the worlds, each quest is broken into difficulty as well so you will always have an idea of how likely you are to succeed in a quest. To help aid you in these quests you can install Apps into your gauntlet, these range from Field Effects to Fusion XP boosts, all very handy and worth remembering about!.

I must point out that at times Shin Megami Tensei IV is a HARD game!, it's a tough kind of love from the game in that you are a "Glass Cannon". For those unfamiliar with the term, you are capable of hitting hard but if you don't keep your witts even standard grunts will ruin your day!. There are difficulty options to tinker with once you perform certain actions and keeping on top of your Devil Fusion would be most wise if you want to see the story through, also a little grind and side questing wouldn't go a miss. 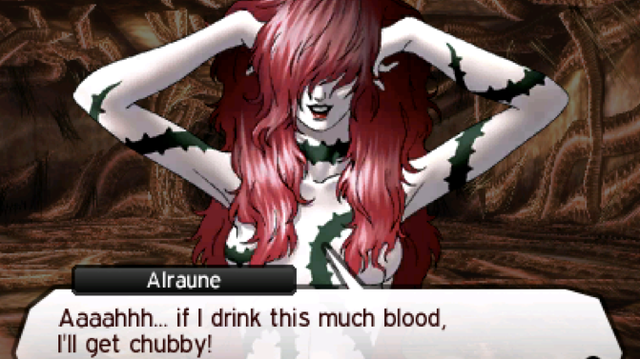 Another factor is the game eventually stops showing you where to go, you lose your support for the most part when you hit Tokyo and are forced to trial and error find what you need to keep the story going. As a fan of older RPGs I felt this added to the atmosphere and tension of the game but I know some people weren't overly fond of that approach, plus it doesn't help that Tokyo can be an utter pain at times to navigate.

To round Shin Megami Tensei IV off I would have to say it's been one of the most gripping and entertaining RPGs I have played this year, handheld or console!. I was worried that something may of been taken from the series but if anything this handheld format has just helped the addictive nature of this game. My first playthrough I pretty much had it glued to my hand wherever I went, bar Mother 3 which I only just got to play this year I haven't been this hooked on an RPG since Braverly. The map navigation can be a little troublesome, the stories tends to lull and explode at random times and the side quest do get a little tedious as they are just fetch quests in abundance but it's a fine quality game with a unique atmosphere you will only find in SMT titles!.

Posted by Andi at 14:29
Email ThisBlogThis!Share to TwitterShare to FacebookShare to Pinterest