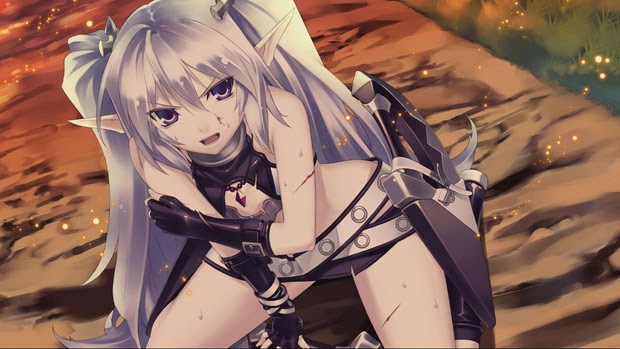 "We are extremely excited to bring yet another premium full video console game to mobile devices," says HyperDevbox founder and CEO Carlo Perconti. "After our successful launch of Spectral Souls and Blazing Souls Accelate for iOS users worldwide, we are confident that Record of Agarest War, one of the most profound and exciting game series in the genre, will satisfy the thirst of J-RPG fans at home or on the go.” "Thanks to our technology, we were able to optimise the original 6GB game data into 1.9 GB for mobile devices," says Perconti. "However, I want to emphasise that the iOS version is not a reduced/mobile version of the original, but retains the multimedia-rich game in its entirety, including all the original downloadable contents.”

iOS release Feature List:
. Witness the Soul Breed system! Choose a bride at the end of your adventure and give birth to the hero of the next generation!
. Story stretching 5 Generations of heroes
. Position your forces on the battlefield and wait for the right moment to string together massive combo attacks using multiple party members - both in melee and at range!
. Enhanced battle system including combo system, break and overkill
. Over 100 hours of gameplay
. 59 outstanding soundtracks
. Full 720p HD graphic assets
. 40 cut scene videos
. Fully voice acted with 16,000 character voices
. Over 400 different Magic spells and Battle skills
. Over 400 Enemies and Characters
. Capture monsters to join your army
. Support for full touch interface, virtual on screen controller and iCade support
. Automatic save backup to iCloud.
. Support for Leaderboards and Achievements through Game Center.
. Language: English text with Japanese voices.
. Airplay support
. Universal Application