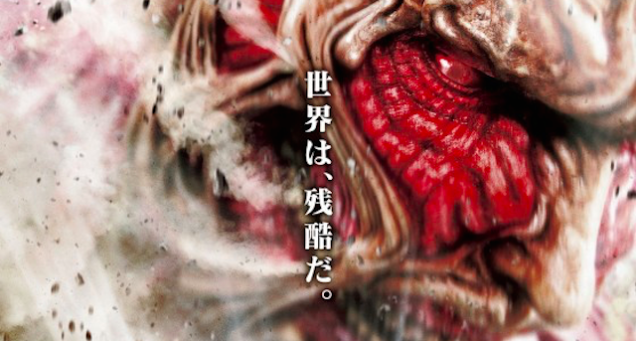 Madman Entertainment has shared an English-subtitled trailer for the Attack on Titan film.
Madman Entertainment, a distributor in Australia, have also announced that they will screen the first movie in  theatres this year for Australia & New Zealand. The first movie is set to release in Japan on August 1st, with the second (titled Attack on Titan: End of the World) releasing on September 19th. No word yet on the duo's release in other territories.

Posted by Unknown at 15:46
Email ThisBlogThis!Share to TwitterShare to FacebookShare to Pinterest