News: Welcome to the world of Yakuza 5 interview 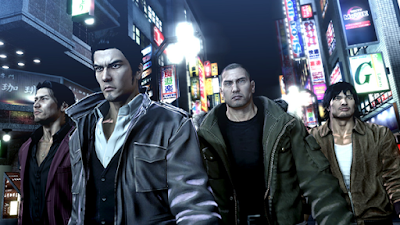 Yesterday Gio Corsio of Third Party Production had an interview with two of the developers from the legendary Yakuza series - general director of the series Toshihiro Nagoshi and Yakuza 5 producer Masayoshi Yokoyama to discuss the game's theme, scope, and to answer some user questions in the first part of their Yakuza 5 developer interviews.
This will be the first of three such interview videos in the lead up to the release of Yakuza 5 on PS3 later this year.

Giving a real insight into the creative process that has been used in the series for its western fanbase is great, hopefully the two other interviews are just as interesting


Posted by Unknown at 12:56
Email ThisBlogThis!Share to TwitterShare to FacebookShare to Pinterest