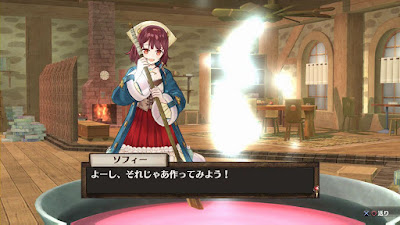 Gust has announced the latest entry in the their popular alchemy RPG series, Atelier Sophie.
The game’s protagonist is Sophie Noienmuller, a young girl who loves alchemy and runs an alchemy studio on the edge of town. A Premium Pack (featuring a visual book, soundtrack CD, special poster, character clear marker set and special DLC) is also set to release alongside the standard release for each version of the game. Atelier Sophie is set to launch for Playstation 4, Playstation 3 & PSVita in Japan on September 25th. You can find a teaser trailer below:

Posted by Unknown at 19:51
Email ThisBlogThis!Share to TwitterShare to FacebookShare to Pinterest