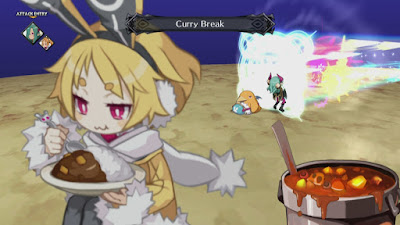 
"NIS America will be releasing 5 batches of DLC which allow you to encounter the characters from Disgaea 3, Disgaea 4, and Disgaea D2 in various Netherworlds, as well as other games like La Pucelle! There will also be a season pass available and if you get all the DLC, you’ll unlock Pleinair as a playable character for free!"

Disgaea 5: Alliance of Vengeance is due to release for PlayStation 4 on October 6th (NA)& October 9th (EU).

Posted by Unknown at 20:25
Email ThisBlogThis!Share to TwitterShare to FacebookShare to Pinterest