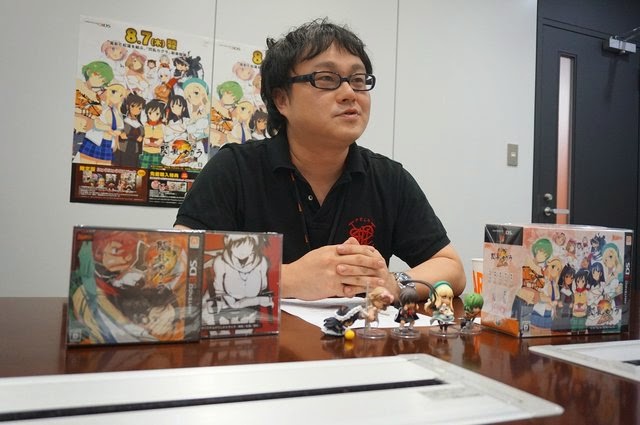 Senran Kagura 2: Deep Crimson producer Kenichiro Takaki recently talked to Inside Games.
During the interview, Inside Games asked the producer to share his thoughts on the reaction from foreign fans.

“They’re so passionate, and it always surprises me,” exclaims Takaki. “People from other countries who purchase the game would often take a picture after making their purchase and line it up next to their country’s flag saying ‘check this out’ and then sending it to me.”

“At first, I thought of it as a specialised product for Japan. I didn’t even think about releasing it outside of Japan. And now, it has expanded across Asia, North America, and Europe, and I’m very grateful.”

“Everyone must like boobs. Boobs go beyond words,” Takaki says with a laugh.

“I’d really like things to expand to where we can narrow the gap between the releases in Japan and the rest of the world, as much as possible.”

Source [Siliconera] [Inside Games]
Posted by Unknown at 13:35
Email ThisBlogThis!Share to TwitterShare to FacebookShare to Pinterest