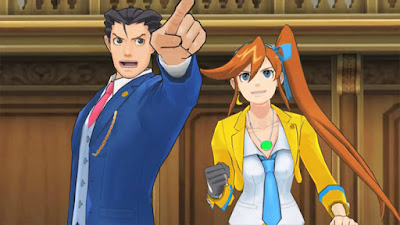 Capcom has announced that Phoenix Wright: Ace Attorney 6 will see a release in the west.
The latest instalment in the series, produced by Eshiro Motohide & directed by Takeshi Yamazaki, will also be playable at the upcoming Tokyo Game Show in Chibia. Capcom told ShackNews:


“Ace Attorney 6 (working title) will be coming to the west, We’ll have more information on the Western release soon.”

More information regarding the game & its 3DS release date will no doubt be unveiled at TGS.
Posted by Unknown at 19:46
Email ThisBlogThis!Share to TwitterShare to FacebookShare to Pinterest