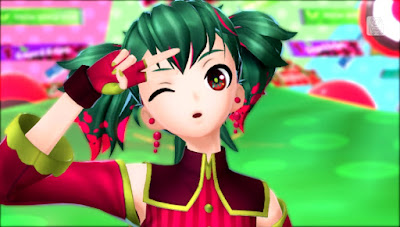 Sega has announced the next release in the Project Diva series Hatsune Miku: Project Diva X.
The focus of the latest instalment will be on creating concerts & PV's, with an all new 'Live Quest Mode' offering a new way for fans to play the game (no information has been released for this new mode yet) The PSVita version will be exhibited during next week’s Magical Mirai 2015 event, with the games official website already live. Project Diva X will launch for PSVita during March 2016 in Japan, with the Playstation 4 version following later in the fall of 2016. You can see first footage of the PSVita version during this Sega feat. Hatsune Miku Project eighth anniversary trailer:

Posted by Unknown at 14:24
Email ThisBlogThis!Share to TwitterShare to FacebookShare to Pinterest