Seen as the last look at a few Otaku mobile games seemed to turn out popular, how about some more? To be honest I'm currently looking at about 20 games on my Xperia Z, so I have quite a bit of content to still get through! I have begun to play through a JRPG called Epic Hearts, but its tough to find enough time to marathon it a little with everything else I have to play through on other systems. There's only so many hours in the day! With the amount of games Ive come across, and still finding, you can be sure Ill post more of these type of articles in the future! so lets have a look at a few more today...

Galaxy Gladiator (Android) [Free]
Travel back to the golden age of '80s arcade shooters with this vertically scrolling shoot 'em up! As you'd expect with a description like that, what entails is a game purely for old-school shmup fans. Others may enjoy it too tho as its not too difficult. Progress within levels is vertical with all manner of enemies coming from the top portion of the screen in many directions. As you'd expect, a boss is present at the end but you don't have to destroy them to complete the level. A time appears and destroying the boss within that gives you bonuses, if you don't then no bonus. Upon completion of a level, XP is awarded which you can use to unlock levels & upgrade your ship. While the game does have some nice 3D graphics, the game is structured in a way that requires a lot of grinding for progress. A shame, but still Worthy of a try due to its lack of a price tag (progress can be bought via the purchase of gold coins for XP)

Moe Cure Net (Android) [£4.25]
The only fully translated Visual Novel Ive managed to find on the app store (doesn't appear to be on Itunes) There are numerous non-translated ones, so if you savvy with your Japanese then you should be busy. From what Ive played so far it is just as you'd expect. Whats surprising though is the wealth of talent they've managed to procure for the voice acting. There's no English dub, Just subtitles, but some of the voices may be instantly recognisable to some of us (A full list of actresses is on the app page) I think there is a free version to try but I'm not sure how its limited as I'm using the full version. 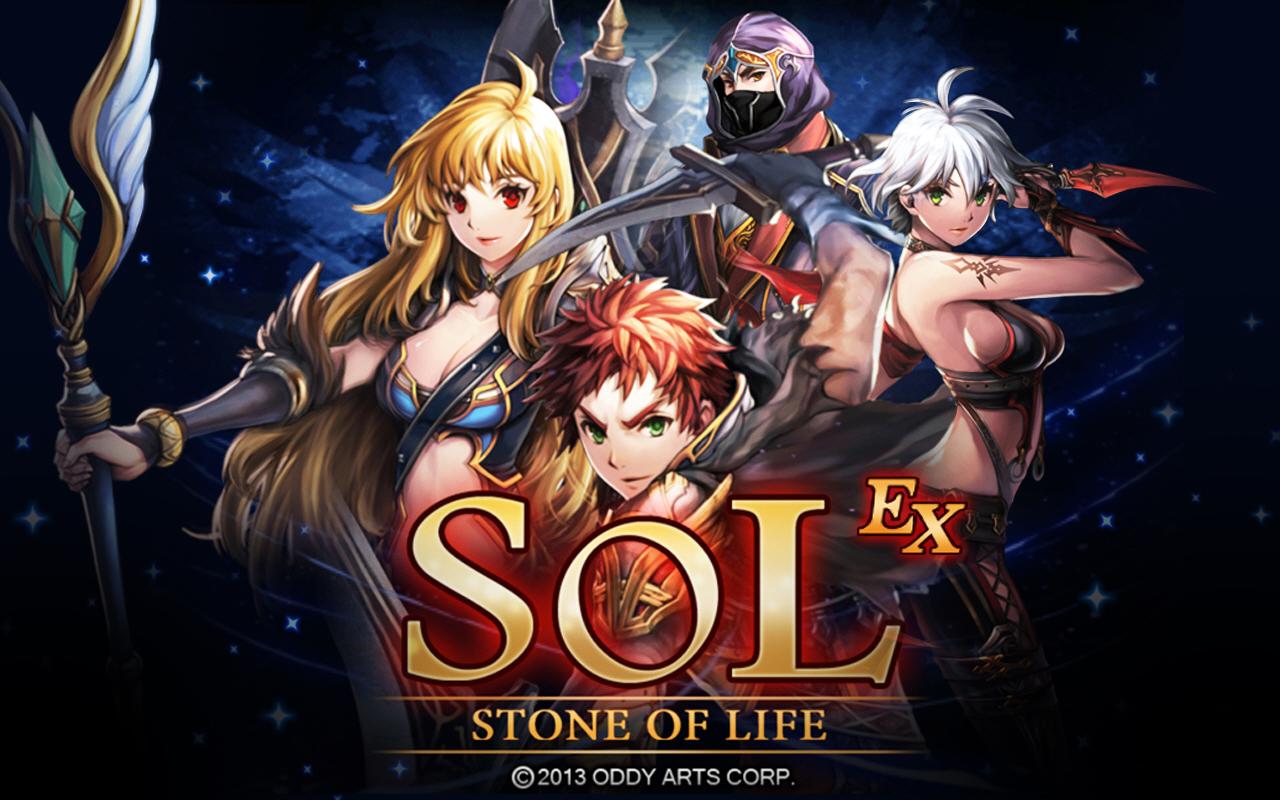 SOL: Stone of Life (Android / IPhone) [Free]
(If you have a phone with a large, high res screen or a tablet - look for the EX version for higher quality assets) A free action RPG that may be worth taking a look at. The gameplay is mainly dungeon crawling which usually involves fetch quests as you'd expect with a simple mobile title. Loot drops by enemies and chests provide the means for you to boost your equipment as well as a shop in the central hub to purchase items in. The skill tree & item/weapon customising though is fairly deep and you may be quite surprised by it. The occasional tutorial that pops up when you first start playing is a worthy read if you want to get the most out of the game. Story seems a bit..not too interesting, but its gameplay makes up for that and the graphics are quite good with some nice character artwork. Just be wary of controls. Movement can be clunky depending on which option you choose so make sure to try all of them. Worth a try for the price.

Trigger Knight (Android / PC ) [Free]
Guide the Knight to defeat enemies before her health energy ends! An Experimental Mini-Survival RPG that uses one-button mechanics! The relatively simple premise hides a game with deeper, more tactical gameplay than you first realise. You are constantly running while a gauge at the top of the screen depletes. While running you'll pass buildings that allow upgrades ie weapons & armour, purchased with gold you receive when you destroy enemies on the way. Passing shrines and paying the gold resets the gauge. You'll always know what the next few buildings you pass are going to be as they show underneath the time gauge, allowing you to plan ahead. Its anime styled graphics are nice, but with no HD or EX version being available, looks a little blotchy on high-res phones & tablets. Well worth a try though. Don't be fooled by its simplicity of gameplay..

If you grab a couple from the last article and try these, there should be enough to keep you going till I post up the next iteration. Then again if you'd downloaded Moe Can Change, You wouldn't even need these! Have you tried that one yet? I bet you haven't. I should hopefully have another review up on Monday followed by maybe a review of Pokemon on Friday. Ps4 Hands-on will also be happening on Monday evening too so I guess I'm going to be busy next week. Dont forget Ill be live tweeting so be sure to follow me on Twitter @MadchesterManc
Posted by Unknown at 15:56
Email ThisBlogThis!Share to TwitterShare to FacebookShare to Pinterest