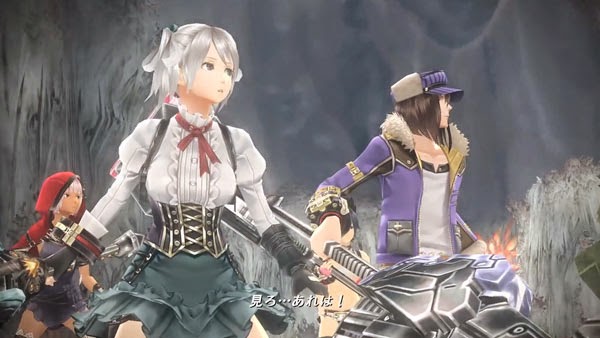 Bandai Namco has released a trailer for God Eater 2: Rage Burst, as well as demo information.
The trailer was shown during a NicoNico live stream earlier, and Bandai Namco also shared details on an upcoming demo for the game. A demo will release prior to the game, with the game set to launch on February 19th, for the PSVita that will also allow the user to import saved data from the PsP version of the game. This PSVita saved data can be transferred to the Playstation 4 version later, which theoretically means importing your PsP saved data to Ps4 is possible via the PSVita.

Bandai Namco also announced a God Eater 5th anniversary presentation, which will feature the latest news on the God Eater anime, and is set to air on February 4th. You can watch the new trailer below:

Posted by Unknown at 14:51
Email ThisBlogThis!Share to TwitterShare to FacebookShare to Pinterest