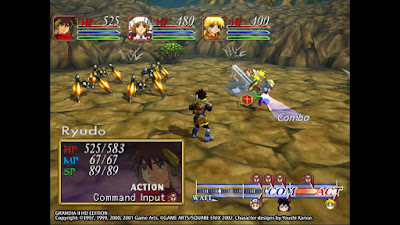 GungHo Online Entertainment announced the release date for Grandia II Anniversary Edition.
The upcoming port, said to be based on the original Dreamcast release that debuted 15 years ago, is set to feature updated graphics, Japanese voice acting, controller support and a new difficulty level. Grandia II Anniversary Edition will launch for PC via Steam & GOG on August 24th for a special price of $14.99 (price increasing to $19.99 when the offer ends)

Posted by Unknown at 20:33
Email ThisBlogThis!Share to TwitterShare to FacebookShare to Pinterest