News: Samurai Warriors 4 due west in the fall. 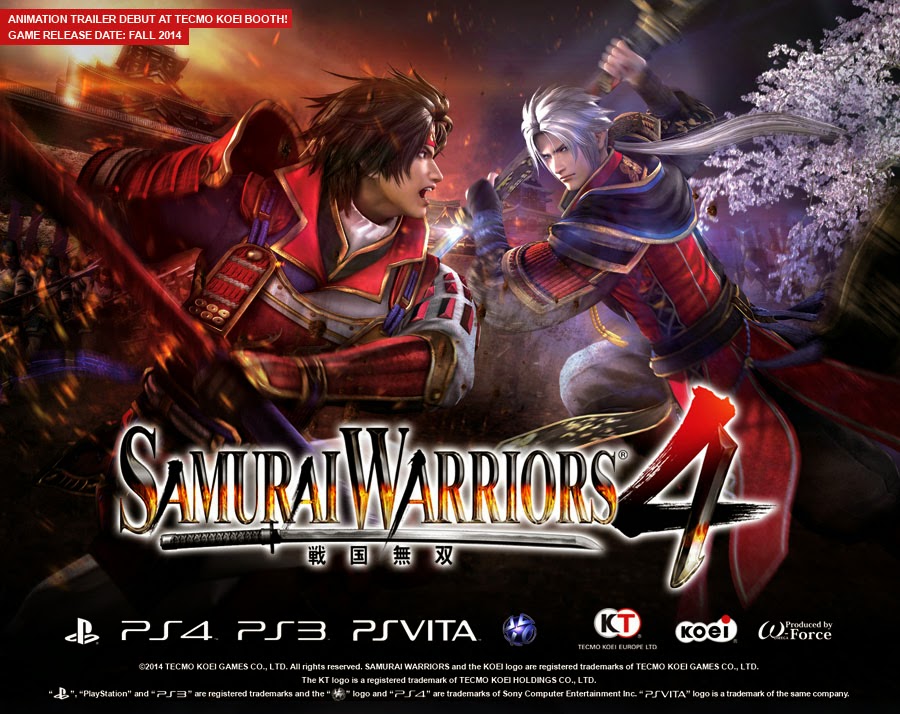 Tecmo Koei have announced Samurai Warriors 4 is heading west.
We already had an idea this news was coming, but that was for the Warriors Orochi 3 Ultimate release, and there is also the surprise in that the Playstation 4 version will be joining the Playstation 3 & PSVita versions in the west at a later date (to be announced) this year. Tecmo Koei have also announced that the game will feature a debut trailer during the MCM Comic-con in London.

Source [Tecmo Koei]
Posted by Unknown at 15:36
Email ThisBlogThis!Share to TwitterShare to FacebookShare to Pinterest