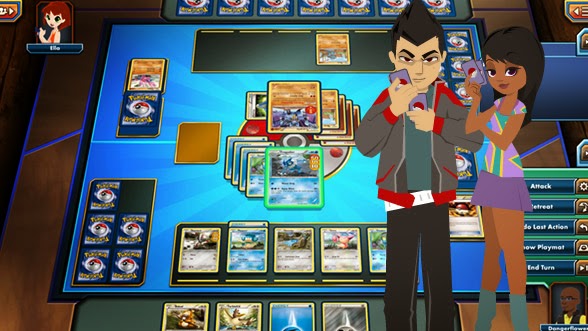 Today sees the roll out of the Pokemon TCG Online app for the iPad beginning.
The Pokémon Company will launch the Pokémon TCG Online app for the iPad and iPad Mini in the United Kingdom, France, New Zealand and Europe later in the week, with the app launching in the U.S today (the app is already available in Canada.) The app will be free-to-play and will allow you to play the online version of the Pokémon TCG on your iOS device, as long as you have an Internet connection. If you've played the game on PC/Mac, you can sync your account between devices. As an incentive to get people playing, The Pokémon Company will give TCG Online players a number of free decks to get started.

Posted by Unknown at 12:24
Email ThisBlogThis!Share to TwitterShare to FacebookShare to Pinterest