SRPGS are something of a rarity on consoles, especially as early in life as the Playstation 4 is, enter NIS & Kadokawa Games with Natrual Doctrine, the answer to this gap in the market. With the intention of bringing strategy back with a "Souls" level of difficulty is this the "Natural" progression for the genre?. 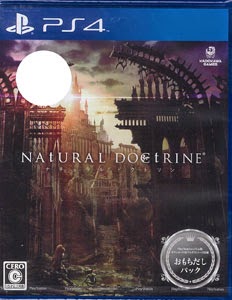 version reviewed - Playstation 4
Natural Doctrine, the first title fully created by Kadokawa Games with a dream team of artists, designers and writers with the aim of creating the next step in SRPG. Picked up by the wonderful NIS this title has finally made it's way over to our shores after a rocky landing in Japan. So how is it I hear you ask? well lets kick start this review with the story!. 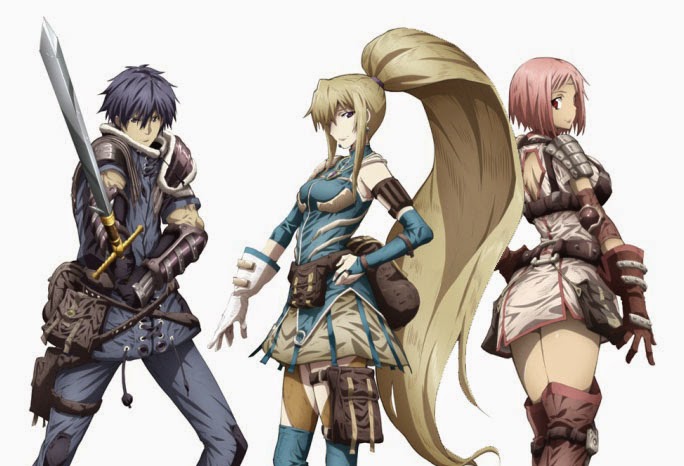 Set in a world where Humans are a dying breed, Feste the last bastion of hope for humanity lays in the land and the war against the Orcs & Goblins is growing ever larger, once the hunter now the hunted, only skilled warriors leave the walls of Feste in the hunt for spoils, combat & Pluton. Pluton being a deadly substance to humans but Goblins have found a way to use it for magic and other deadly inventions, in this form humans can use it to fight back. Pluton is in such sort supply it's actually measured in grams so you can imagine just how sparse it is.

In comes Geoff & his rag tag team of unwanted rogues, you have the Veteran in Zeke, the newbie and the CO together you make quite the Goblin killing team. During a routine foray into a local mine they happen upon a new species and as such have a duty to report this, these actions have dramatic consequences on the team, Feste and the future of mankind.

All very foreboding and epic I hear you say! Well it would be if it wasn't riddled with cliches, uninspired events and a poor cast. The writing is nothing special and honestly there are few twists and turns within the game & when they happen you'll either shrug it off or laugh.
The voice work is passable but with the limited conversation time and script wonders aren't to be expected, It's a far cry from other voiced RPGs. 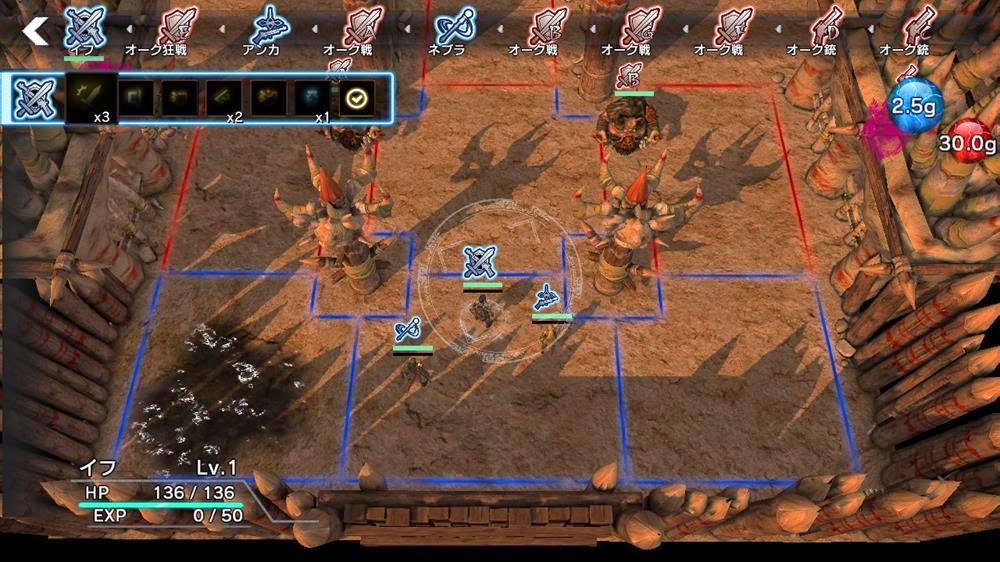 Alot of people have said that a SRPG doesn't need a good story as the focus is battling but in my honest opinion they do. With titles like Disgaea the gameplay is outstanding but it also features some brilliant comedy scenario writing and memorable characters . Final Fantasy Tactics & Tactics Ogre are both prime examples of story writing for SRPGS so it's a shame that Natural is so eager to throw away the chance to weave an interesting and intricate story.

Visuals are up next and it's a strange one!. For those who don't know this title is being released on the PSVITA, Playstation 3 & Playstation 4 and as such work together in that you can Cross Save and Cross play with each version. With this in mind I'm sure you can see where this is going, as it's a Playstation 4 review I have to say the visuals are kind of horrid. The characters models are lifeless and bland, everything is dark or has a brown tint to it. The level design is also very barren and relies a little too much on mines and caves for the most part.
The game would look average on the Vita which i'm going to guess was the lead format, it's a shame as with it being a unique title for the PS4 it really could of benefited from a different art style, Cel shaded perhaps?. 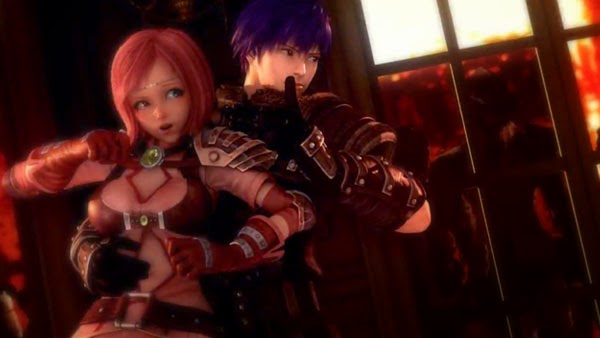 Gameplay is king with these kind of titles so lets see if we have to place the crown with this title or if it falls short of royalty.
Like all good SRPGS the whole game revolves around strategy, for the most part there is an element there but Natural seems to have a few bad habits that need addressing.
The game system it uses involves linking your team together, on the surface it sounds good that you can have your whole team attack BUT this also means your team are all stuck together. This is a death sentence with area attacks & goes against how I personally usually play games like this.
It also has that bad feeling that unless you play and plan exactly how the team had in mind you won't win. It seems like they had an exact plan in mind for the majority of levels and it's a shame if you aren't on the same page as you'll be seeing the GAME OVER screen if you do.

This brings me to the difficulty of the game, described as being "Souls" hard and for the hardcore gamer I can confirm the game is TOUGH. It's a strange difficulty though, it does punish you for your mistakes I can hold my hand up and say i'v messed up a tonne playing it, but it also punishes you for going off the beaten track. As stated before if you try a strategy that wasn't planned for that stage you'll often see your team beaten down, dare you explore the level? I would because when I tried it several times I was met with Game Over due to awakening a huge monster or an army of higher powered beasties I wasn't ready for.
It's also a case of knowing the battle system in & out, I'd suggest spending alot of time with the Tips menu & getting to know EVERY action.
An example is I was stuck on a mission for a whole night as I was constantly meeting Game Over with no idea how to reach my objective in time, it was dumb look when I discovered a move I have extended the movement area for my team which gave me the room to move.
This was never brought up in any of the tutorials or even hinted at.

It's stuff like the above which really hold Natural Doctrine back, at times it works really well and you'll find yourself enjoying it, so long as your going along with it. It doesn't hold hands and it slaps you for moving out of a comfort zone & in my honest opinion that is what kills the game for me. There are some brilliant moves, the magic for one you have a finite supply, you can't willy nilly just mage about, it causes you to be frugal and always thinking about it. With that though there are a few times it forces you to use it if you want to or not & even NPCs can effect your amount and cut it down. 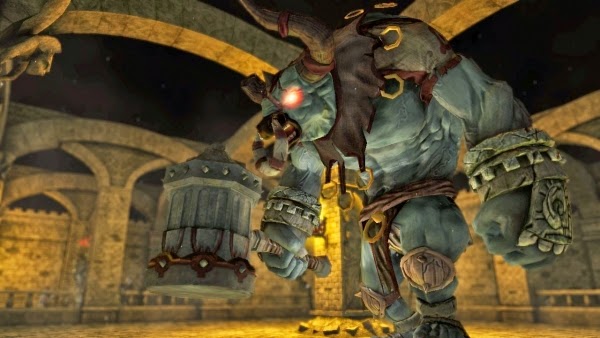 Deep down Natural Doctrine is a passable SRPG holding the door open for Disagea 5, with the right changes this could of been something much greater but it never seems to escape the feeling of budget title. The shoddy graphics, the ear bleeding looping tracks (Sorry for my language but the music is f***ing abysmal), part time writing and punishing difficulty it's hard to suggest staying for the complicated yet rewarding battle system.
I found myself jumping from enjoyment to hatred and back again so often with this title and it's an honest let down as I really wanted to love it. I would love in the future to see a follow up with everything addressed as the story holds promise and the bare bones of the battle system do work once it clicks (which will be around the 10 hour mark) but for now it's a poor attempt at breaking the SRPG genre & feels anything but Natural 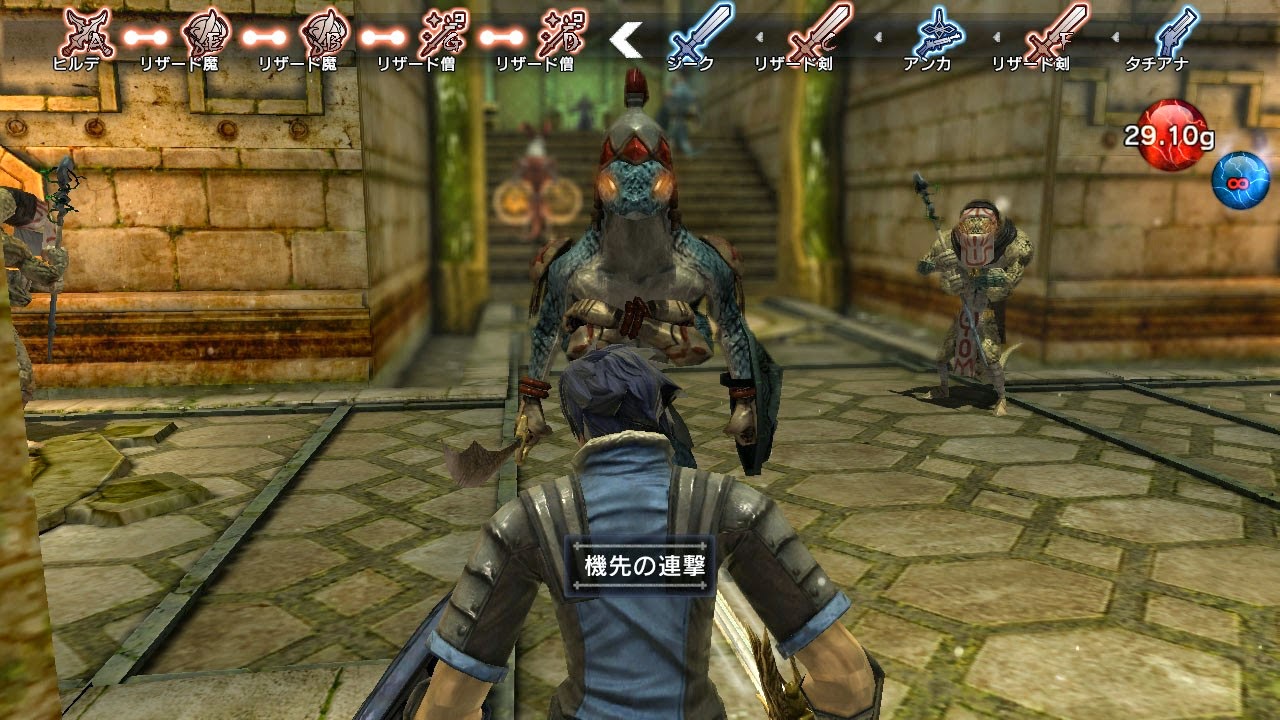 [There is a multiplayer component featuring competitive matches with human opponents based on trading cards you collect, this is separate from the main game so it's instantly available. Unfortunately I only managed 1 full match and 2 partial matches & as such am unable to form an opinion on the mode]

"Doctor, Doctor please, oh the mess this is!"

Posted by Andi at 01:10
Email ThisBlogThis!Share to TwitterShare to FacebookShare to Pinterest