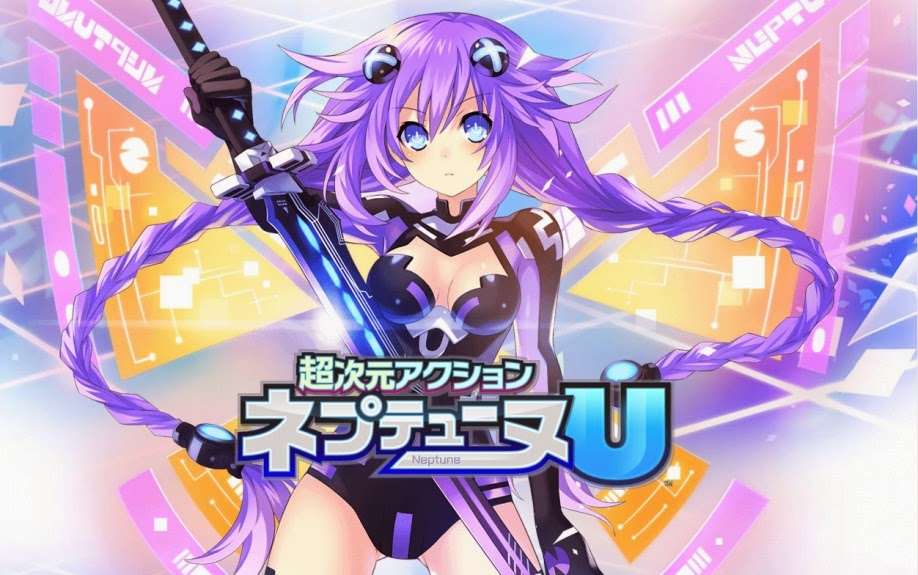 Ultra Dimension Action Neptunia U (超次元アクション ネプテューヌU) was released August 28, 2014 in japan currently there is no word if we will get this awesome little gem in the west. Currently you need to keep your finger crossed that we do. I’ll be calling the game Nep U for short in this preview. Developer´s are Compile heart, Tamsoft and the publisher Idea Factory. The company´s behind Nep U did a great job. 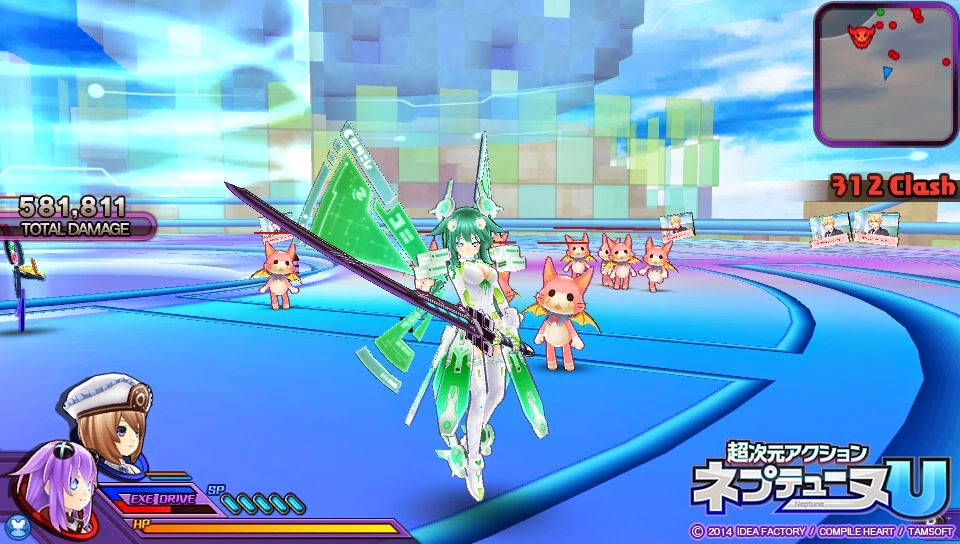 I´ll just give quick over look of the story. Are four CPUs protected the world for ages but the CPUs were not alone as they had the help of the CPU candidates their sister along with the inhabitants of Gamindustri Together they beat the seeds of evil but more brutal enemies and nasty beasts came.  These monster were quickly beaten by the CPUs ,CPU candidates and the inhabitants of Gamindustri. After some time everyone grew very very bored and that were the story of Ultra Dimension Action Neptunia U takes place. 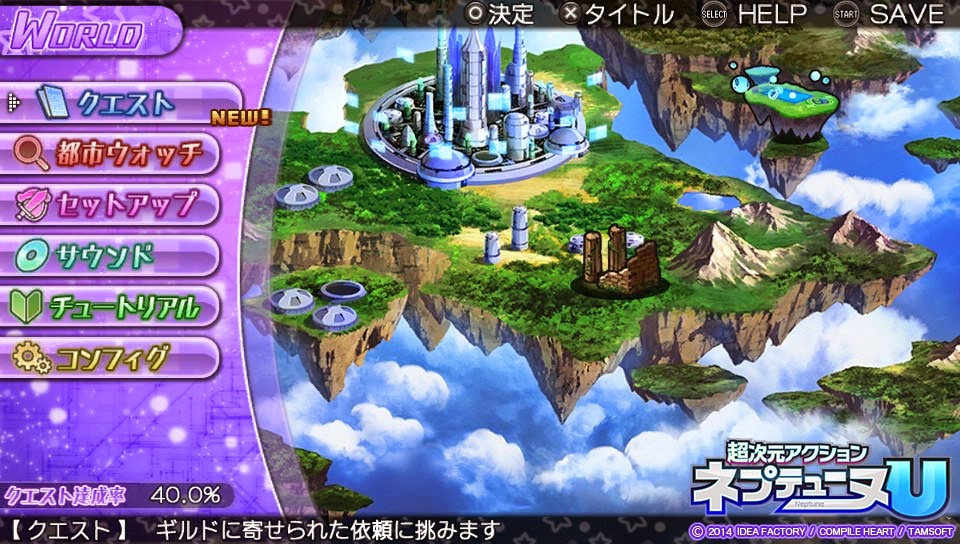 Our cast is Neptunia, Nepgear, Vert, Noire, Uni, Rom, Ram and Blanc as well as 2 more by the names of Dengekiko (デンゲキコ) and Famitsu (ファミ通) are all playable and you play in groups of 2 you can pick any of the characters for most of the missions that will cover the span of the story and the side events. I have not beaten the game there are 2 more choices at the opening screen so i don't know what modes that are. 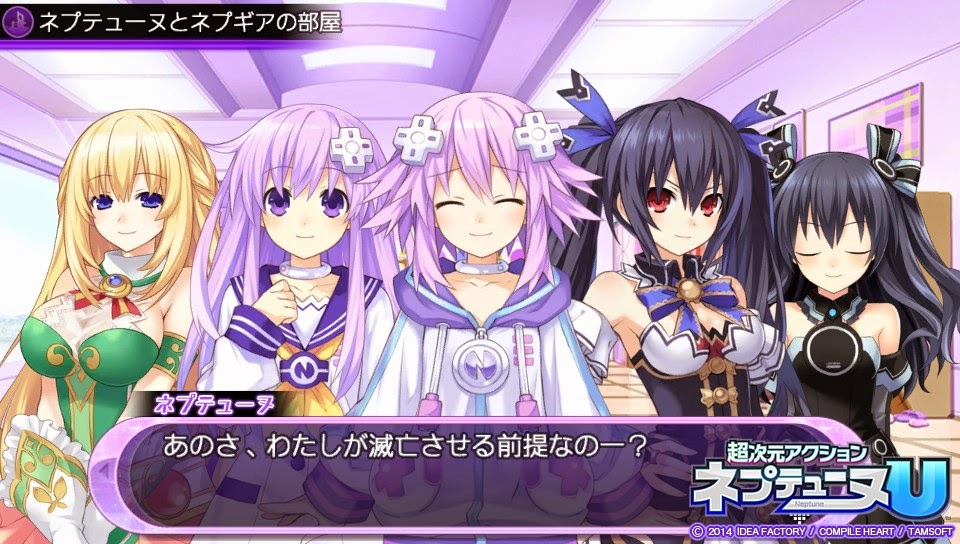 Lily rank returns as well what is a staple in the Neptunia games scene HDN mk2 which i love. As you party up with the other being you and who ever you pick, over time the Lily rank will improve and grow higher the sisters starting at Lily rank 3 while the others come from between 1 and 2. 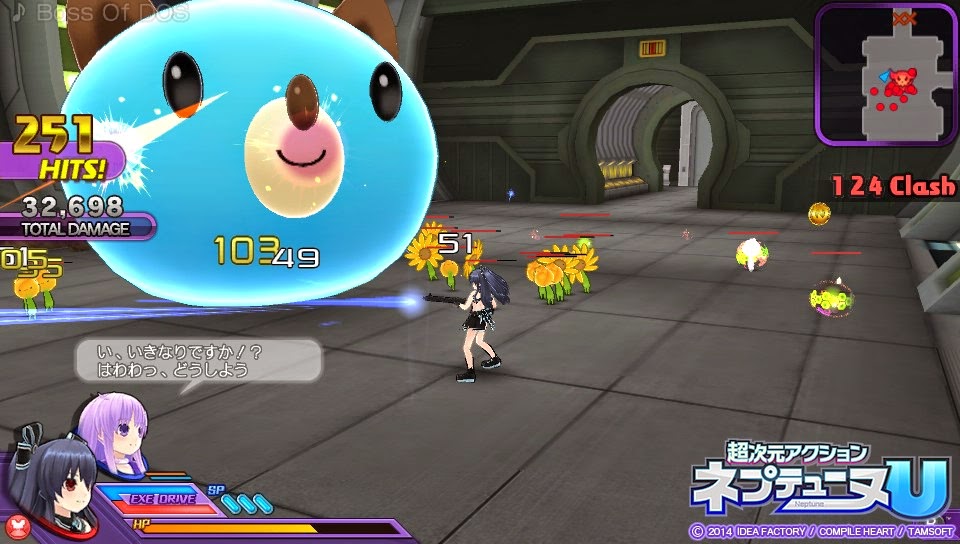 Controls are simple your Square and Triangle are your attacks,circle is dash and X is your jump button very easy to pick up and play. It feels like a mix of Dynasty warriors and Senran kagura in a 3d space instead of a 2D playing field. You got a 3d map to run and slaughter your enemies, which is a lot of fun. Costume break are also in the game when you take enough damage you outfit will rip this was also borrowed from the Senran kagura game they included it the game nice but you do feel a bit guilty when there outfit get trashed i know i do. You can grind metal´s which you can exchange for improvement and other things to like more defence or attack or what ever those the numbers can be steep special if it´s enemies you really hate to fight. 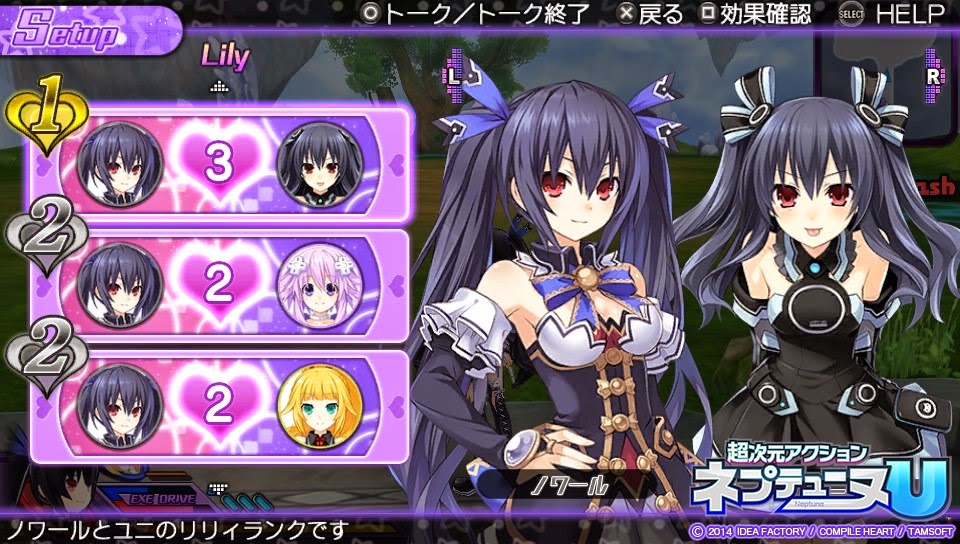 Quests are in a variety to choose from you have kill so many enemies, kill a certain enemy or kill both enemies at the same time which make you have hunt both of them down then get them corned and kill them.That can be pain, they also have one were it seem like you need to damage the enemy with a certain type of attack these can be most annoying. 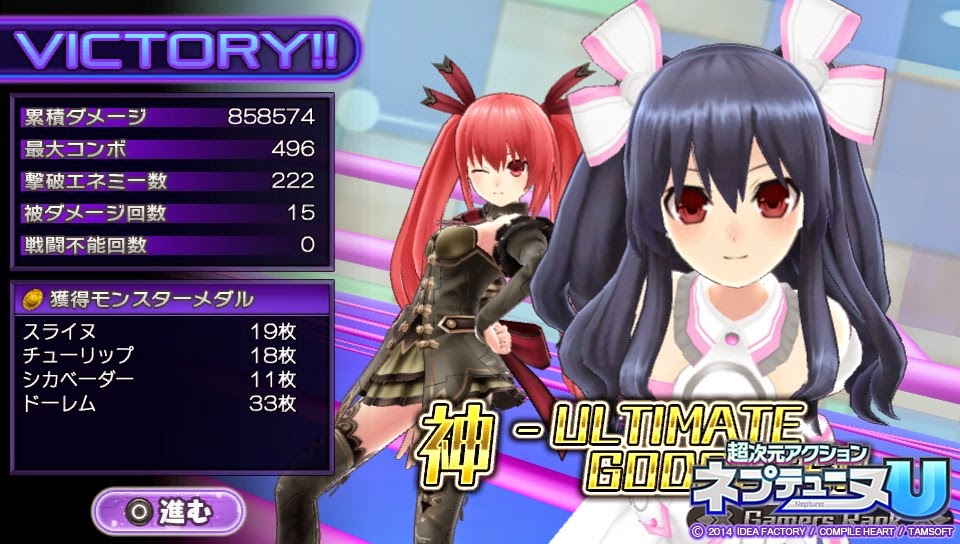 As you progress through the game you will unlock costumes and accessories all gear for the HDD forums as well.
From my time spent play this game i can say I'm really hoping they will release it over seas I'm sure all the HDN fans would love it and play the game all day. All you can do is hope it come over i know i am till then ill just play my Jp copy.
Posted by GundamNero at 10:41
Email ThisBlogThis!Share to TwitterShare to FacebookShare to Pinterest