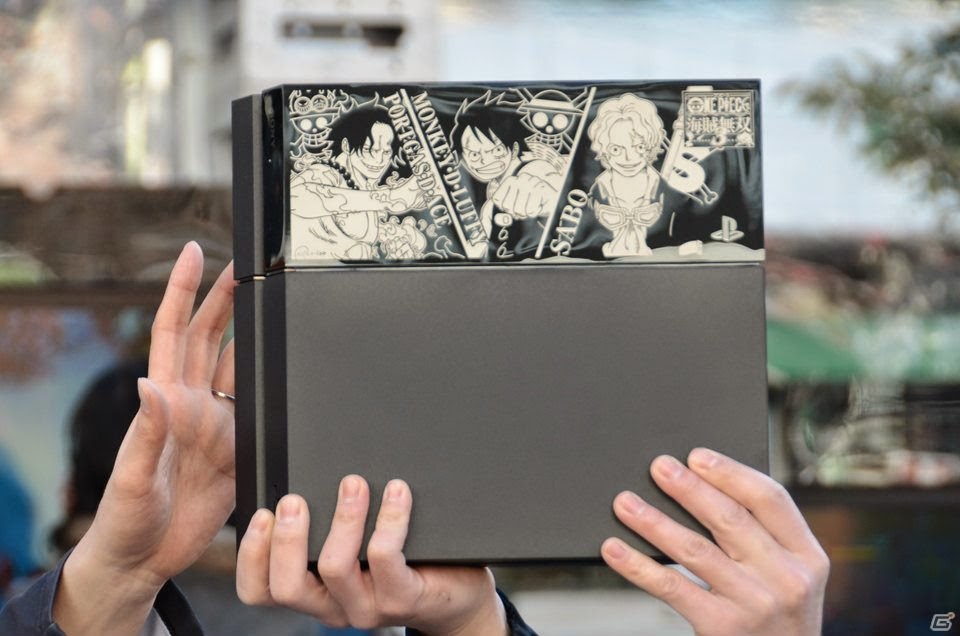 Bandai Namco has released a new trailer for the upcoming One Piece Pirate Warriors 3.
Alongside the trailer, an announcement was made regarding a special One Piece edition of the Playstation 4 that will launch alongside the game (pictured above) in Japan. This Sony store exclusive will feature a special hard drive bay cover, a copy of the game & an exclusive One Piece theme. A release is set for PlayStation 4, PlayStation 3, and PSVita on March 26th in Japan, and later in the year during summer in the west.

Posted by Unknown at 11:15
Email ThisBlogThis!Share to TwitterShare to FacebookShare to Pinterest