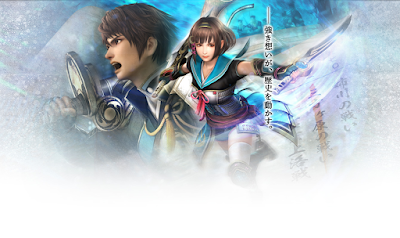 A Samurai Warriors Chronicles 3 rating has appeared on The Australian Classification Board.
With Koei Tecmo announcing localisations on a regular basis lately, with Deception IV: The Nightmare Princess last week and Ar nosurge Plus: Ode to an Unborn Star yesterday, It seems another announcement could be on the cards for the PSVita soon if this rating is confirmed. Samurai Warriors Chronicles 3 is the handheld spin-off for the series that saw a release in Japan on 3DS & PSVita late last year.

Posted by Unknown at 14:05
Email ThisBlogThis!Share to TwitterShare to FacebookShare to Pinterest