Hyperdimension Neptunia U - Action Unleashed or as I shall refer to it for this review HDNU is a action role playing game by Tamsoft and published by Idea Factory International, set for for EU release on May 22, 2015 only on Playstation Vita. 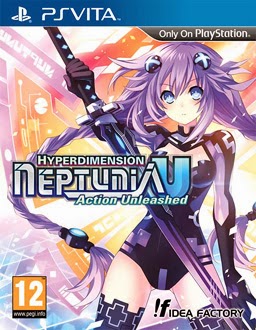 HDNU takes place in a parallel universe from the Hyperdimension series, this is actually stating in the game as non-cannon. In this title you play the roles of both the CPU and CPU candidates as well as two new new additions called Dengekiko and Famitsu, these new additions are rival Gamindustri journalists that gain the ability to fight on par with the CPUs. 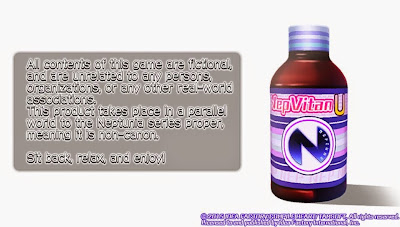 The story opens with Dengekiko and Famitsu each respectively asking the CPU or the CPU candidates if they can write a article on them and how they deal with quests. After some gentle manipulation and the desire to outshine one another the two girls end up with their articles, however as a result they are ordered to work together on a follow up with both the CPUS and candidates. Working alongside the girls they will not be reporting from the sidelines this time, as you progress you will learn that even in this time of peace all is not always as it seems.

The story comprises of very little dialogue compared to to the other titles in the series, I assume to keep the game action packed. That being said even with the minimal text it keeps the story clear and flowing quickly offering only the occasional short scene to keep you up to date. Even without it’s usual lengthy comedic scenes it still manages to slip in some of its trademark humour and references keeping the story amusing and showing the bonds between them, while often breaking the fourth wall, something which is almost an expectation for the series. In a game were they keep the story short and sweet thankfully they have continued to keep the same level of humour I have so come to love from the series. 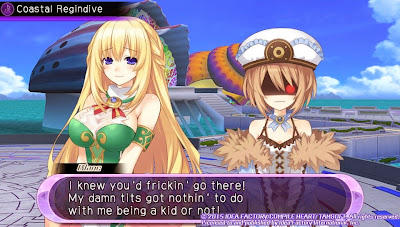 This entry to the series does not stray away from the norm of the franchise relies almost entirely on 2D visual novel story telling, this is not a criticism as that has worked flawlessly for the series and will continue to do so for as long as the series continues, really standing up to the old idiom “if it ain’t broke, don't fix it”. The majority of the game however will be spent in 3d maps chosen from the quest selection screen, while in some titles of the series have suffered stuttering, long load times, frame rate drops and even crashes at times when there are multiple foes on the screen while playing on Vita, I was impressed by how smooth this game really was even with the sheer number of foes coming at you at any given time. It holds true while keeping the fast paced combat flowing ,only once did I come across a problem in my 50 hours of play time which was a loading screen crash, beyond that that it ran brilliantly. 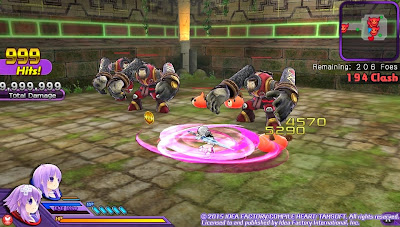 Also there is something new, a visual treat for some fans of the series and in particular fans of titles like the Senran series, as you take damage during the course of battle the girls clothes will rip and tear, a mechanic they openly vocalise their displeasure about. When the damage is done there is a short scene where the girls clothes tear off, this can at a later point can be stopped with fan service free clothing or actually increased with easier to rip ones. 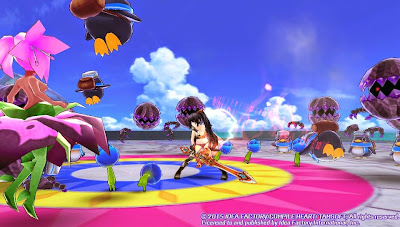 Moving on to the the sound design, any fan of the series should feel right at home with Action Unleashed offering soundtracks from across most of the series, quite often being exactly what you would expect from a arcade style beat ‘em up. It fits in well with the style of the game and giving that little bit more of a atmosphere however on a rare occasion something completely out of place will start playing. I think my personal favourite would have to be to hell or nightmare innocence. Overall there is a nice selection you can listen to at will from the sound option.

The VN scenes are again typical of the series in that they are fully voice acted and are done to as high a standard always have, the only other voiced dialogue is your partner occasionally commenting on how your doing in battle or expressing a desire to take part. The same can be said for the over all sound effects for using skills and the ripping of clothes ect, they are of a good quality, well timed and don't feel awkward or out of place. 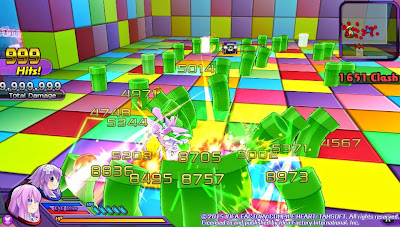 On that note the game play is so much fun while maintaining a fairly low level of difficulty meaning most will find enjoyment in it. However it can sometimes become a little repetitive with extended periods of play this will obviously differ with each players play style and over shorter periods of play this should not be a issue.

You take one or two of the 10 playable characters into battle against up to 1500+ foes and/or boss monster and gleefully hack your way through them to complete your objective. These objectives can range from kill a set number of foes to destroying a big monster or even finding items, but as well as this there are some irregular quests that require a little thought than blindly hacking and slashing. These quests often only hint at your objective from time to time and some stick out as the black sheep of the questing system being very different to most others. For the most part you will be beating down on dogoo and other well known foes from the series using your normal form, and where needed using the ability to switch to your HDD mode giving you a boost to your stats. 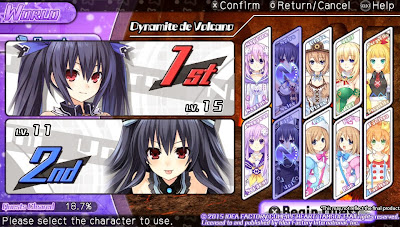 This is done by relying on your weak or strong attacks or combinations of the two as you freely move around the battle zone, you can also dodge attacks which can allow you to deal millions of points of damage killing hundreds of foes while remaining unscathed yourself. Also available to supplement your basic attacks are skills and special moves that do huge damage. All in all the combat is done very well if a little simplified taking very little on the players part, You are able to start a combo, use a skill and then transform in only 5 button pressess. With all of this at your disposal you can easily demonstrate your capability as a near god capabile of annihilating these adorable little monsters even in the middle of a fray of 50 spac... I mean pixelvaders.


Most of your game play will take place on either the 3d battle screen or the map screen, both of which I have included screen shots below. 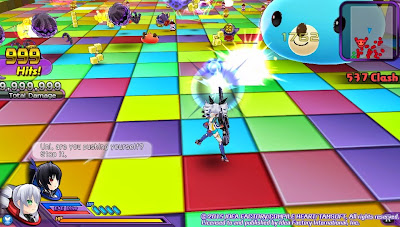 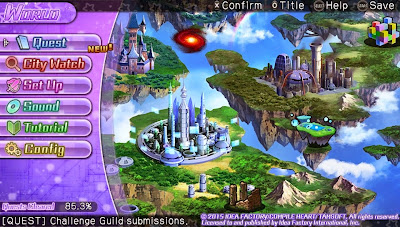 My final notes on HDNU are to say that it is one of the most enjoyable games I have played for a while and even after 100% completion I would likely be playing again. It flows well its fun and is honestly a strong contestant for my favourite HDN game.

Keeping in the spirit of the game I have to mention this trophy, it is nice to see a title as steeped in humour giving its achievements as much love in that respect. Does this make me a gamindustri star journalist? I can only hope that there is a follow up title so I get to find out. 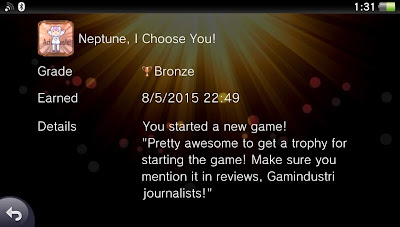 Posted by Unknown at 21:13
Email ThisBlogThis!Share to TwitterShare to FacebookShare to Pinterest