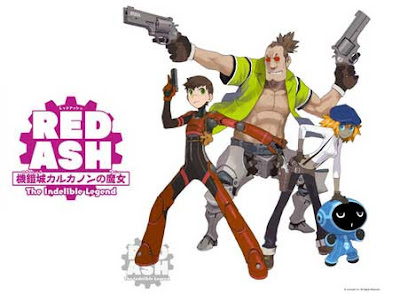 comcept Inc has revealed the RED ASH project in collaboration with Studio 4°C during a joint panel at Anime Expo 2015.

RED ASH is a joint effort from legendary Japanese game creators and an animation studio, comprising of two teams, "The Indelible Legend" spearheaded by Keiji Inafune and his team made up of key members of the original Mega Man Legends development team, and "Magiciada", headed by the legendary animation studio Studio 4°C who are well known for their animated films including Memories, Spriggan and Berserk: Golden Age Arc as well as their contributions to well known western projects such as ThunderCats, Animatrix, Batman: Gotham Knight, and Halo Legends.

The RED ASH project will be launched as two separate Kickstarters, The game team will be using its funding to create "The KalKanon Incident", the key prologue to the RED ASH universe. All revenue from this prologue will be used to launch the development of a full RED ASH title in the future.

Giving fans the choice between supporting the game, anime or both development projects. Individual backers will be given rewards based on contribution including the opportunity to involve themselves in the creation of enemies, name characters and places, vote on designs, meet the creators, tour the studios, and much more. 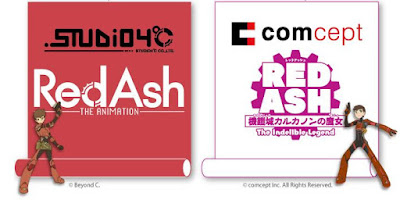 The two RED ASH projects will share character concepts and the world of treasure hunters who seek treasure and feral robots who hunt humans. The visionary creators at each studios will imagine their own unique take on the RED ASH universe.


A universe involving a world not unlike Earth....

In the aftermath of the Robot World War,humanity is pushed to the brink of extinction. The few that remain have managed to persevere and survive, battling feral robotic weapons at every turn.

With the help of Lost Technology, humanity has started to rebuild and some even live in opulence in the newly formed cities.


However, their livelihoods are supported by the brave fools who hunt the dangerous underground ruins for Lost Technology.

These people are known simply as Delvers.


If you wish to involve yourself in these upcoming projects, then click these links to the appropriate project you want to back.
Game Kickstarter

Posted by Unknown at 20:55
Email ThisBlogThis!Share to TwitterShare to FacebookShare to Pinterest