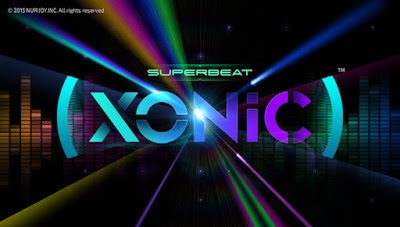 Rising Star Games has announced the upcoming release of Superbeat: Xonic in Europe this year.
The new rhythm game for PSVita developed by the creators of the DJMax series, previously announced for release in North America, will be released in Europe this Autumn. The CEO of PM studios, Michael Yum, went on to say:


“I’m extremely excited to work with my former colleagues and bring what I feel is our spiritual successor to DJMax. We’ve been listening to the fans and decided that the Vita was the best platform for our players. I’m also very honoured to work with the talented folks at both Nurijoy and Acttil on this new endeavour. With the former DJMax developers at both PM Studios and Nurijoy developing what they’re best at and by allowing Acttil to help us bring this game to the market, I feel we can give the players something they can really enjoy.”

Posted by Unknown at 21:33
Email ThisBlogThis!Share to TwitterShare to FacebookShare to Pinterest