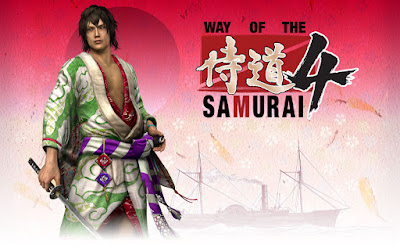 Ghostlight Interactive announce a release date for the Steam version of Way of the Samurai 4.
Way of the Samurai 4 launched on Playstation 3 back in 2012, with the PC release seeing a delay at the time, and is set during 1855 in a fictional port town that sees you joining a one of 3 factions during a rebellion. Way of the Samurai 4 will launch for PC via Steam on July 23rd, with pre-orders from July 16th including a 40% discount over the games launch price. A new trailer is available below:

Posted by Unknown at 19:35
Email ThisBlogThis!Share to TwitterShare to FacebookShare to Pinterest