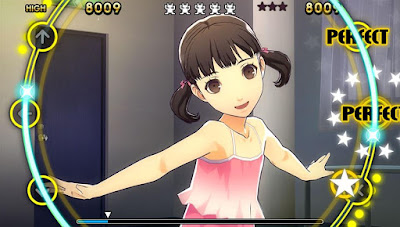 Atlus has released a new English character trailer for the upcoming Persona 4: Dancing All Night.
The new trailer is for Nanako Dojima, who visits Yu and the rest of the Investigation Team as they perform at the Love Meets Bonds festival, and manages to impress Rise's manager enough to take to the stage. Persona 4: Dancing All Night is due to release for PSVita in North America on September 29th, with a European release to follow soon after.

Posted by Unknown at 21:37
Email ThisBlogThis!Share to TwitterShare to FacebookShare to Pinterest