Would you want to remember this? 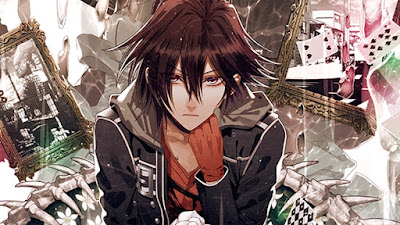 Amnesia memories is a Playstation Vita visual novel from Idea Factory set for release on the 26/08/2015 for the EU. A Steam release is set for the near future and it is heading to IOS and Android devices thanks to Gloczus, inc however further information is unavailable at the moment.


Amnesia Memories revolves around a young woman (who you will be naming and playing as) that as you may have guessed, lost her memories. This is due to coming into contact with a young spirit named Orion, who somehow became fused with her and is taking up the space her memories resided in, forcibly expelling them and leaving her with no idea who she is, who her loved ones are or anything else for that matter. Orion vows to help her regain her memories as doing so will release him, reversing the process, and so the pair set of in search of love, friends, and memories. 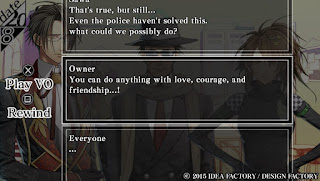 The first thing you will need to do after this is pick one of the worlds originally open to you, this dictates which of the 5 stories you will play. Each of these worlds will centre around 1 of the 5 male love interests for the heroine. Shin, Ikki, Kent, Toma or the 5th that I will not mention for the sake of spoilers. Each of these given routes have a true and normal ending as well as multiple bad endings. The ending you get will be dictated by 3 or 4  things. The heroines interest in the chosen man, the trust between them, his suspicion that she has amnesia, and finally her doubt in the male. 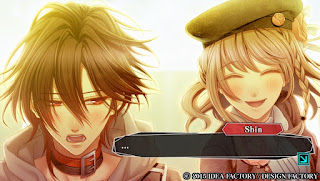 These gauges rise and fall based on the choices you make throughout the game and can be checked at any time via the menu. All in all its very simple and relaxed, making it easy for the player to follow their progress and utilise the quick save/load option to change their choices for the desired ending.

Now depending on the world you pick the story changes, but despite being parallel worlds the actual changes mostly come in the form of your relationship’s. For instance you always live in the same house, always have the same job, walk the same streets, know/meet the same people. Honestly, it can become very samey and feel a little repetitive at times.

Fortunately with the focus being on the relationship and bonds of each given world, each of the cast members have a distinct personality (such as the robotic mathematical genius, Kent, to the playboy Ikki) but they each have another side to them giving them some depth, though this other side is only really seen in their given routes as you develop there bond with them - for better or worse. This again means no real contrast in the non main love interest between worlds, in fact the only person that seems to change in every single world is a secondary character, the manager at work and by the 3rd world I played he was about the only person who had not become stale and predictable. 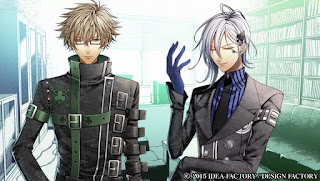 However there is something seriously wrong with the fact that in the true ending this women ends up with any of these men. She spends the game worried they will hospitalise her, but frankly everyone in this game needs locking up! Kent is about the only normal person in the whole game he is a little odd and robotic to be sure, but he is sane at least and grows to be likable whereas the others just remain somewhat creepy and weird.


Fortunately the one person always at your side in any of the worlds is the lovable Orion, He is probably the best written cast member from his advice to his outbursts or his jokes, I found him the highlight of the original 4 worlds. Always around guiding you, or with many witty comments about how her boyfriends treat her. Honestly, I think he's the only guy in game I didn't dislike and almost felt sad that he fades away as she regains her memories. 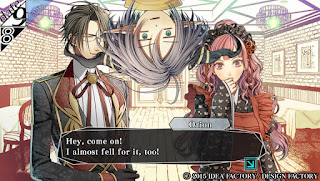 Orion proving he can pop up just about anywhere

All of this is driven home hard by the complete lack of interaction. You can get by with just the X button for the most part. While this is not wrong given the fact its a visual novel, it seems like nothing more than a straight sprint to the end with little else going on around it. The only options given to you progress the story to one end or another, and even then its common sense that gets you any given ending you're trying to achieve, making this game even more simple and bland. Ultimately, I was left feeling like I could have completed it without paying any attention at all, in fact I tested this theory out on my first run of the second world and only paid attention to the choices you make and managed to come out with the normal ending, whereas my second run I paid more attention resulted in 3 minor changes and gave the good ending.

The actual stories for each world are not bad, not brilliant, but not bad. However they are all quite transparent and are fairly short, consisting of about 25 days sometimes with 3-4 days skipping by with nothing more than someone asking how your doing or going to work if anything happens at all. But with that said replaying any world for each of the given endings feels very unrewarding as most of the changes are ever so slight with the only notable change been the actual ending itself. 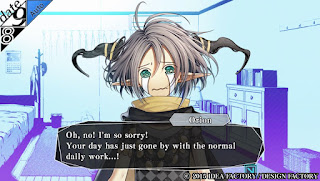 However I was pleasantly surprised when this all culminates in world 5 and the final true ending, which honestly despite being able to see it coming from a mile away, the final tale was much more interesting than any of the others. As well as it being a unlock, it feels genuinely rewarding to see it all come together as one story.

Sadly on that positive I have to drop yet another negative. Obviously being heavily text based I would have thought they would have actually double checked their spelling. Words joined together, spelling mistakes, words repeated one after another, at one point in the game I saw this "!!1!" There is an expectation in many games for there to be a handful of spelling and grammar mistakes, but this seems to have not been checked at all before release. 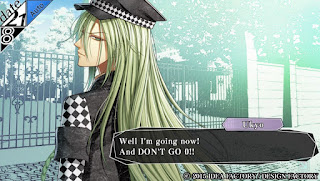 One of many many mistakes

Visually the game looks quite nice as far as VN’s go, with the standard 2d characters occasionally changing their pose or facial expression, and still scenes (usually between the heroine and her love interest kissing or holding hands) It's standard, but the distinct personalities of the cast really helps give some life to them despite the constantly reused dozen or so backgrounds - how can 5 worlds even have items in the exact same spot every day?

On a side note, I did find two mini games in the main menu. One is a form of rock-paper-scissors that requires you to hit your opponent if they lose or block if you lose. A clean hit gains you a point while blocking stops the winner getting said point, making a wrong decision gains the opponent a point. (I'm quite sad to say this one one of my highlights of this title) the second is air hockey! This is played using the touch screen and for those that don't know the rules you move your disk on the lower half of the table and the opponent on the upper you use the disks to knock the smaller puck into the opponents goal while protecting your own goal from the opponent. These are quite nice little games and a nice change of pace between story runs. 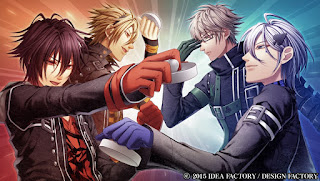 Ultimately after my first play through of Shin's story I had to will myself to attempt the other endings, and even when moving on to a new world the joy of the small changes soon wore off as the transparency of the plot and characters returned faster as my understanding of each of them grew. The true rewarding story coming when you trudge through the less interesting ones, this may be a better story but its a lot of effort to get there.

Originally the game scored 3/10 as per our rating system, usually these scores are final and justified through our text. On this occasion several members looked over this and compared with other reviews of the same genre and felt the score didn't justify the text. After discussing the issue with the reviewer Jay we came to the agreement that the game suits the score of 7.

The main issues still stick with it's repeating nature & the dialogue issues but feel scored as compared to several other Visual Novels this is a much fairer representation of the game and it's standing.

As Editor In Chief I apologise to you the reader & Idea Factory for this mishap, measures have now been put into place to make sure this is an isolated incident. We never make changes to live reviews but in this case I personally believe it's justified.