Who's the Perverted one?

Today's plan was to write up another retrospective for you guys to feast on but that changed earlier. While I was scouring the internet for more information on Hyperdimension Neptunia: Rebirth 2, I decided to look at forums. These are good places for getting snippets of information as the odd person tends to have a bit more info than the journaslists do on websites it seems. As always though, as with any topic about a niche JRPG, the usual 'dude-bro' gamers were wading in with their 'weeabo' comments. That doesn't bother me. Im an Otaku, not a Weeabo, so they are the idiots for not being able to discern the difference between the two. It's the 'loli loving pedo' comments that cheesed me off. According to these people, anyone that plays an Otaku JRPG (moe, anime styled JRPG with a sprinkling of fan-service) is a Pedophile. A little extreme I know, but thats the world we live in today where people who don't fall in line are ridiculed in such obscene ways. After thinking on it for a while, I came to a startling conclusion. For them to label someone else a 'pedo', they would have to find the game sexualised themselves. Thus, wouldn't they be having sexualised thoughts about the characters thereby making them the pervert? You following me? Let me explain using Hyperdimension Neptunia and my own perspective on this debacle.

First and formost, we're gonna have to talk Moe. This would probably be the main reason for the slur when you think about it. To explain Im gonna use an excert from Wikipedia -

There are various interpretations of what moe is today and in the past. Joseph L. Dela Pena argues that moe is a pure, protective feeling towards a female character, without the sexualization of lolicon also known as loli. Jason Thompson of Otaku USA regards moe when applied to young female characters or people as being an offshoot of the lolicon phenomenon and the role of cuteness in Japanese culture. Scott Von Schilling sees moe in this sense as being indicative of men in their thirties "longing for fatherhood"

So there's basically more than one definition of Moe and it all depends on your perspective. It either endears you to the character, you see it as an offshoot of the lolicon fetish or it fills some personal need for you. Personally I'd probably plonk myself on the first description noted. When it comes to Hyperdimension Neptunia I find Neptune to be Cute, Funny & Kick-ass. Ill go out of my way in battles to ensure she's always ok and would gladly sacrifice the rest of the party to make sure she safely survives the battle, even knowing that she isnt always the best character to use in battle. Yes, You could say I've 'endeared' myself to the character. Does this mean I have perverted thoughts over an anime girl!!?? No. Dont be daft. It just means I have a favourite character in a game. Just because the game has a moe style to it, it doesn't mean its sexualised, unless it is from YOUR perspective. Looking at the images Ive put on this post its clear to see that Hyperdimension Neptunia has a Moe styling, No-ones gonna dispute that. But Moe as being sexualised is down to Perspective & Opinion. Its funny as if I was to use dude-bro logic, When people say their favourite character in Gears of War (as an example) was Marcus Fenix, due to the military styling the dude-bro's love that means they have erotic thoughts over him and are actually a closet gay? Of course it doesn't. But what Ive shown is that by their logic, all Id have to do is swap out Moe/Neptune for Military/Marcus Fenix and it's the same situation and can easily be flipped. Its stupid logic. 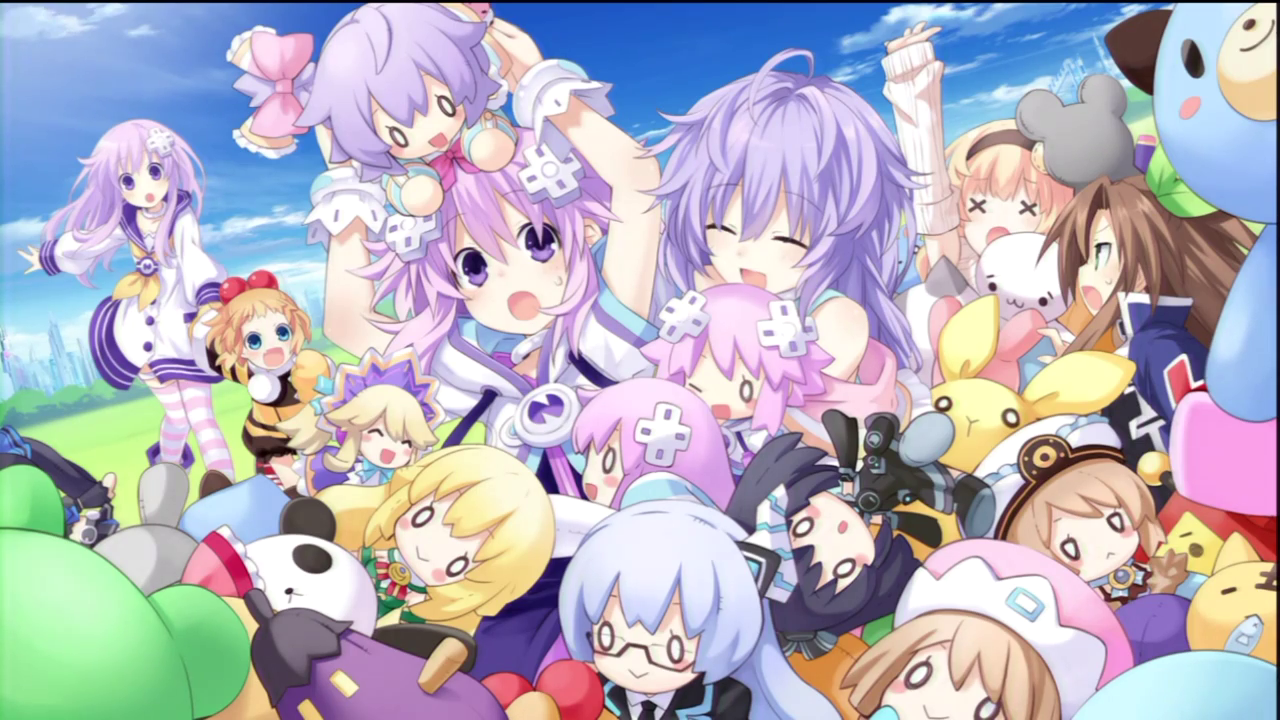 Bu..Bu..Bu..But what about the fan-service!!?? aah. The usual stick to beat a JRPG with. In all honesty I have yet to play a game that has an over-abundant usage of fan-service to warrant a lowering of its review scores like we tend to see. Take Hyperdimension Neptunia Mk2. In the entirety of what was played there was about half a dozen instances of what id consider fan-service, at most. Half a dozen!! Ive seen a hell of a lot more in a single episode of the likes of Spartacus, which is nothing but 45 minutes of mindless sex & violence each time. With how sexualised TV n the like are these days its amusing how flustered people get over the sight of an anime girls panties. So why does it happen? Again, its due to Moe. Those doing the reviews probably see the moe as sexualised Lolicon and judge the game accordingly. Me? Ive stated numerous times on the blog that I dont give a shit about fan-service, to put it bluntly. When the likes of the Dead or Alive series can get away with the most blatant fan-service in gaming for so long, why should anyone even care? It sells so people dont mind! With some characters, like Ayane, being only 16 and fan-service still appying - Its ludicrously hypocriticial. A game built around its fan service is totally acceptable but an anime styled game with a few moments of it is lambasted? The mind boggles. With how much these people get flustered & in an uproar over the slight viewing of some shimapan, Id hate to see how they react in real life when they actually get to see a real womens panties. A quick stroll past Anne Summers must leave them gushing... 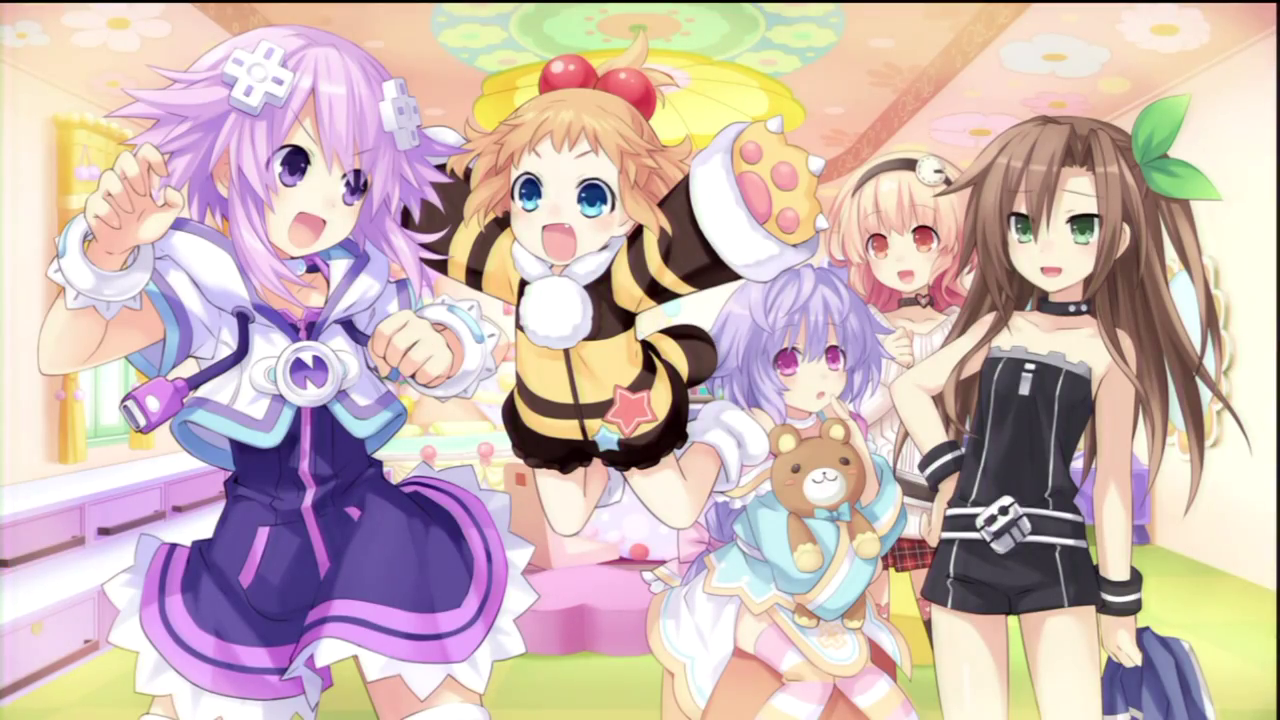 I could go on & on with a rant about this, but instead Im going to leave you with this question - So am I a 'Loli loving pedo' for endearing myself to Neptune in Hyperdimension Neptunia due to her being Cute, Funny & Kick-ass? Or are the ones that label me as such the perverts due to them seeing the Moe styling as sexualised? Thats the question Im gonna leave you folks with. Personally I hope this issue gets discussed more as the labelling of JRPG gamers as pedo's on numerous gaming websites is starting to get out of hand. Even Mainstream JRPG gamers are getting in on it sometimes. Do these people even know what a Pedophile is?

Posted by Unknown at 15:13
Email ThisBlogThis!Share to TwitterShare to FacebookShare to Pinterest