"Face it Pretendo, you weren't worth waiting for." 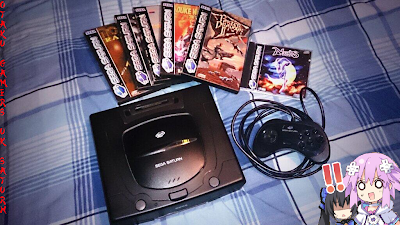 If you were following my twitter last night you'd have seen a couple of Saturn pics as I did indeed pull out my Saturn to refresh my memory for this retrospective. In truth, I have been neglecting it of late. With authoring here I'm usually busy with playing through games for review or checking on recommendations so Ive not much time for my SEGA consoles. After last night though, I think I may keep one plugged in at all times now as they are a great way to unwind due the vastly different vibe you get from SEGA consoles compared to modern systems. Amusingly though I'd forgotten that the AV Composite cable Id purchased a couple of months ago was for my Mega Drive, Not my Saturn. So I had to Use the RF cable and tune the Saturn in to my TV. I suppose it helps with that old-school vibe (Ive now ordered an AV cable for the Saturn, you only get mono sound through the RF cable after all) or that's what I kept telling myself.
The console itself is surprisingly light. Its one thing about the Saturn that's always surprised me as you'd expect a bit more weight due to the bulky look portrayed in pictures. Lets have a quick look at specs, this has to be done due to the somewhat contentious nature of the infamous architecture of the Saturn:
Just looking at these basic specs your no doubt wondering one thing. Isn't that like a 6 processor count? Indeed it is. Whether the extra CPU was added late to combat the Ps1 specs is up for debate, theres no denying that what SEGA launched was quite a convoluted piece of tech compared to its competitor. There was a few nuances with the hardware that required a lot of work, namely the 2 CPU's sharing the same bus so both are not able to access memory at the same time, which caused all manner of negative press back in the day. Couple this with the Saturn utilising Quads instead of triangles and a lack of hard coded hardware effects meant inferior ports of games that were developed on the easier Ps1 hardware first. Games developed from the ground up for the Saturn though could compete, or even surpass, similar titles on its competitors. The extremely impressive arcade port of Virtua fighter 2 is a good title to look into for that purpose. Similar to how the Ps3 & its Cell CPU have been this generation, it took a few years at least before games truly started to take advantage of what the Saturn had to offer. Where the Saturn bests almost everything else so easily that its criminal how understated it is, is 2D performance. The Saturn was a 2D powerhouse! It's just a shame the industry was moving towards fully 3D at the time but even then the Saturn still produced some marvellous 2D games. Its 2D capability's are reputed to even best its successor!  The cartridge slot on the back could be used for game saves and also to add more RAM for game that required it for high res options. One aspect of the Saturn barely ever touched upon, was the convenience of built in storage for save files. Granted, it was powered by a CR-2032 battery that would lose your saves if it ran out of juice, but it was a great addition for the time.


Before I start talking about some of the games I played, I wanna talk about the controller. The Model-2 controller is without a doubt one of the most sublime pieces of equipment you will ever hold in your hands. Similar to a Mega Drive 6-button pad, but sleeker with a D-Pad that laughs like Laharl at the pitiful attempts on other controllers. Its also incredibly light to the point where it feels like your not even holding anything. Its most definitely the best pre-analog controller out there. Funnily enough the controller makes me want to play a fighting game even though I'm not a fan of the genre. It just screams "2D fighter controller" with its sleek design and layout. 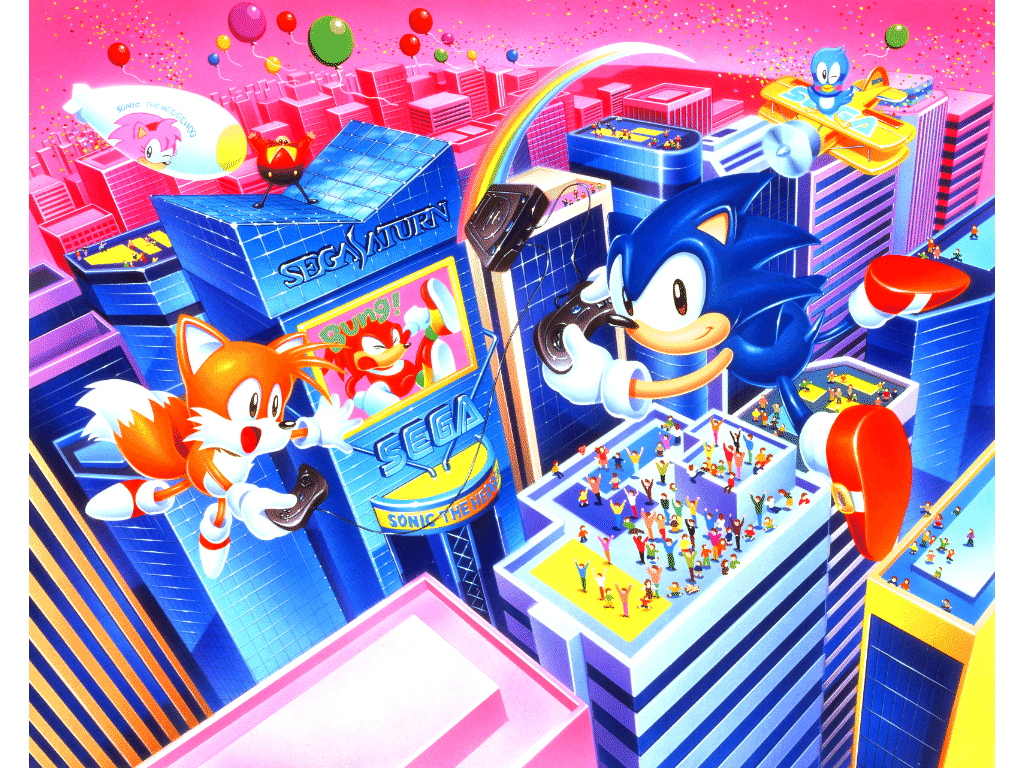 To be honest, I don't have the best games for the Saturn. Those hoping I'm going to have a look at something uber-rare will be disappointed. What I do have is Nights into Dreams, Panzer Dragoon II Zwei, Sega Rally, Duke Nukem 3D, Wipeout, Command & Conquer and Tomb Raider. First Im going to mention Panzer Dragoon. Aside from its super smooth gameplay, its graphics were incredible for a 32-bit system at times. I hadn't played the game the first time around plus I only purchased it from a second-hand store so last night was my first time with the game. The water effects during Episode4 when flying through the cavern were incredible, almost 6th generation in its execution and the smooth texturing showed just where that extra VRAM was going. Nights into Dreams was another I missed the first time too so I was eager to try that. To be honest I weren't sure what to do. I have the version of the game that I assume comes with the 3D controller so with me not getting that I'm guessing that's why Ive no manual. Stupid Ebay. I think Ill try that one again later and give it a thorough seeing to. Duke Nukem 3D was up next, and contrary to popular belief, is superior to the Ps1 version. Using Lobotomy Software's "Slave Driver" engine, instead of BUILD, the game was rebuilt for the Saturn and featured dynamic lighting which was missing from other versions. It plays just as you'd expect a pre dual-analog FPS to play. Yep, perfectly playable. It still retains its hardcore difficulty though. Those pig cops are brutal with those shotguns. I also popped Wipeout & Tomb Raider in for a bash too but they were as you'd expect. Perfectly playable still. Sega Rally was another to mention. Its one of those game we love SEGA for. SEGA have always had these arcade ports on their systems and had kept the 'arcade' vibe going with their consoles straight through to the end of the Dreamcast. That was one of the main things to set SEGA apart from the competition. That old-school aracde gameplay that everyone else eschewed in favour of the gameplay we have now, SEGA continued to embrace. While SEGA do still make the odd arcade style game, its becoming a type of gameplay that's becoming rare amongst consoles that rely on tried & true mechanics from the past decade. While the Dreamcast had its fair share of arcade ports, Its the Saturn that I see as SEGA's last true arcade system.

So where did it all go wrong with Saturn? No one really knows. It could have been the architecture, the surprising launch 4 months early in the US or the ease of development and Superior marketing push of the PlayStation. Theres no doubt more than just these few reasons. I suppose that was the problem with the Saturn. It was always facing an uphill struggle and SEGA's decision to discontinue the Saturn just as software was starting to show some really promising signs couldn't have helped either. Even amongst fans the Saturn seems to be the black horse. Personally I think my decision to purchase another Saturn after all those years for myself last Christmas was a great idea. Its been great playing through some games on it again, although Ive got a long way to go to replace my collection, but to brutally honest - With how great its been having a Saturn around this year its probably the reason Ive still not picked up another N64. Read into that what you will. 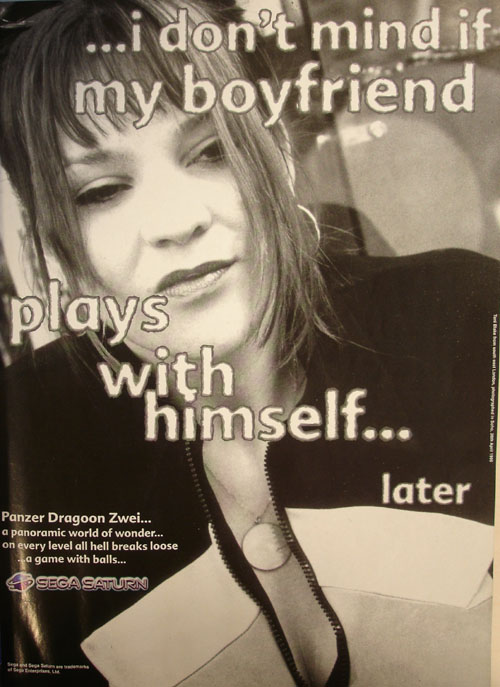 Posted by Unknown at 16:15
Email ThisBlogThis!Share to TwitterShare to FacebookShare to Pinterest