This week Famitsu magazine has reported that the first 3 in the Ace Attorney games will see yet another release in the form of a 3DS title. 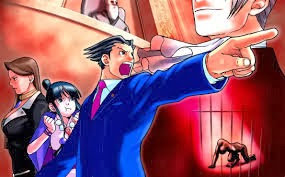 All three of the trilogy will feature on the same cartridge & have 3D features added into them, feature both Japanese & English language & are also releasing a limited edition which comes with a bonus Drama CD. First print also get some download codes for BGM & an original background image!

Ace Attorney 123: Wright Selection releases April 17th in Japan. No other region release has yet been mentioned


Posted by Andi at 11:07
Email ThisBlogThis!Share to TwitterShare to FacebookShare to Pinterest