Head on over to the website for the latest Hyperdimension title (the spin-off is titled Planet destroyer Black Heart) and you may find some new character profiles. Lets have a quick look.. 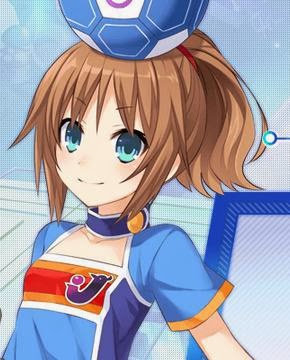 Win appears to be a play on football/sports games, Winning Eleven springs to mind with it being a Japanese produced series. Win thinks about the team over herself, as you would expect from a football player with football being a team game, and her outfit is styled like a football kit complete with what looks to be shorts. A surprising & interesting inclusion. 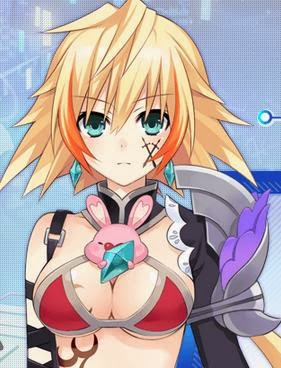 Ain Ar might actually be a joke on the more 'epic' Jrpg's out there like the Final Fantasy series. With her somewhat stylish appearance (is it just me or does her hair remind you of Cloud from FF7?) and older demeanour compared to some of the other RPG characters, It seems a little obvious the Final Fantasy assumption to me. I could be wrong though as there are a few old epic RPG series still around. 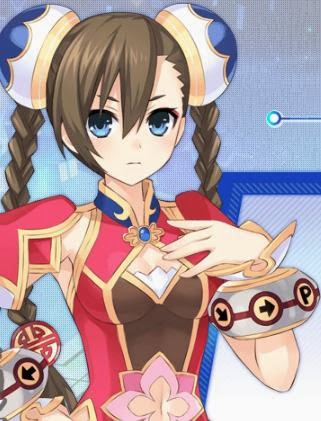 Lee Fey is clearly a Street Fighter gag. One look at the character and your instantly reminded of Chun-Li. With Lee Fey & Win here so far being from out side of the RPG genre, looks like Compile Heart are expanding their parodies for characters into other genre's.

Saori looks to be the main protagonist in a Romance/Dating-sim. Always dreaming & talking of love. Siliconera has an idea of just who she could be based on - I think she’s a Tokimeki Memorial joke since she looks an awful lot like Shiori Fujisaki also Compile Heart just switched one kana out for another to make her name

Lestra looks like a Record of Agarest War parody, which shows Cmpile Heart are also looking towards their own for parodies. Lestra seems to like bananas and has an interest in ecchi, huge giveaways. Anyone that has played the Agarest series will see. Even her character design is reminiscent of that series.

Lady Black looks like a poke at arcade games of yester-year. Her ribbon clip may hold some clue as to her basis (Pac-Man maybe?), plus she just so happens to be the oldest of the girls which would imply that shes from an age before these series came to fruition. Everyone could be completely off with this character, but there are enough clues to make that assumption (She also has cherries as an accessory)

Planet Destroyer Black Heart is due for release on May 29th in Japan. No announcement has been made yet regarding the West, but since the Hyperdimension Neptunia PP Idol game was slated for release in 2014 in the west, it looks as though NISa will be bringing as much Neptunia as possible over. PP was the one game no one thought would see a release in the west which makes each new release almost a cert for localisation at the moment in the Neptunia series

Posted by Unknown at 12:22
Email ThisBlogThis!Share to TwitterShare to FacebookShare to Pinterest