The original Deception, launched in 1996 on the ol' Ps1. Referred to as Tecmo's Deception in the US & Devils Deception in the EU, its worth a look at with the latest iteration currently abound. With Albert (@GloriousBagel) currently penning a review for Deception IV for ourselves, I had a thought the other day that having a look back at the original on Ps1 may be a good idea leading into the review. So Ive spent the past few days playing around on Deception for those interested in a walk down memory lane. 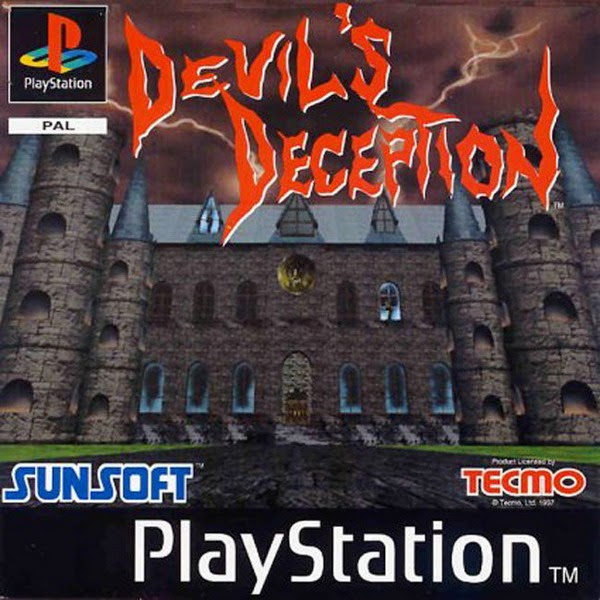 The game opens up with your father, the King, returning from a victorious campaign. Upon his return, he is mysteriously struck down by your sword which then has your brother proclaiming the murder was your doing. Upon your execution, after pleading to the devil for help, your given control over the 'Castle of the damned'. Here is where the game properly starts. Considering videogame storytelling was in its infancy back in the days of the Ps1/Saturn/N64, Its surprising that things keep you intrigued over the multiple chapters as the story progresses. The constant talk of a 'hidden power' within the castle is probably the culprit of that as you seek it yourself whilst entrapping those that enter the castle. Interestingly, You have the option of either destroying the intruders or letting them escape during later levels. Both choices carry consequences & the story will take various paths depending on the choices the you make. Its a fascinating title to return to in this regard as the chapters can change each time depending on your morality choices. While the lack of FMV's & voiceacting may be seen as a bad aspect due to the games use of in-game engine cutscenes with subtitles, its worth remembering that its a Ps1 game afterall. The resources developers have now weren't around back then. If you can look past that aspect of its storytelling, you'll find much to interest with a fairly lengthy & tactical campaign to boot. 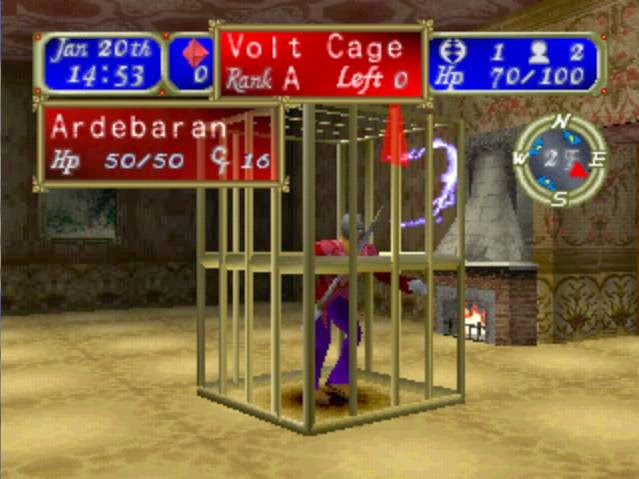 Thankfully the gameplay manages to hold up well. Ive been genuinely enjoying my playthrough of the original so far. Gameplay is of a first person RPG variety, With the main mechanic focusing on trapping those that enter the castle. Traps can then be activated and setup within varied rooms of the castle and then created before each respective level begins, which then has you luring your prey. To make things even more interesting, entering the strategy screen via the large strategy gems nets you the ability to not only place traps during a chapter, but expand the castle by adding rooms which has the obvious side effect of increasing the space for you to hunt. Your not always guaranteed a capture/kill though as your preys intelligence increases as you make your way through the chapters, with them dodging your falling traps or going around them completely. Some enemies even take multiple traps to ensnare. Tactical placement is key later in the game. Your traps either Kill or Capture. Killing nets you gold & items, but capturing gives you a choice. If you capture your preys soul, you get MP which helps in building traps whilst killing your foe will net you more gold. Your traps can be gradually upgraded as you accumulate XP from fallen foes, which is a must as you go forward and Knights start making their way into your castle. You can also make use of various items, healing with herbs n the like, and use the cadavers of captured invaders to create monsters. The gameplay deepens the further you get into the game and is sure to keep one intrigued as you let loose your crafty & tactical side to dispose of your prey. 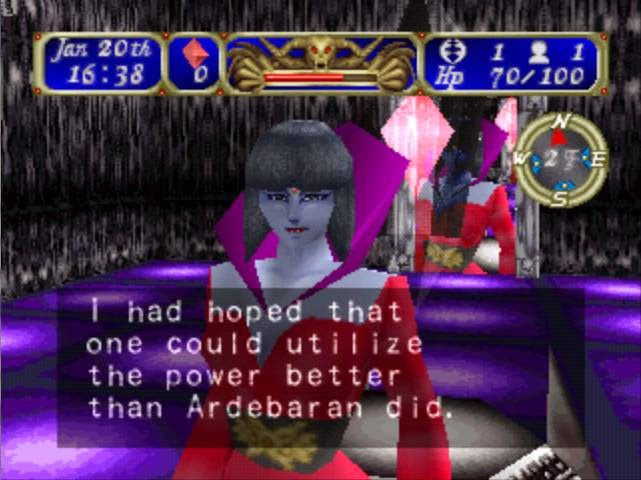 Graphically, well its a Ps1 game, so whether its aged well or not is totally up to you. With the game being set within a castle, the ares are obviously enclosed. Most elements with the game are split between 2D/3D rendering. Characters & objects tend to be 3D modelled with torches n the like being 2D, which is typical of early Ps1 games circa 1996. Characters though tend to have a decent amount of detail for the Ps1, albeit a little blocky. You can clearly tell who each person is that you meet along the way due to individual modelling & design, which is nice and adds a little personality to each person you ensnare. Luckily the game has a trimmed draw distance that prevents enemies from just 'popping in' as the engine only renders whats within a radius of you and beyond that its black. Sound effects and music are kept to a minimum. This has a bonus side effect of allowing you to listen out for your prey as their footsteps will tell you if they are within your vicinity. While the game isn't going to win any awards for technical excellence on Ps1, it gives the game a solid foundation at least to allow its interesting gameplay to shine.

Final Thoughts:
To be honest, Ive been pleasantly surprised with going back to this title. I'm usually a little apprehensive going back to play some obscure retro RPG's. This was probably worth it. Not only will it be keeping me entertained for a little while longer, but its also piqued my interest for Deception IV. Now I'm not saying you should run out to hunt a copy of the original Deception, but if you come across a copy anywhere - You could do a lot worse. Its intriguing premise and deep, tactical gameplay will keep you interested if you can look beyond the obvious drawbacks of the Ps1.
Posted by Unknown at 16:42
Email ThisBlogThis!Share to TwitterShare to FacebookShare to Pinterest