"Come on you apes, You wanna live forever!"

We've waited a while in the west for this localisation. 6 months after the Japanese release, the bug menace finally hits our shores. With numerous websites offloading the review to folks who have no vested interest in the series, things have looked grim so far. so how about a review from a long-time fan of the series to balance things out a little and give you the real low-down on how 2025 compares to its peers in the field. Would you Like to know more? Then read on. 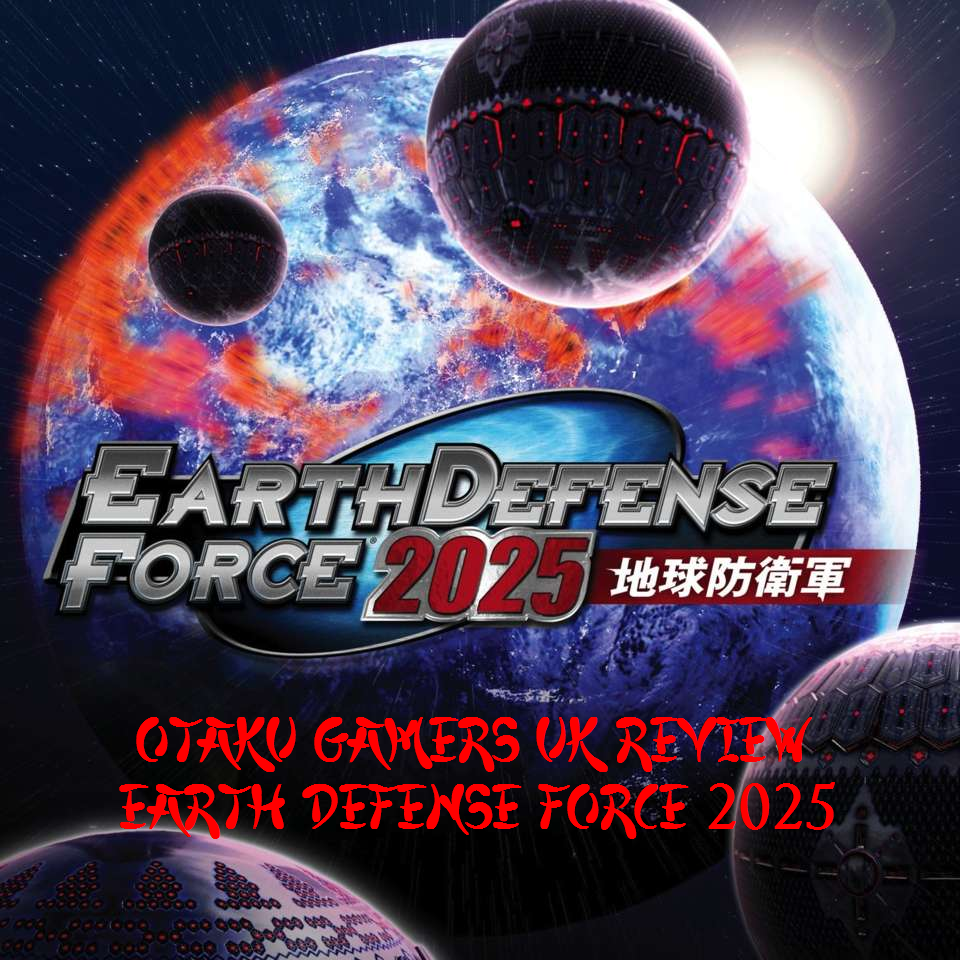 As always, the bugs have sprung up from their nests underground and aren't quite so dead as were lead to believe after the incursion of 2017, even mutating in the 7 years since. The Ravager aliens from Insect Armageddon are also weaved into the games slim narrative, which is a nice touch to bring the series together. Its a little unfortunate though that the strides IA made with regards to adding character & cohesion to a narrative has been tossed aside with neither of those improvements making there way into 2025. The game packs its narrative into radio chatter that is spread across the games huge roster of levels, which doesn't always work out as planned when battles heat up and is something to be looked at and improved upon in future iterations. The game returns to Tokyo for its setting, which isn't as limiting as you'd think with levels showing enough variety for you to not tire of the battlegrounds too quickly.  As with 2017, the games levels can be played on five difficulty settings (easy, normal, hard, hardest and inferno) The loot system makes a very welcomed return after its omission from IA. Playing at higher difficulties yields better and more powerful weapon drops, adding much replayability and wanton glee as you find a weapon so overpowered it can vaporise a city block. The bugs also drop health and armour drops (the armour boosting your overall health count as before) which is all randomised. The addictiveness of the loot system is not to be underestimated for those with a penchant for similar systems on other games. A whopping 175 weapons are up for grabs if your looking to find all of them, ranging from the usual rifles & shotguns to special weapons like bug spray (seriously!) There are multiple enemy types to combat for this loot, the usual ants, spiders etc make a return with some new additions. These are also sporting some new animations & attacks, ants being able to pick you up and munch away at you being a huge surprise when it first happens. Luckily you can still shoot as you try and kill the bug before he kills you (or sometimes they just fling you away over buildings instead) There's now a huge spider as well (called Retiarius) that builds its web in between skyscrapers, firing out its web to draw in EDF troops and civilians to finish off once their trapped in its web. The game even throws out Dragons. Yep, I said Dragons! Huge four-legged beats breathing fire left, right & centre. With such fearsome enemies trying to eradicate you, its a good job theres multiple vehicles to use. There's ones as lowly as motorcycles, allowing you and a buddy to blitz around the battled. Support vehicles like an ambulance also help out by healing and resupplying the troops. The heavier weaponry, Mechs & Tanks, are almost gleeful in there destructive out put as everything that gets in the way is all but pulverised. The sandbox nature of the different classes & vehicles helps keep things interesting, but more fun is to be had when taking the fight to the bugs with friends. An offline 2 player split-screen mode is still included thankfully, but its the 4 player online co-op that will draw the most fun. With the game sporting 4 entirely different classes, it allows for there the full tactical nous of the new class system to be unleashed to its full potential online. A full lobby system is in place, Sandlot thankfully doing away with the matchmaking system employed by IA, with a player count letting you know just how many are online at any time. At the time of writing tho, there does seem to be a connection issue. While it has stabilised a little of late, disconnections are still infrequent which makes things worse when you consider that loot drops and the like are lost in the process. When it is working though, its a joy to play - especially at higher difficulties. Hopefully the intermittent connection woes can be fixed in due time to allow the game to reach its full potential in cooperative mode. Post-release DLC has already been announced, with 3 new packs on the way adding up to 45 levels to the games already packed amount. There's a lot of time to be lost in a title like this. The amount of levels with the multiple styles of the 4 classes offering different ways of approaching situations, and that addictive loot system means theres a lot to get through for those that get hooked on fighting the bug menace. Trophy hunters may want to look elsewhere as a platinum would require serious commitment to the cause. This game may be niche, but it doesn't hand trophies out as easy as you'd think. 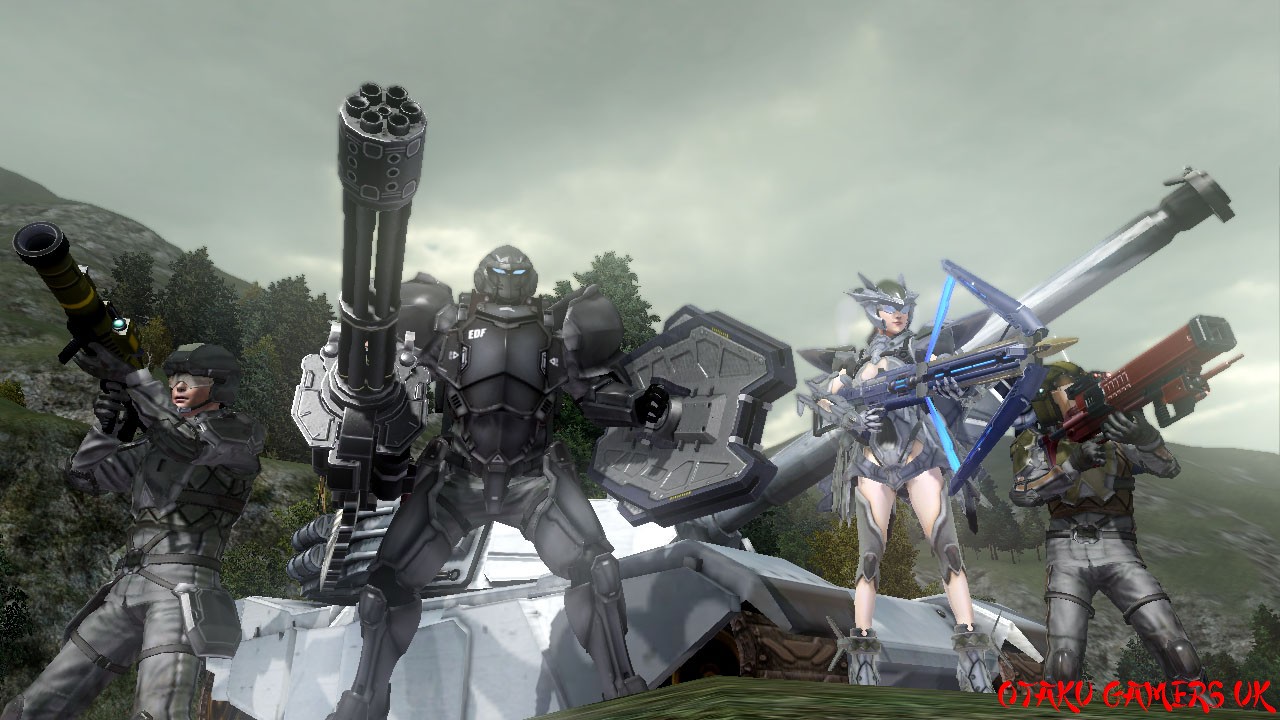 As always with the Earth Defense Force series, gameplay is king. Refinements to player movement & aiming though has dealt with most of the twitchy issues with aiming that was apparent on 2017 at times, which means this latest release feels like the improvement you would expect. Little has changed with the formula, but the additions brought on by the introduction of a class system to Sandlots title adds depth & some tactical nous to the skirmishes. The Ranger is your typical foot soldier and plays exactly like previous editions of the game, although its with this class that you'll notice the improvements to the feel of the game the most and he also has the ability to use the Air Raiders vehicle drops to beef out his repertoire. Wing-Diver is just a fancier version of the Pale-Wing character that was added into the Vita re-release of 2017, sporting the same style of combat & weaponry you would expect. Its the other two classes that show the most change and add the depth to proceedings. The Air Raider is most definitely the support class of the game. Able to drop in equipment & vehicles at whim, his lack of actual damage in battle is made up for by the ability to call in air strikes and mortar barrages to help ease the bug onslaught. The Air Raider can go from a wimp to a harbinger of death in the drop of a Mech, so its one that can turn a skirmish on its head with a swift tactical decision. The fencer is a class that's dependant on how the player approaches the game. Being able to wield melee weapons means it can be used as a hulking behemoth dealing large amounts of damage at close quarters, or affixing a chaingun instead offers support at longer range. Having a shield helps keep the Fencer devoid of as much damage as possible, his slow speed & huge armour making him a 'bullet magnet' of sorts. Each class has its own unique way of approaching a skirmish, adding some much needed depth as each encounter plays out differently depending on who you choose. Each class is just a means to an end, and that end is always the eradication of the bugs that are infesting the level. As they say "The only good bug is a dead bug" and EDF follows that mantra to the letter. Are the refinements & additions to the formula enough of an improvement over 2017? Yes. How much of an improvement though is subjective as the base gameplay structure has changed little keeping the formula similar. 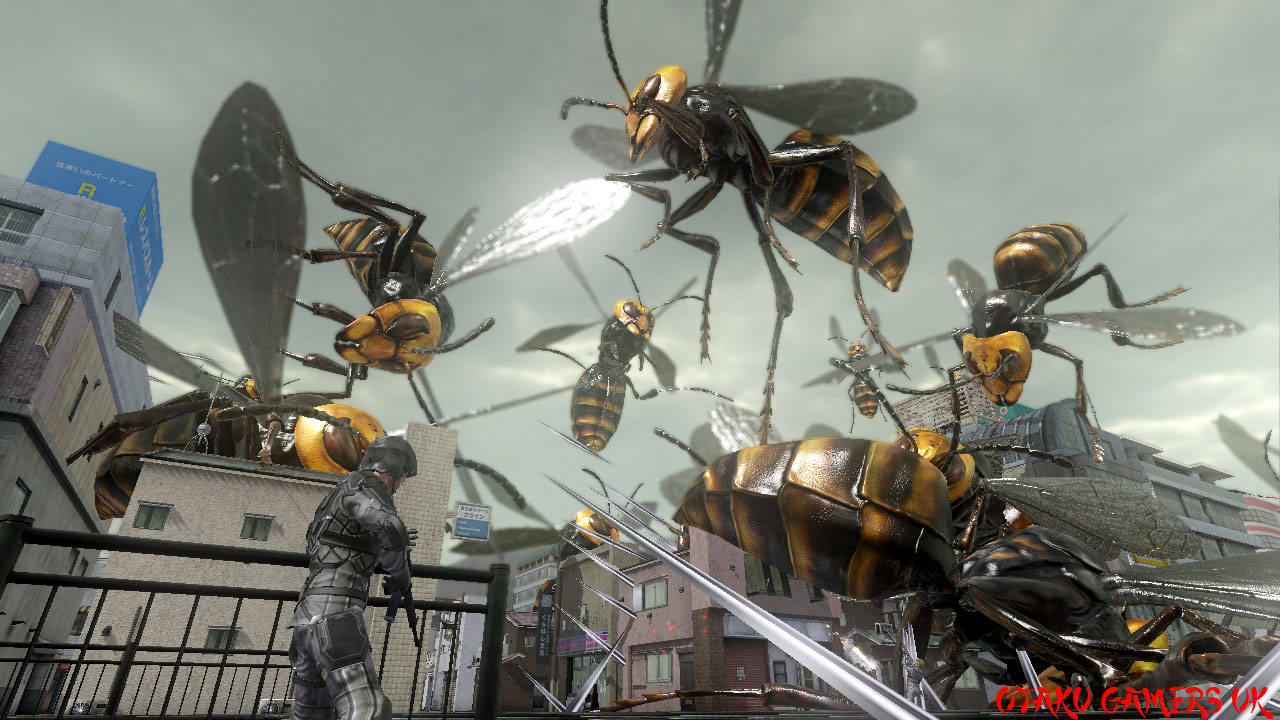 Here's one area that tends to bring the package down as Sandlot's meagre budget doesn't afford them the same expense to lavish spectacular visuals & flawless technical expertise onto the player as other developers tend to do. Surprisingly though, 2025 is a bit of a mixed bag in its graphical department as opposed to previous iterations. While filtering isn't too good causing the textures to lack detail at range, detail on the textures within the vicinity of the player are a vast improvement over 2017- packing in more detail with a sharpness that allows things to look noticeably richer. Other assets are also improved, Player & Enemy models are more richly detailed and the particle effects being taken up a notch or two creates a more visceral experience in the heat of battle. Improved environment destruction is a bonus, as buildings collapse in stages with a more realistic vigour. Deformation of the bugs also adds to the visceral combat as your now able to pick apart the enemy or destroy them entirely with a well placed rocket, sending all manner of bug entrails & parts in every direction. Even with all this, the game still manages to keep itself within Sandlots staple colourful B-Movie design. All this does come at a cost unfortunately. As any fan of the series will tell you, framerate performance has always been erratic. While the 2017 port on Vita improved performance , breeding hope of a similar improvement here, its a shame its not the case. Similar to IA on Ps3, Once the screen becomes laden with effects the framerate plummets. The Air-Raider & his air strikes in particular being the main culprit. Screen-tear also eeks its way in on the odd occasion as well. It's performance bracket is about the same as IA, only with improved visuals & on-screen enemy count. Fans wont care, but other coming into the series for the first time need to be notified. Sound design is along the lines of 2017. Epic music kicking in during battles, radio chatter filling in the gaps for the narrative and some deep weapon sounds fill out the soundscape with Sandlots usual B-Movie flair. The radio chatter does seem more pronounced this time, seeming to last the entirety of a level at times meaning theres a lot of back-story for one to listen out for which can sometimes get lost in the noise during the bigger skirmishes. The visual improvements are welcomed, giving the game a much needed visceral boost, its just a shame the performance hasn't improved much (if at all) over previous iterations of the series. 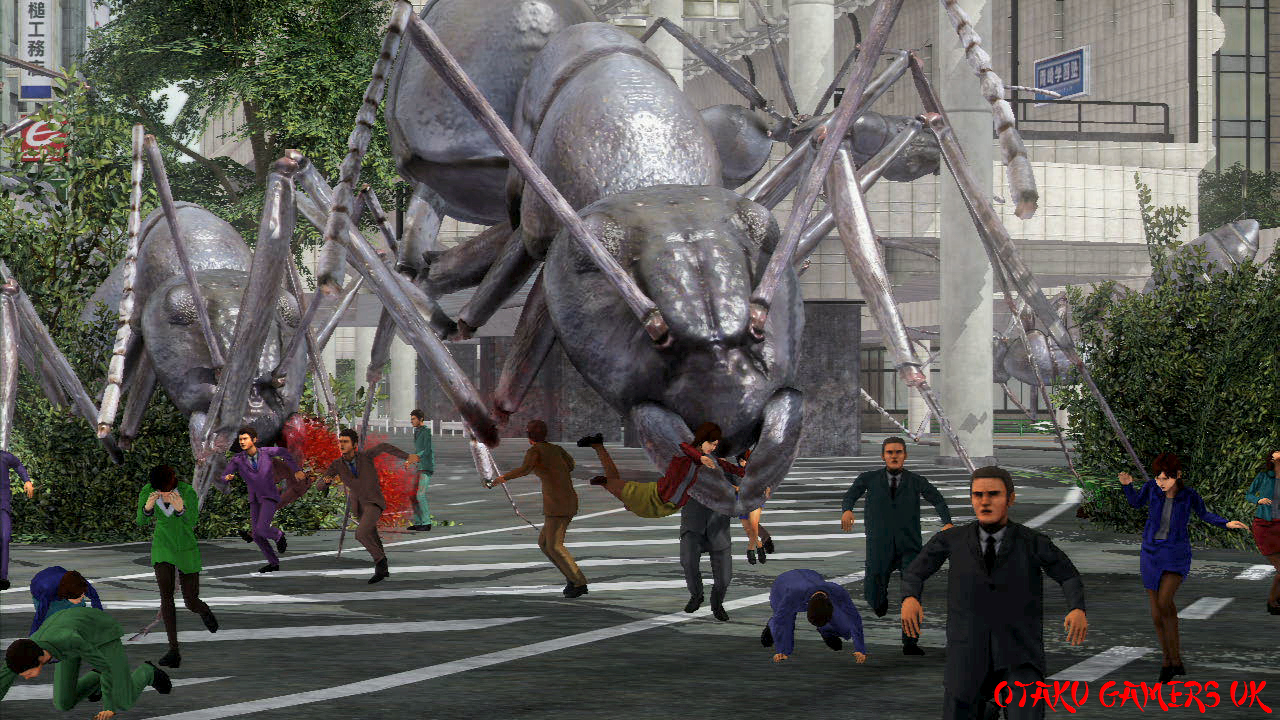 While the additions to the formula add some depth & tactical clout to the skirmishes and the refinements to the series already solid gameplay are sure to keep you engaged, the same can't said of the step backwards with regards to narrative cohesion from the previous release & the series continued performance woes. There's still much fun to be had with Sandlot's latest B-Movie romp though as the returning loot system and visceral boost will keep you returning to the frontlines. Fans of the series will no doubt already be heading off the bug onslaught, are you ready to do your part?