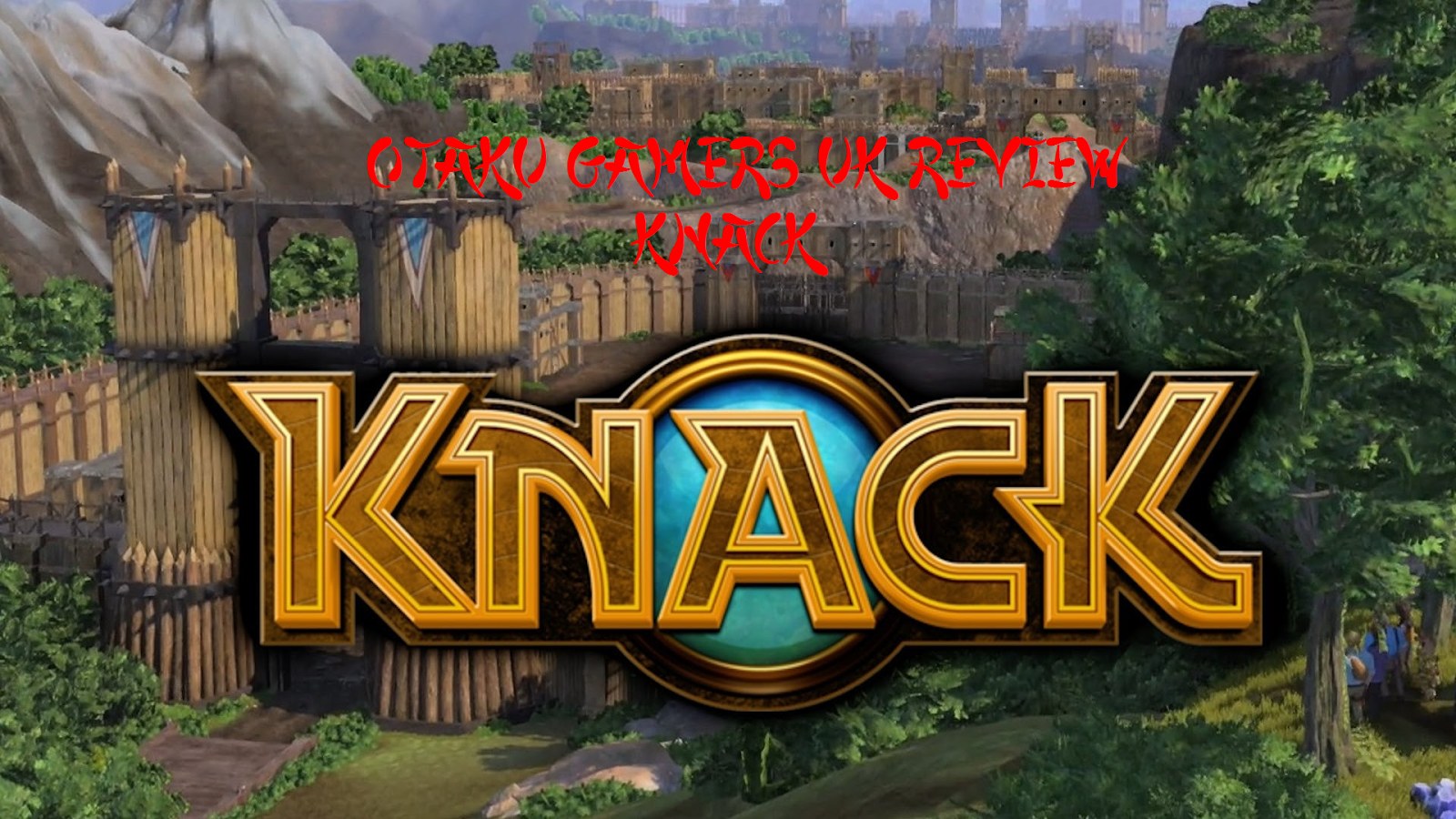 Well, With Desmond & myself acquiring the Ps4, Otaku Gamers UK has finally entered the Next-Gen warzone. Unfortunately though, it seems there isn't much in the way of Niche content on the console so far which means we'll have to look at whatever we can till things pick up on that front. Desmond recently brought us a review for Dont Starve, so now its my turn to pick something out. I'm gonna go with Knack, Sony Japan's Mark Cerny produced launch title that didn't favour too well with most websites (PushSquare's 7/10 seeming to buck the trend) as my first Ps4 review. Now the fanfare of the next-gen system launch is out of the way, how does it really fare?
When you first fire up the campaign, your quickly introduced to the main cast of the game as the Human colonies are under threat from skirmishing orcs with advanced weaponry ie Tanks (think a less menacing version of the orcs in Warhammer40K and your about there) Humanity's top researchers band together to form an expedition to seek out the orcs home base and stop the incursions. Its here where everyone is introduced to Knack by Doctor Vargas, a consciousness born from the relics that are spread around the Earth. After a quick tutorial style level, the expedition to find the orcs begins! The narrative is surprisingly engaging as it twists & turns while exploring the origins of the relics, but its just a shame the characters within it aren't as engaging. The younger ones will enjoy its Pixar like presentation though and may even enjoy the characters. The story builds up over 13 chapters in total. Within each chapter is multiple sections that offers up the quirk of only saving at the start of a section & chapter, although the game seems to have a generous checkpoint system while playing. The checkpoint system becomes a godsend when playing at anything other than Casual due to the games challenging nature. Difficulty spikes seem rife, but most can be passed with ease if your suitably equipped & tactically dispose of the enemy groups. A wide variety of enemies is present, each with a different pattern of attack & weaponry which spruces up the games combat when multiple types of enemies are thrust together to take you on. Boss battles are also included, although infrequent, which require some patience and skill to navigate. Its not all combat & jumping though as the game occasionally throws in other things to do, the 'Stealth Knack' chapter springs to mind to add some variety. Straying from the linear path of the game to seek out hidden areas becomes a must in the end. Within this hidden spots could be Sunstone crystals (for powering up your special attacks), Relics (replenished health & grows Knack) or chests which could contain a gadget piece or an orb. Collect all the gadget pieces in a set will automatically build it and equip it for you, boosting the amount of sunstone energy you can carry or highlighting hidden areas for example. Shards can also be found that can change Knack into 'Vampire Knack' etc when all pieces are collected. All these can also be traded with friends, plus the Knacks Quest game on iOS & Android will allow you to collect pieces & shards without even being on your Ps4. A co-op mode is also thrown into the mix that features a novel way of playing by allowing the second player to use the Vita as a controller, they play as Robo Knack' which is a small robotic version of Knack that has the sigh-of-relief inducing ability to heal Knack (Helpful during difficulty spikes) Its a nice way to play with the younger members of your family whilst also helping you pass the more challenging encounters a tad easier. Once the campaign is done, replay value is there for those that are still keen on the title. New Game+ is always welcome, which allows you to then finish off finding those hidden pieces that you missed whilst keeping your upgrades from the previous game. A Time Attack mode is also unlocked allowing you to complete 13 stages ripped from the main game to post a score to leaderboards & a Coliseum Battles mode throws increasingly potent enemies at you in waves to test you combat skills. The old-school nature of the game means its more difficult than you'd expect when first playing, and this couple with the numerous hidden extras and bonuses means a fairly lenghly playtime could be achieved with multiple playthroughs. 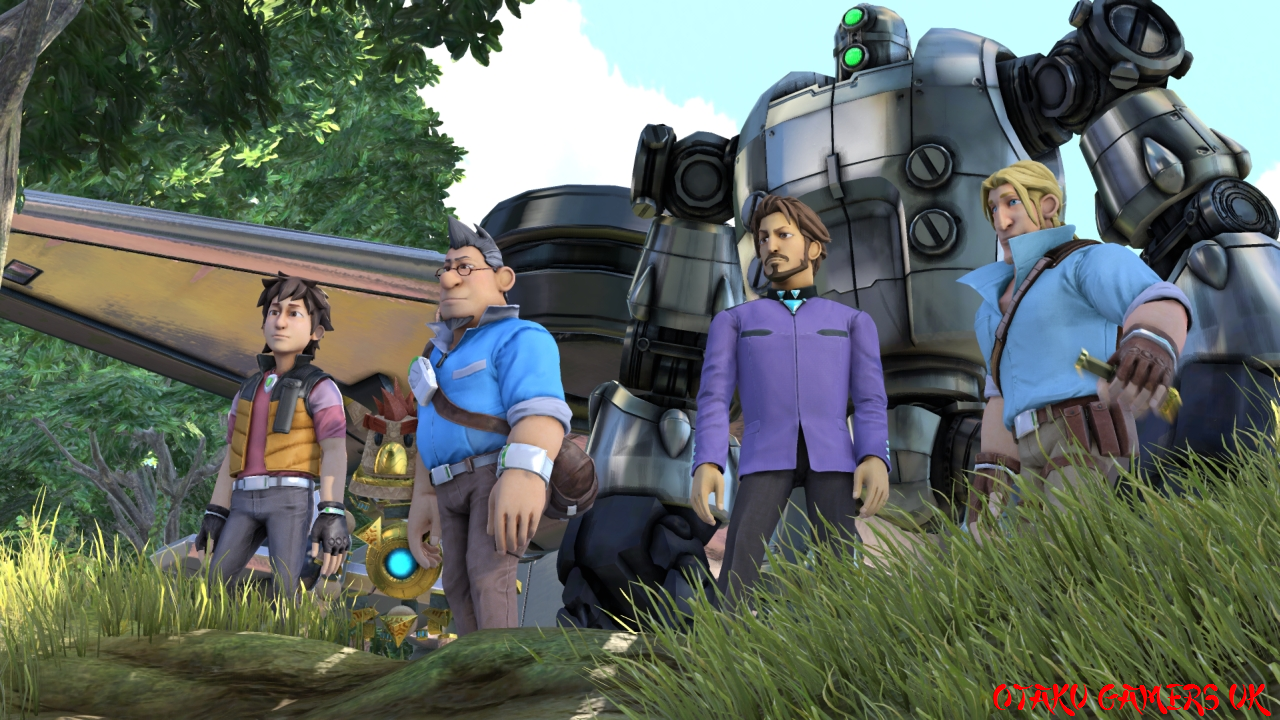 As alluded to in the previous section, Knack is styled like those 90's platformers of yesteryear with regards to gameplay. Its fusion of Crash Bandicoot-inspired platforming and an accessible God of War-esque combat system means its easy to get settled into things once the game starts. The controls are what makes the game as accessible as it is for the most part. Knack is controlled with the left analogue stick, while the right analogue stick will allows you to dodge any incoming attacks. You’ll also have access to jump and double-jump capabilities – the hallmarks of any platformer– with a traditional combo attack & super moves. The combo is your basic 1-2-3 hit, with each subsequent hit dealing more damage rewarding you with a slomo punch to the face of your final foe. Its here ill probably mention the aspect of Knack 'growing' in more detail. Collecting relics in the levels has them attaching to you causing Knack to grow in size & strength. When Knack is small, damage dealt is puny & one or two hits from a foe can finish you which possibly leads to some frustration. Once you've grown a little bigger, those same opponents can be smashed in a single punch bringing a rewarding smile as you get payback. Later in the game, knack can also start to draw in elemental pieces. Ice is the first you'll come across, but they each have there own quirks and while Ice is plentiful, it melts in sunlight causing you to be swift or face becoming small mid-battle. Its a nice little system to me that is further helped by Knack becoming visually more powerful. The combat system is also fleshed out with a dash-attack & a mid-air homing attack to help deal small damage and break combo's. The super moves though can really help turn the tide of an encounter when things are looking grim, with a relic filled tornado/sunstone-energy induced ground smash and a blast of relic shots aimed at multiple enemies helping to ease the onslaught. Sunstone energy isn't as abundant as one may think, so using the super moves when absolutely necessary is paramount. Its the variety of enemies each requiring different ways of tackling that gives the games combat system some challenge & depth. You'll soon learn who the dangerous foes are which will have you dealing with foes in a pecking order to help get through some encounters. The platforming aspect doesn't quite have the same depth obviously, but it still manages to spice things up. When the game throws the two aspects together, in the Ice caves for example that has you fighting orcs & the slippery Ice at the same time, is where the games platforming works best. Its not until a few chapters in that the game takes on more traditional platforming tropes in between encounters that will require you to don a different hat. Luckily, with controls only seeming to use the face buttons and analogues, simple controls help make sure cheap deaths during the platforming is a rarity. Knack could've done with a bit more platforming in the first couple of chapters, but it luckily starts to eek its way into the overall structure of the game as you make your way through its journey.
Remote Play: With Knack focusing on primary use of the face buttons & analogues, it translates really well when using the Remote Play feature on Vita and ranks among the best as theres no quirky use of the rear touchpad to worry about.

The challenging nature of the gameplay may mean you won't have much time to take in your surroundings, but when you do you'll enjoy whats on offer. While its far from a technical showpiece than the likes of Killzone:Shadow Fall are, it still impresses in its own way. The environments are well detailed, with sharp texture work, lush colours, and some nice lighting effects that keeps everything vivid with no screen-tearing to ensure you don't miss anything. The games art style is somewhat contentious in other reviews, but I think its good. As Ive noted before it gives the game a 'Pixar' look, more akin to an animated film like Shrek etc which helps keep the young gamers engaged while ensuring a crisp Image quality for the older ones. The 1080p output really helps drive home the detail on Knack itself. Knack is easily the star of the show on a technical level. As you can see from the screenshots, Knack is comprised of hundreds, if not thousands, of 3D modelled relic particles that float around its core. When damage is taken, you'll see the visual effect of that as pieces fly off Knack, with the whole host of particles exploding in every other direction in a satisfying way. This aspect also applies to enemies as their armour shatters into pieces as you pummel them. With regards to enemy design, some of it is excellent. The orc weaponry & equipment almost comes across as 'Warhammer 40K' in its execution (although obviously 'milder') and each enemy has enough individuality about them that you'll know who your up against before a fist is thrown. The game isn't a showpiece title, but that still hasn't prevented the game from suffering the occasional framrate stutter. This has only happened to myself a couple of times and mainly seems triggered by destructible objects when Knack is of a large size. It only lasts a second or two, but it could be fatal if it happened mid-battle (although Ive not been that unlucky yet) The games audio will no doubt teak your nostalgia. The soundtrack at times is eerily crash bandicoot in similarity, with even some sound effects used in game being of such a similarity as to be almost the same. Voice acting is decent and the way Knack's voice deepens as he grows is a nice touch too. The game makes little use of the Dualshock 4's speaker though, with pretty much only the collection of relics & crystals being the only audio to makes it way through the controller. With a 'Pixar' like presentation & nostalgic audio, the game does impress, but note should be taken of the odd framerate hiccup. Its not game-breaking, but its noticeable when it does happen 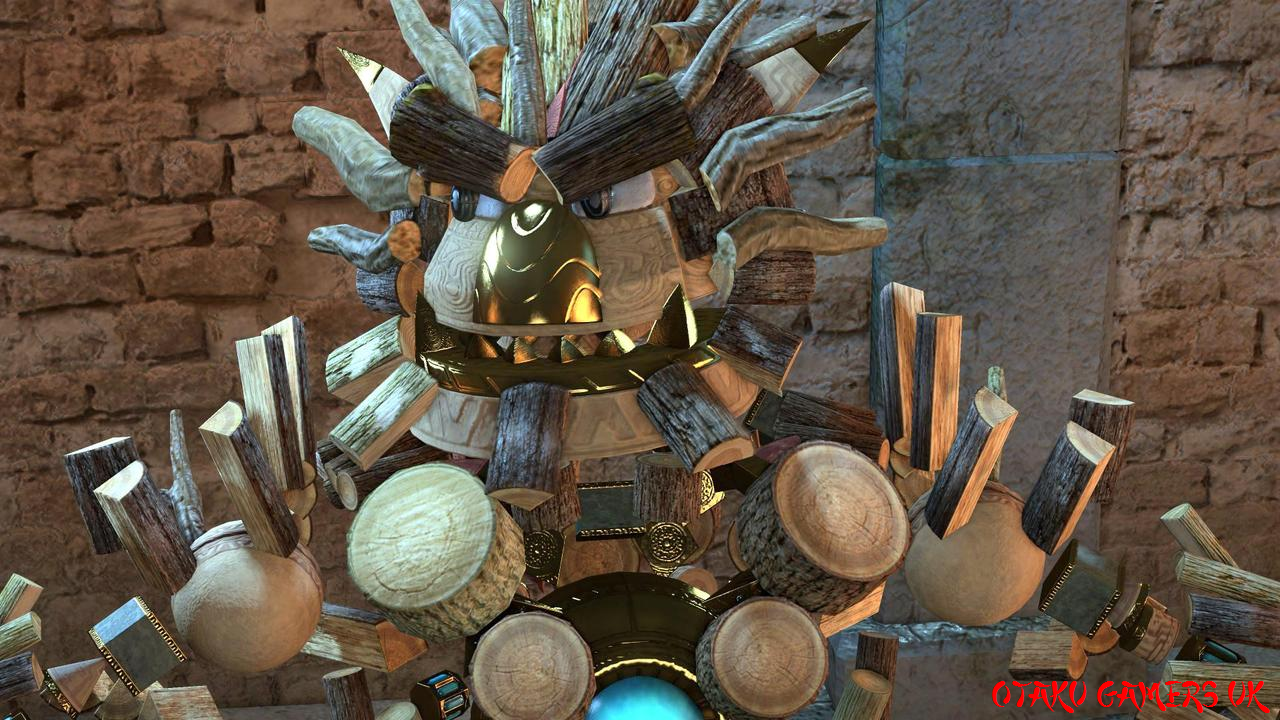 Conclusion
The game excels most as a nostalgic trip back to the platformers of yesteryear that fans of platforming games in the 90's will find refreshing to play these days. A few quirks, unbalanced usage of its combat & platforming aspects with the occasional difficulty breeding frustration if unprepared take some of the sheen off the title, but theres a lot more to enjoy .A neat co-op feature & Pixar like presentation ensure the game is fun for the younger ones among us though, while the challenge & depth in combat can provide entertainment for those looking for a nostalgic trip. Knack isn't perfect, but its almost perfect marriage of accessibility & challenge ensures its one that gamers of all ages can enjoy.

Footnote: Game has been played with the latest patch so my experiance may differ from those at launch.

Posted by Unknown at 16:40
Email ThisBlogThis!Share to TwitterShare to FacebookShare to Pinterest