Ghostlight have been busy of late bringing over the Agarest series to PC. The second title to get this treatment is of Agarest Generations Of War Zero, a prequal of sorts to the original game. With Jrpg's being a relative unknown on PC, buried under the heaving mass of RPG's developed in the west, are Ghostlight's efforts going to waste? Or are the latest ports the start of a change for Jrpg's fortunes on PC? Lets see how the port fares... 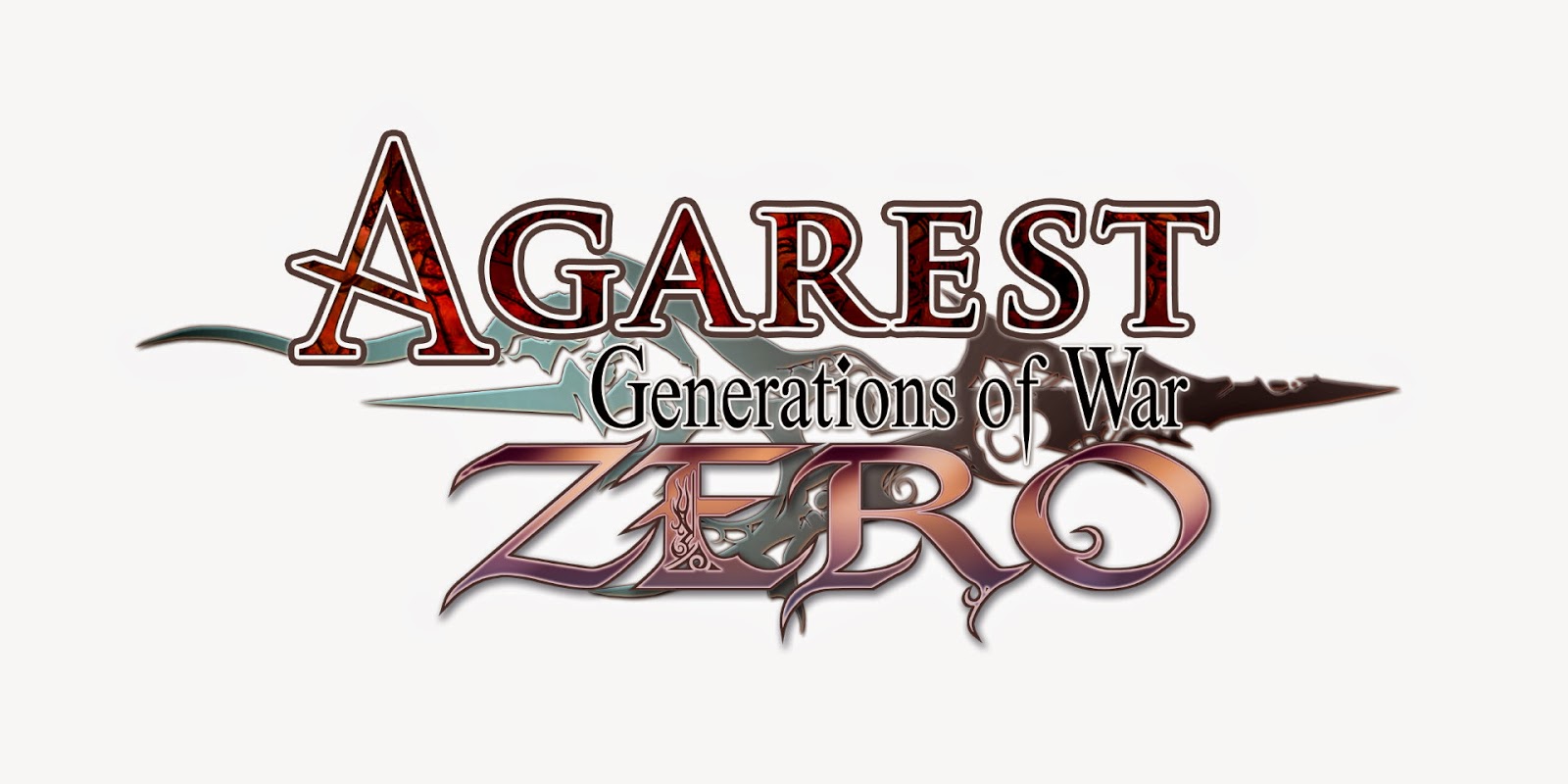 When the game opens up, you'll find yourself taking on the role of Sieghart, a soldier participating long drawn out war that has reached a stalemate in the nation of Kraltarla. Its not long before you meet some of his fellow companions in Eugene & Friedelinde and start tutorial battles, but its not till you come across Mimel that the games story starts properly. It turns out that Mimel, when resurrecting you after Sieghart tried to rescue her from the forces of darkness, has unknowingly transferred some of her powers to you. Here you'll create your characters class & stats by way of a card based system. It can be a little confusing, but taking your time will yield the required results. Its not until you reach your nations HQ afterwards & have a meeting with your superiors that the gravity of the situation takes hold and your subsequent journey to set things right with regards to Mimel's 'Lost' powers and save the world begins! Here's where Ive gotta put my boot in a little as I found this opening segment, that Ive somehow managed to compress to a few lines, last a bit longer than it should. Most Jrpg's Ive come across on my time take up to an hour to settle, this takes almost double that as class creating, dialogue & tutorial sections are lavished on you till every facet of whats in store is known to you. Luckily, after the opening & you've started your journey, things start to pick up as you meet more heroine's and the games other features come into play. One of the main crux's of the title is for you to choose a heroine who you'll eventually wed and become the mother of your next generation. Choosing a heroine is more intricate than simply pressing a choice at a point, as systems such as Free Intention allow you to spend time with heroine's on Vacation days to boost your relationship and unlock extras. Dialogue options during the game can also effect how a heroine feels towards you, as well as change how they dress & speak to you (Feel Link system) giving an indication somewhat of their feelings. You'll more than likely want to decide relatively early on your bride-to-be so then when the time comes you'll succeed. Dialogue options are never clear cut at who they will effect, but luckily (or not) there's ample dialogue as your quest unfolds for you to balance out the multiple heroine's feelings towards you. This all leads on to the second generation, which makes up the second half of the game. In the first half, its your job to save the world while its your child's job to protect it. Your offspring is an amalgamation of both Sieghart & your chosen heroine, so their stats/class are directly relateable to their parents. The class you create for Sieghart and those of your chosen heroine are used to generate your second generation for the next part of the game. Its interesting in that your offspring could be completely different, class/stats-wise, to how Sieghart was which has the potential to make the second half of the game a little more interesting as you have a fresh set of  characters to get used to. A few improvements to the games towns & city menu's and shops makes things a little easier, but the reduction of main characters to 15 total (the origibnal had 34) could either be a removal of, or refocusing of content depending on your viewpoint. An 'Extra' Mode is available for those with clear data from the original, which unlocks content & story aspects more in line with the original for you to use in your new save. With a runtime hitting almost 80 hours, theres more than enough content & story here for those looking for bang-or-buck. There are a few niggles, overbearing opening & somewhat confusing character creation, but there's more than enough here to intrigue those with interest in Strategy or Jrpg's. 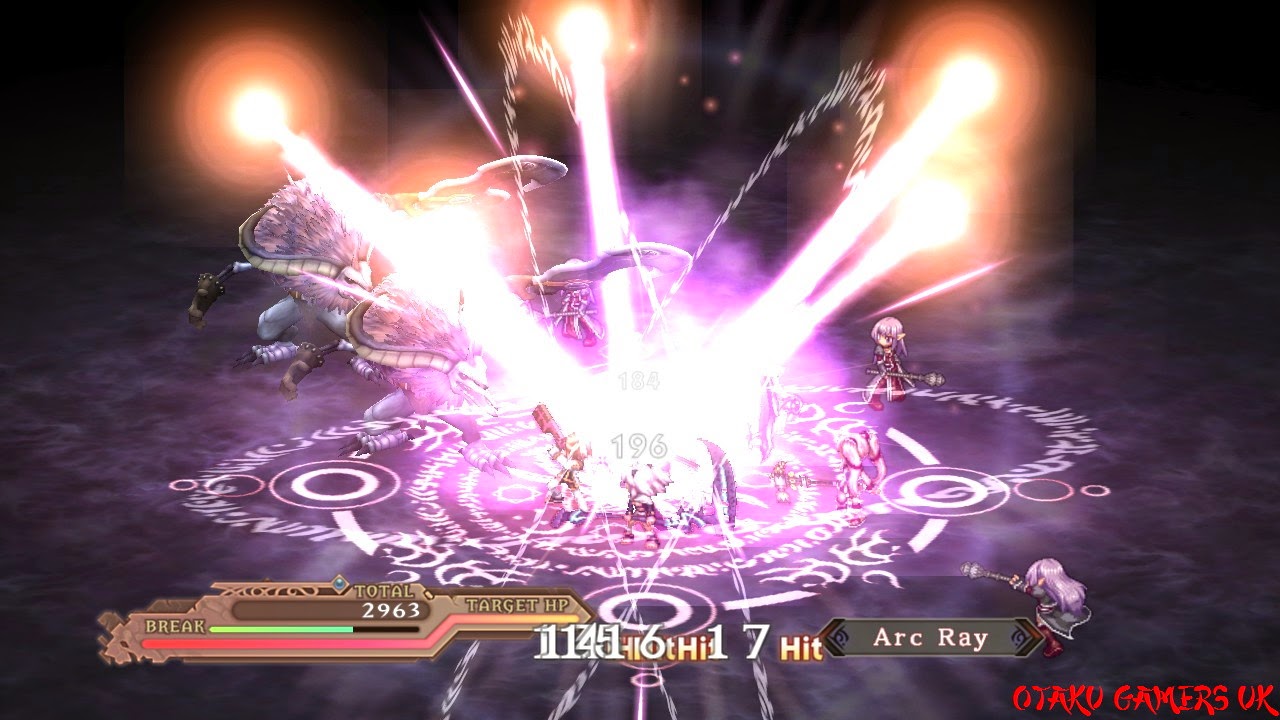 If you've never played an Agarest title before, the series falls squarely in the Strategy RPG as anyone that has played games of this type ie Disgaea, Fire Emblem etc will know what to expect. Actual gameplay starts off as fairly limited as you follow a linear path completing encounters as you make your way to the next event. Its during the encounters where the games gameplay shines the most as you partake is some tactical SRPG battles. As is usually the case, combat is done via a grid based battlefield. Each character in your party has a different pattern of squares around them that's hows the area which they can be moved during the move phase, or the area with which enemies need to be in to attack once you move to the next phase of combat. Manoeuvring your squad into position for the best combat opportunities is a core part of the game's overall strategy. Certain formations can offer up positions on the battlefield that can boost stats too and having your fellow party members take up a poistion within another characters 'hotspot' allows the two to becomed 'linked'. Changing the direction you face tho switches the hotspots around & some attacks also move you from yoyur original position, so some shrewd tactical ability means you can reap many benefits from the system. While linked, AP is boosted each turn which allows you to complete more actions and you can also link attacks together from ultiple party members to create a combo, certain combo's even become a new attack. AP is another key aspect of the system as it is used to not only attack/heal etc, but move & use items in battle too. A good thing here is that AP can be stockpiled by not using it all in one turn meaning whats left over is added to your next turns amount, a higher AP count also means you attack earlier than others. Other intricacies of the gameplay in the form of extra damage being dealt from flanking or side positions make there way into the core of the game to add more tactical depth. At times the game combat system can feel like a game of chess, and manages to maintain interest as enemies start to require differing tactics to defeat & bosses come into play. While the exploration aspect of the game is quite linear, the freedom offered up by the tactical depth of the gameplay does alleviate that somewhat. The PC version also offers up the choice of either Keyboard & Mouse controls or a X360 controller. With the game being a turn-based SRPG, there's not really any benefit for either control system over the other so its all down to preferance as to which you'll use. 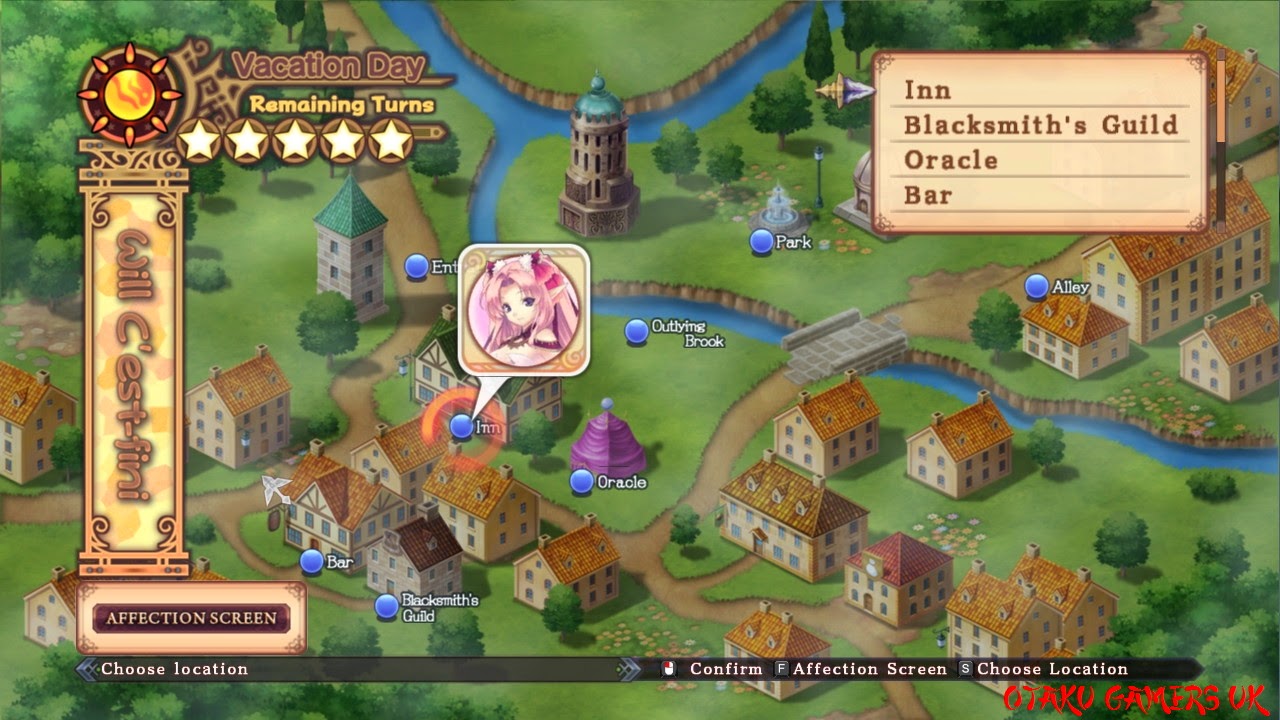 Ghostlight have done a good job in porting Zero over from the Ps3, no doubt helped by their previous work on porting the original. You'd be forgiven for worrying a little at the prospect of a console port, as games that usually come to PC in this way dont seem too well optimised & tend to need brute forcing. Luckily, Ghostlight have done a good job here. On the PC I use (C2D E6600, 4GB RAM, 6670) there was no problem at all hitting 1920x1080, with only momentary framerate drops when the battles first start & all the characters are loaded in. Otherwise, things are butter smooth so the game should be easily scaleable on a multitude of different hardware. Luckily, boosting up the resolution doesn't have any negative impact on the games art, as is always the risk, as each sprite seems a tad smoothed over which keeps things looking clean. In truth, I didn't see as much of an improvement in the art over the Ps3 version, so at what resolution the art is rendered now remains a mystery. The backdrops used for battles are what most benefits the most from this port, as the increased resolution allows all the little details to show. Almost everything else is practically identical to the ps3 version though, Battle FX & sprites seeming the same aside from the resolution boost. Character sprites are well drawn & animated during cutscene dailogue. It must be noted here too that the voice-acting for these sections is top notch, and the actors do a great job at delivering a performance that a story driven Jrpg like this needs. BGM for the game game is also, at times, almost as good as the voice acting (The battle theme is a favourite of mine) Altogether, there aren't many improvements to speak of as the Ps3 version was already a solid base for the game, but luckily the boosts that some with an increase of resolution brings with it some minor improvemtns. A bump to whatever resolution you want (which helps with backdrops & art) couple with a more stable framerate are what you can look forward to the most in this port from a technical standpoint. 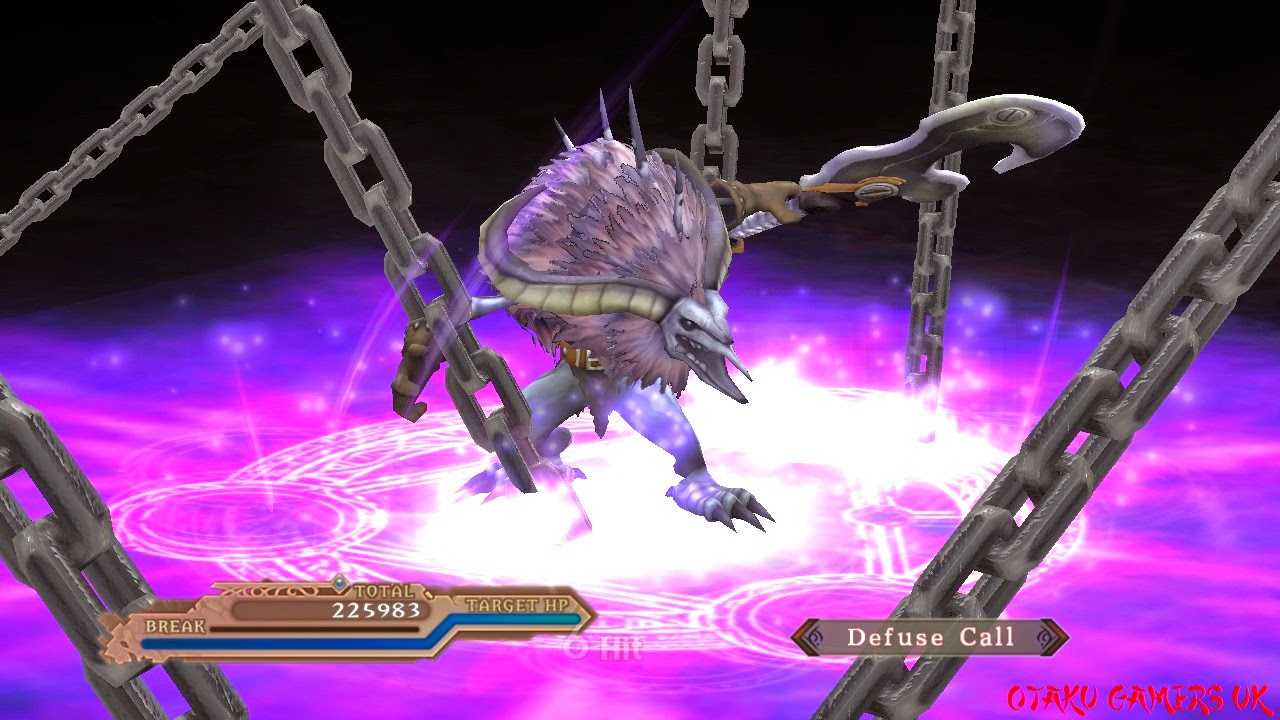 Its unfortunate that the games overindulgent opening & few other niggles are still present in the port over to PC, but thankfully the games tactically deep combat system & interesting features continue to shine with the bump in resolution afforded allowing the nice art of the title to breathe a little more too. With Jrpg's such a rarity on PC for the moment, This titles LONG runtime could see you through till the next one comes along. and for the price (£14.99), packs enough gameplay & content to acquire a recommendation

Posted by Unknown at 17:19
Email ThisBlogThis!Share to TwitterShare to FacebookShare to Pinterest