We Don't Need No Education

Kenka Bancho: Bad Ass Rumble is a PSP game from Spike! Published by ATLUS, this title never made it's way over to the UK but fortunately the PSP is region free. Just what is Kenka Bancho? River City Ransom with a touch of Yakuza!, But is it any good? read on to find out!. 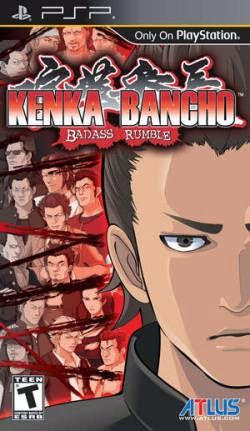 Kenka Bancho is all about being the head "Bancho" think of it as a leader of a degenerate youth group, if you watch or play any Japanese films/games set in modern days you may of seen one of these. Usually wearing tracksuit or school uniform sat doing the "Shat Squat" (See picture) hang out side of shops intimidating passers by and fighting rival gangs. 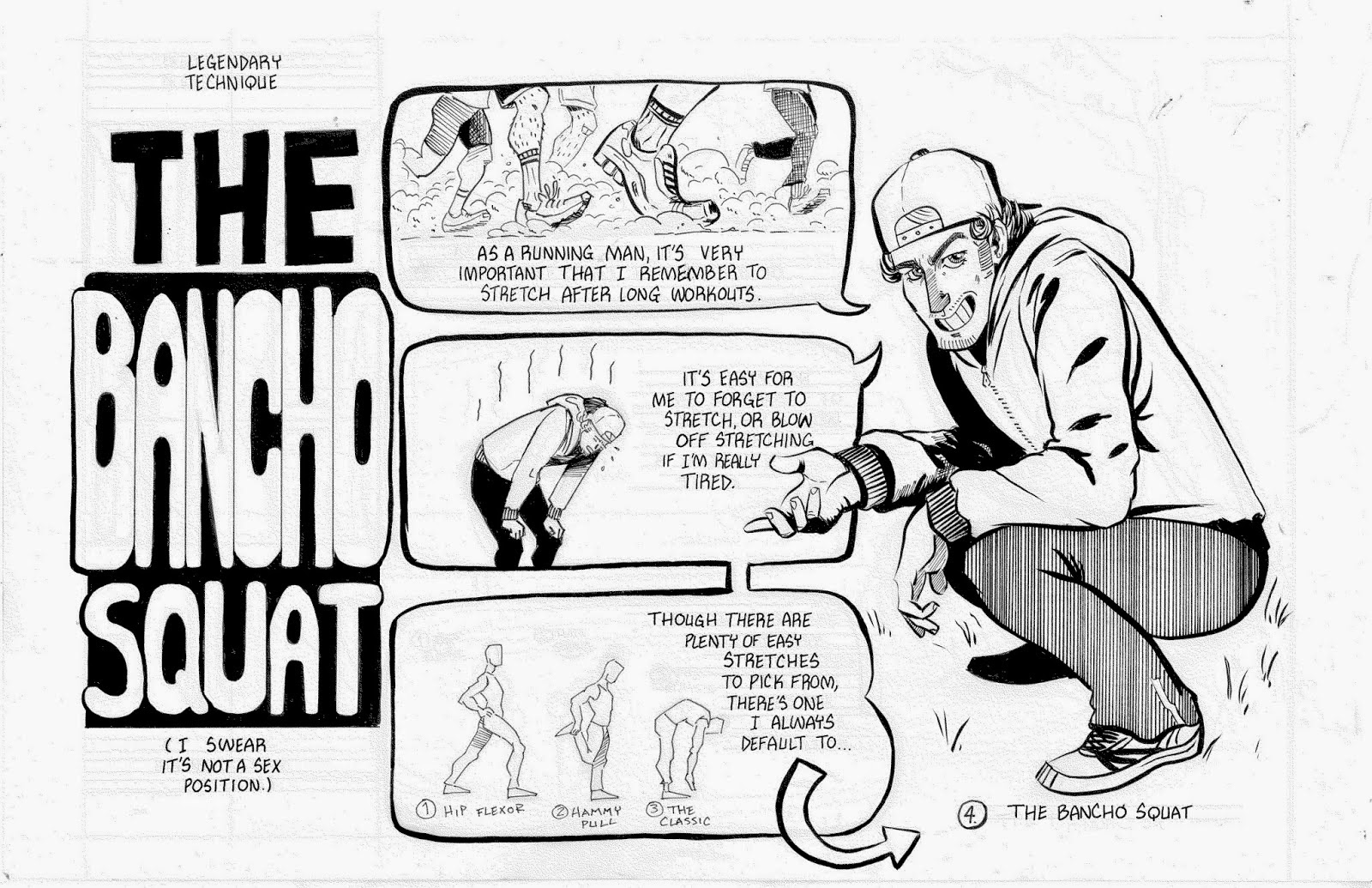 Your character goes on a school trip where as luck would have it, all the major schools from Japan happen to be with their Banchos. You decide you are going to spend the next 7 days laying waste to this Shabozos and become the ultimate Bancho, 47 different schools await you in this quest alongside teachers and police ready to take you down and send you home at any given moment.

That's the basic premise of the game, there are several storylines for you to pursue throughout, the standard Bancho fighting route, going onto the school trip & several "Romance" stories for those who enjoy a good Waifu fix!. The main thing to point out is that you cannot get all these in one playthrough, it's a game you hit the New Game + option time and time again making sure you know what route you want to go and which events you have yet to see. Despite it's bare bones beginning there is a bigger story arc with the Bancho route than originally shown but I will not be spoiling that!, you are free to mix between the stories as you choose rather than being stuck on a single route. 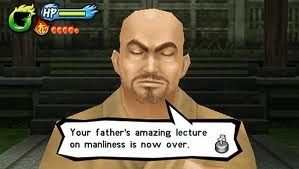 Here I must point out that despite the story being segmented somewhat the comedy writing in this title is top notch and a special shout out to your father in the game who actually had me laughing out loud several times. Other characters are written like stereotypes but overall the game is fairly well written and has had me hooked for weeks!.

Most of the time you'll be exploring the city which is quite a lofty size for a PSP title, finding other Banchos and fighting them, hopefully they will drop an itinerary which will show you when & where a leader will be. Follow this and win & you'll have beaten the school, as a stipulation you'll also draft the leader into your Bancho meaning you can call on them to help you battle other schools.
Sometimes you'll fight a tougher than usual battle as several Banchos have banded together to create a union, defeating this knocks off over 5 schools at a time so it's always useful knowing where they are if you are going via the Bancho route. 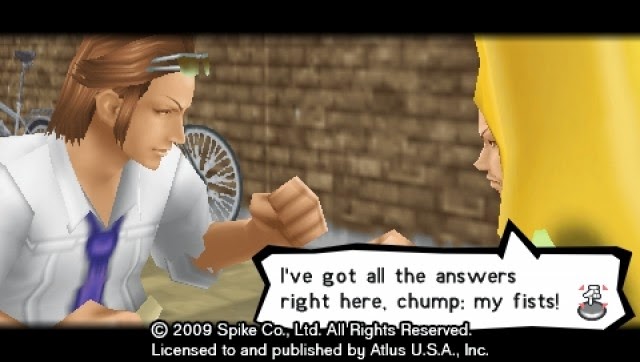 When starting a battle you have to first "Stare out" the opposition by making sure your Bancho meter is full, you can replenish by performing the "Shat Squat". Once that happens you exchange a war of words to get the upper hand, this is basically a QTE making sure your sentence makes sense, should you win you get the first shot.
The combat honestly is a little clunky and awkward, it's far from unusable but compared to it's nearest competition "Kurohyou Ryu Ga Gotoku" it's almost archaic. Moves seem to have far too much weight behind them and the lock on is borderline useless. You can somewhat remedy this by changing your move set with moves unlocked when you raise your "Bancho level" but it never truly breaks out of it's chunkiness which is a shame. 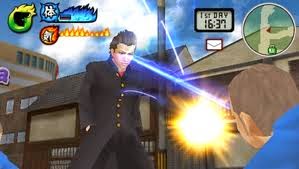 The more "Bancho" actions you perform the more EXP you gather and eventually you raise your "Badassness/Bancho level" this gives you stats to pour into such as Life,Strength,Endurance & the like. You will also unlock more moves to use as mentioned above. You unlock special moves from the Banchos you defeat & these like your stats also carry over to New Game +. Other things that carry over are money, items and Itineraries meaning a few runs should see you able to beat all the other schools quite quickly. 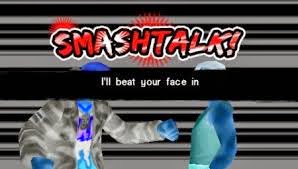 The city has plenty to do, you get around either by foot, bus, train or taxi. All take a certain amount of time out of the day so forward planning is a must!. You have shops to buy the many Souvenirs, change your outfit to your liking & trust me there are alot of clothes you can buy/unlock or give your character a new hair style!. Initially a bit daunting you will soon learn how to navigate the city and it's honestly quite impressive how much content there is here for a PSP title. 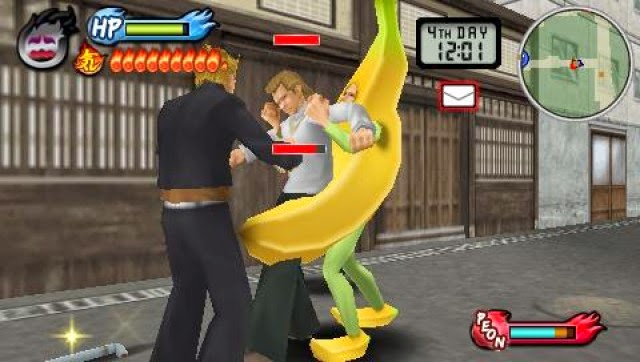 Being honest here I didn't know what to expect when coming into this title, upon reflection it's been a good long while since I have played a PSP title this much & i'm still playing now!. Kenka Bancho is so close to my top PSP title it's untrue, the combat is a letdown for the game especially as the closest rival has that locked down, the main issue with that being I can't read japanese so I miss alot from Kurohyou. There are so many different events to see & do, the battles with all the Banchos are challenging and there is just so much to see and do it's difficult to tell you how long you'll get out of the title.
My first playthrough I had followed the School Route and 1 Relationship story beating 20 Banchos & didn't collect any souvenirs, it was just over 8 hours and I had only achieved 14% of what the game had to offer. I'm now on my 4th time through and just hitting over 50% now so you'll get ALOT of mileage out of this title.

Posted by Andi at 11:17
Email ThisBlogThis!Share to TwitterShare to FacebookShare to Pinterest