Noire. who is she exactly you're asking me? well she is the Console Patron of Lastation.
Chou Megami Skinkou Noire Gekishin Black heart is her game, A Tactical role-playing game for the Playstation Vita. Ok, now that I got that silly bit out the way. Noire is from Hyperdimension Neptunia which came out for the Ps3 on August 19th 2010 for Japan, February 15th 2011 and for the Europe on March 31st 2011 and since then has had 3 main titles and a side game and has 4th main title being worked on. Enough of that though let get in to Chou Megami Shinkou Noire Gekishin Black Heart. 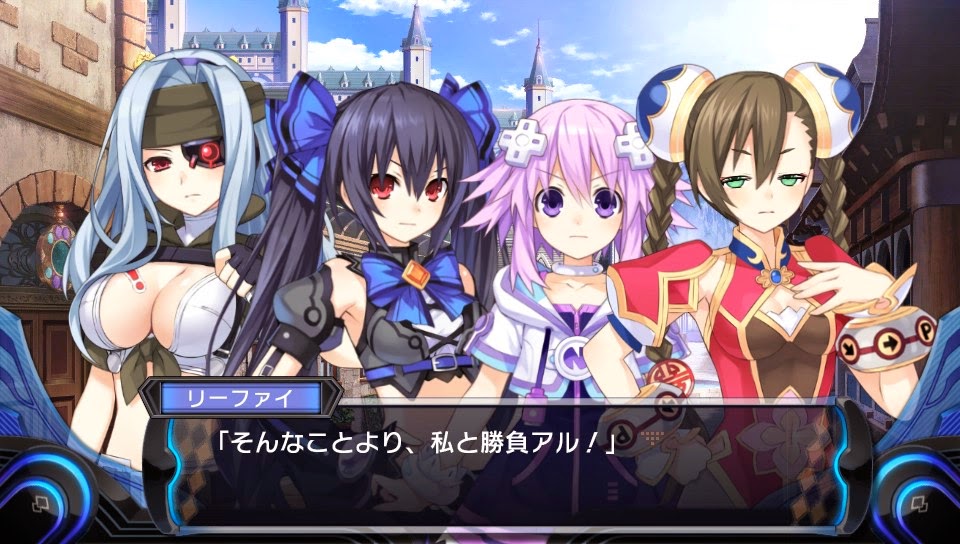 Noire is the Main character of this game as guessed from the title, this game is 100 percent hers and hers alone. Neptunia, Blanc and Vert are present in the game as party members. so you can even get your fill of the other Goddesses, as well some other familiar faces also returning. We also have some brand new characters that will join your party and each of these characters is 100 percent based on other game series like Resident Evil, Dynasty Warriors, Final Fantasy etc and the list goes on. 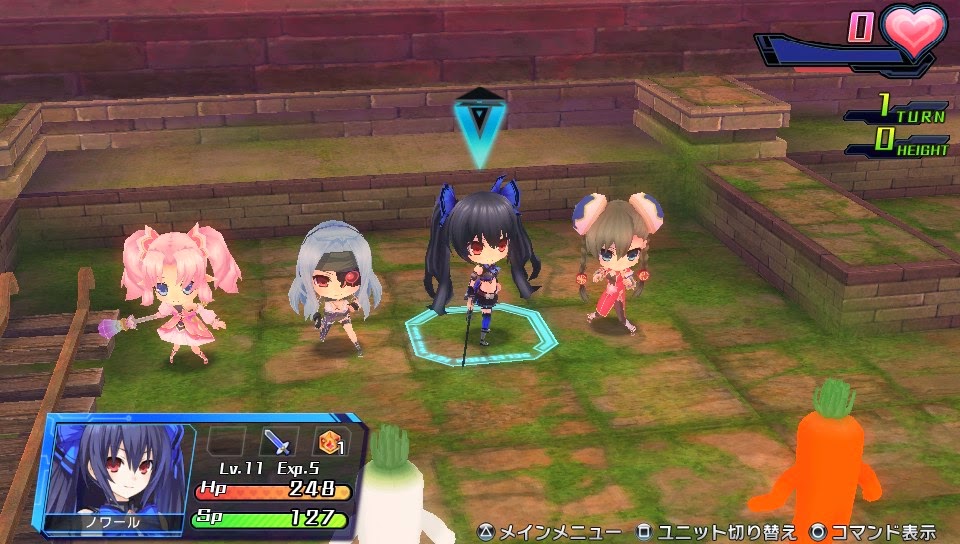 Now I want to talk about the Story. The Story is fully based around Noire but this isn't the same Lastation we all know in love, its the Lastation of Game Shijōkai - or in translation, Game Market. The Cpu´s of each nation will have to battle to earn hegemony and this each day. Noire runs into an unknown evil that strips her of her power and in then end it will be up to her and the other Goddesses to stop this evil.

Gameplay is gonna be the next thing to talk about. The game is a Tactical role-playing game like Disgaea or FF Tactics. Let´s break down how the game runs. You have the city map which is pretty much a plaza with icon that lead to a different area like a ship, a Hotel , the quest/Mission counter, a crafting store and more. Combat is turned based with grid based movement. One block is a movement  with your turn consisting of moving, attacking, or using an item or special skill. The enemy turn also will consist of the same rules, as well each mission or quest will have a specific requirement for you to meet to win or to lose that can consist of beating all enemy in a certain amount of time or just beating everything on the map. 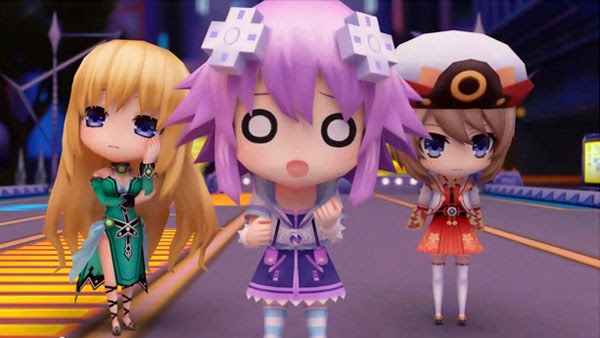 Chou Megami Skinkou Noire Gekishin Black heart, with its Chibi style characters and very indulging game play, is going to be a solid game that is very enjoying from what I have played so far. The Art style fits to the game. The gameplay is very also enjoyable and I look forward to playing the English release of it when, or if, it comes to the west. Till then ill just enjoy my Japanese copy and hope this will get you interested in Chou Megami Skinkou Noire Gekishin Black heart, so then when it does come to the west - I hope you will pick it up. I know I will.
Posted by Andi at 20:09
Email ThisBlogThis!Share to TwitterShare to FacebookShare to Pinterest