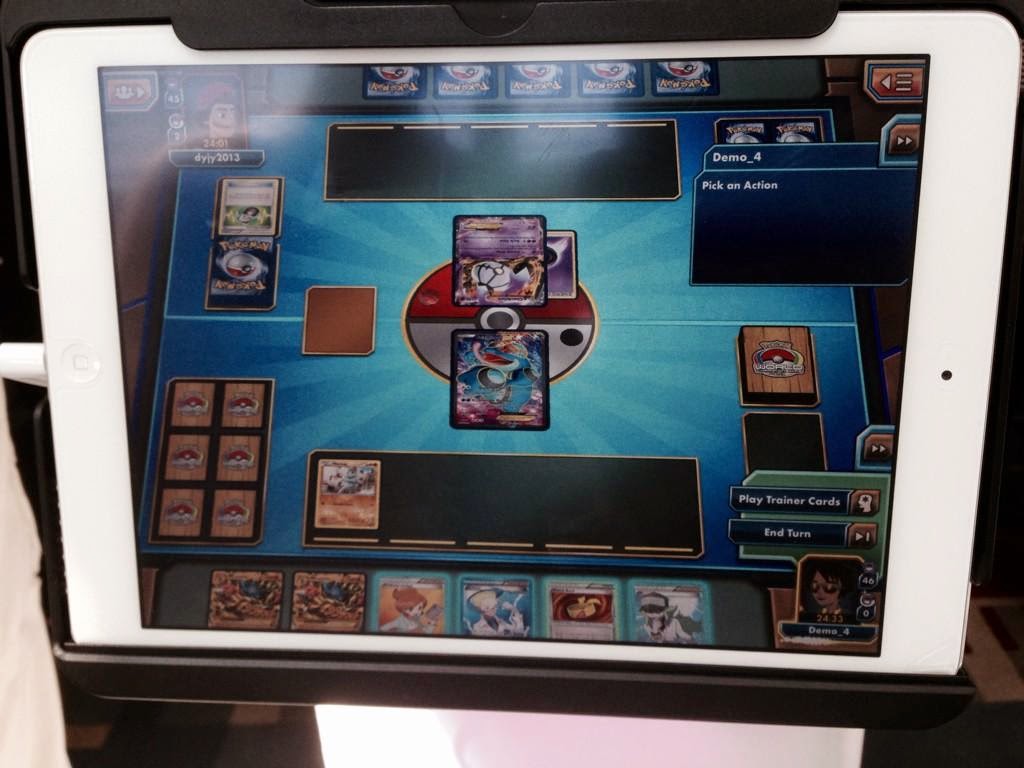 The Pokemon Trading Card Game available online via PC is now making its way to iPad.
Nintendo aren't usually ones to release an IP of theirs onto 'external' hardware afterall. So far all we know is that the game will feature in-app purchases for card decks, You start with a free booster pack & can partake in a few single player battles,  you can also use real card packs you've purchased in the game somehow & of course there will be online battles. Its the Pokemon Trading Card game you may have already tried, but optimised for the iPad. Nintendo have confirmed that it released by the end of the year.