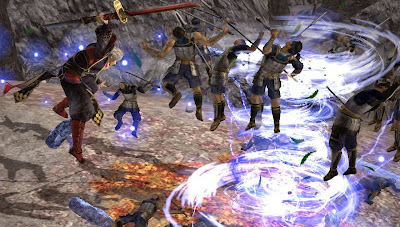 Footage has surfaced online of Samurai Warriors Chronicles 3 being played on the New 3DS.
It's not known just yet if the game will feature improvements or additions when played on the New 3DS as opposed to the regular handheld. A demo is set to launch for the game on November 6th in Japan for the original 3DS, and the “Battle of Nagara River” demo can be played for eight minutes. You can watch the Japanese footage of the game being played on a New 3DS below:

Posted by Unknown at 14:07
Email ThisBlogThis!Share to TwitterShare to FacebookShare to Pinterest