God Eater 2: Rage Burst, an action packed hunting game, brought to us by the great development team over at Shift. Rage Burst is enhanced version of God Eater 2 that features, tons of new content, new characters, a new gameplay mechanic and is now available on both the PS Vita and PS4. Rage Burst stands out for its fast paced action gameplay that gives the player the option to switch between a sword and a gun. Like many other games in the hunting genre, the tasks given are straight forward, kill this enemy and or kill x amount of enemies. There are two questions that potential buyers will ask themselves before buying Rage Burst, is Rage Burst a good enough expansion over God Eater 2 to warrant buying the ‘definitive’ version and is Rage Burst import friendly? 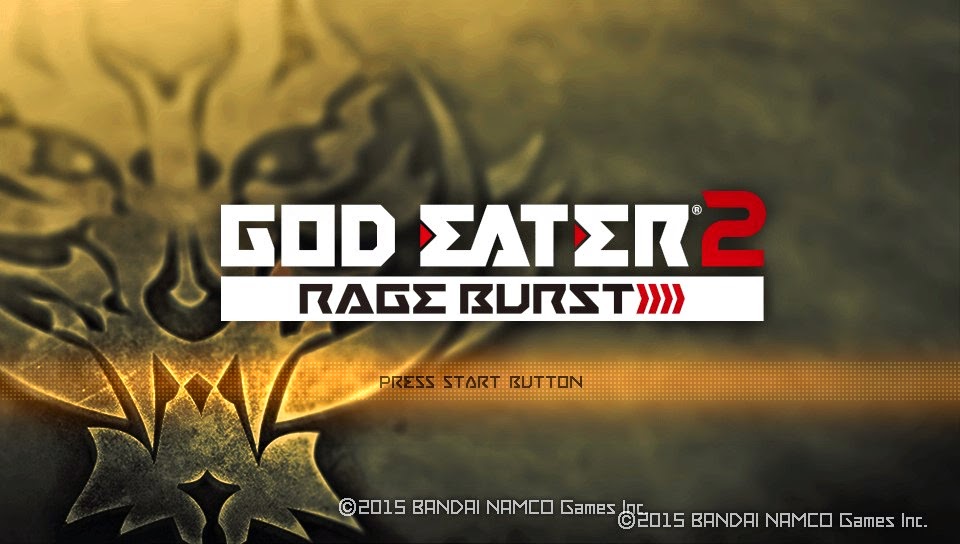 The biggest difference between God Eater 2 and God Eater 2 Rage Burst, is the new Blood Rage mechanic.  Sort of like Blood Arts, as you progress through the game and meet certain conditions, a lock on the left side of the screen starts to flash, swiping the Vita’s screen to the left prompts.  There will be options on the right hand of the screen that you can choose, each of which are contracts. Selecting one of these contracts will need the player to fulfill certain conditions, such as do x amount of damage to a certain enemy or boss. Fulfilling these conditions grant you a special buff in battle that certainly helps the player throughout the battle. It’s a neat mechanic, but I personally felt like the Blood Rage conditions were difficult to meet at times, and did not feel like the buff was worth the work. I often felt that it was much better and simpler to stick to simply Blood Arts.


Immediately after starting the game, I felt overwhelmed by the amount of Japanese text on the screen, which took me a while to figure out what each text box was for. I turned to guides that are readily available online to obtain the help I needed to navigate around the menus. Rage Burst also boasts an extensive story line with character interactions that you will miss out on by not being able to understand Japanese. If you honestly don’t care about the story and just want to dive into the meat of the game, then Rage Burst is very much accessible by players that aren’t literate in the Japanese language. 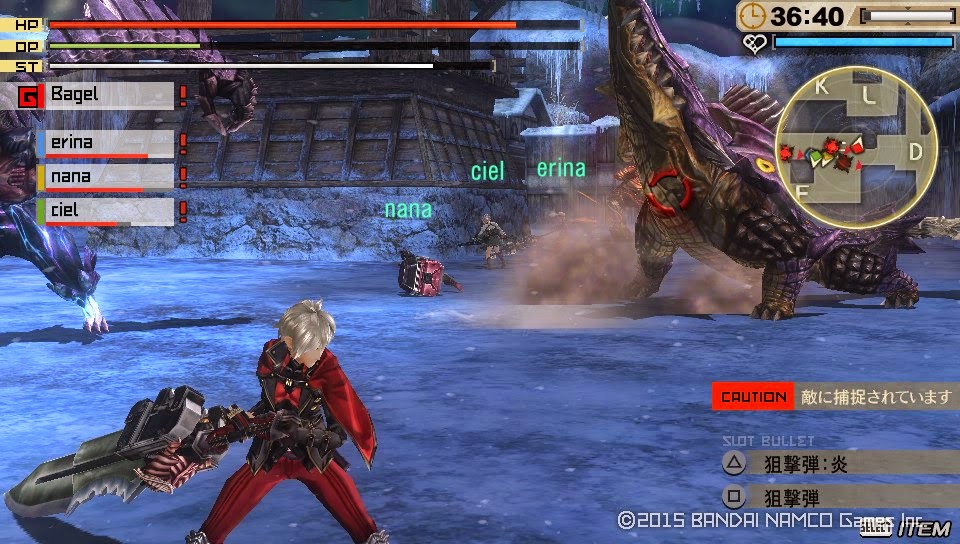 As stated before, Rage Burst features fast paced and intense gameplay. Dodging enemies left and right, switching from a sword to gun at the blink of an eye. I never felt like doing missions were a drag, in fact, I looked forward to clear every single mission available to me in the game. Dropping onto a field with my party members brings a feeling of thrill and excitement. The AI in Rage Burst, is certainly one of the best in the hunting game genre. My party members never rushed in blindly, they felt alive, it felt like an actual player was calling the shots on when to go in and when to back out.  These small gameplay quirks, really make Rage Burst feel like an experience that can’t be found elsewhere. It certainly is a shame that the AI in Freedom Wars is mediocre compared to Rage Burst, considering they are developed by the same development studio.


God Eater 2’s early criticisms were that the game lacked content, which was addressed in the form of content patches, Rage Burst contains all of God Eater 2 patches, in addition to the new vast Rage Burst content. As someone who didn’t play vanilla God Eater 2, I felt overwhelmed by the amount of content, but it wasn’t a bad thing. With the amount of content available right off the start, I didn’t have to do a certain mission over and over to obtain certain materials to upgrade or craft new weapons. Enemies were recycled often throughout the game but that is certainly a standard within the hunting genre, though I would be lying if a part of me really wished that there would be a wider range of enemy types. 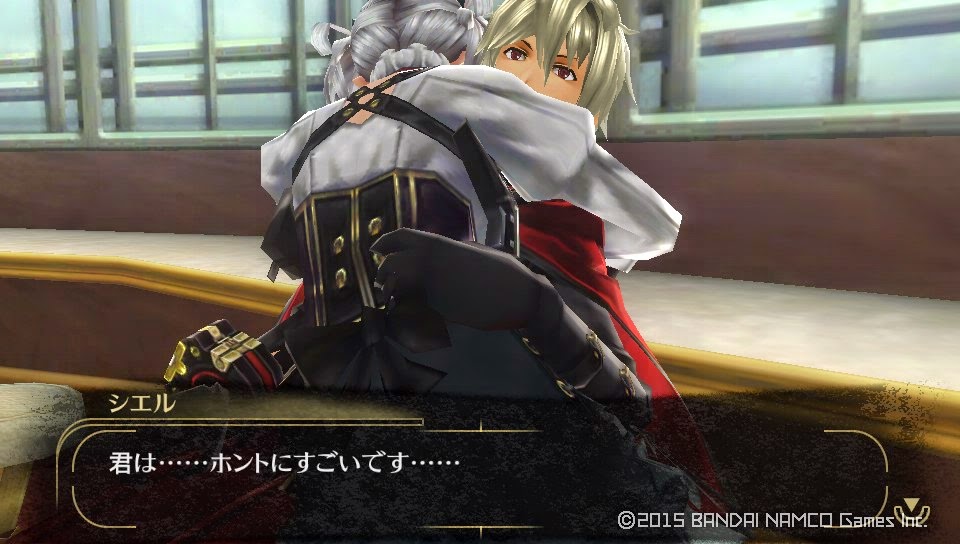 Character interactions are also a big part of the game, Rage Burst features a huge cast line up. I loved that I was able to spend time with certain characters (specifically Nana) and unlock special scenarios that appear throughout the game by triggering certain dialogue prompts. Throughout the games progress, certain characters will have an event flag next to their names when deciding which characters to add to your party to go out on a mission. Choosing a character with the even flag unlocks a cut scene featuring that character. A neat add on that makes me feel like the characters in the game are more than just tools for the player to take out on and are only convenient when the games plot calls upon them. 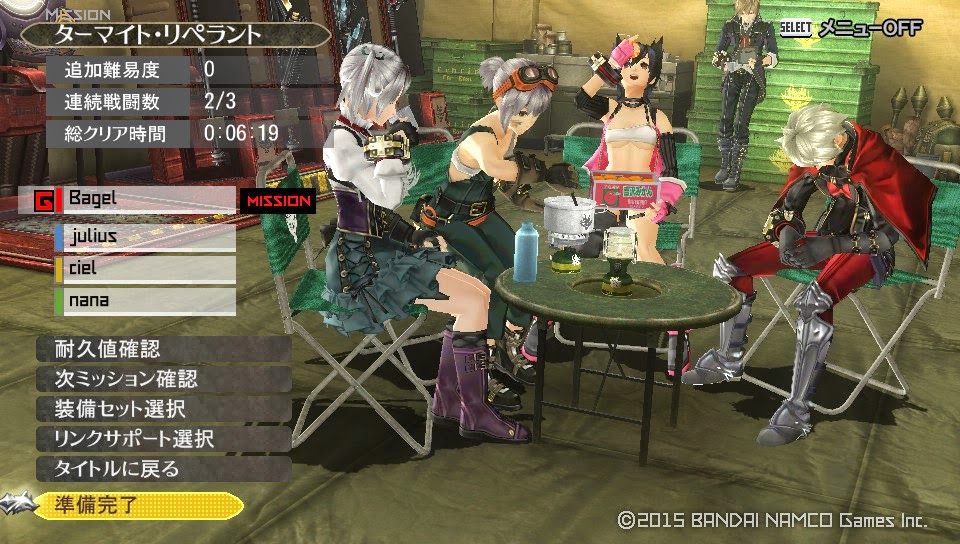 Visually, Rage Burst looks aesthetically pleasing, the visuals are sharp and the visuals look great. Despite these feats, Rage Burst is certainly a PSP game with upgraded visuals for the PS Vita and on the PS4 Rage Burst looks very identical to the PS Vita version. The only notable difference was that the PS4 version of Rage Burst does not suffer from the frame dips that the PS Vita version suffers when there a great amount of enemies on screen. Other than that, Rage Burst is a fairly average looking game, the game isn’t ugly but it certainly isn’t the best looking game on the Vita.  Something that I found to be very disappointing was the fact there is texture pop ins that are present in the Vita version, in the PS4 version of the game I didn’t find this issue present in the PS4 judging by the demo. Of course, by only playing the PS4 demo and not playing the full game, I cannot confidently say that this issue is not present in the PS4 version, so a bit of caution when going into the PS4 version expecting it to be the visually superior version of Rage Burst. 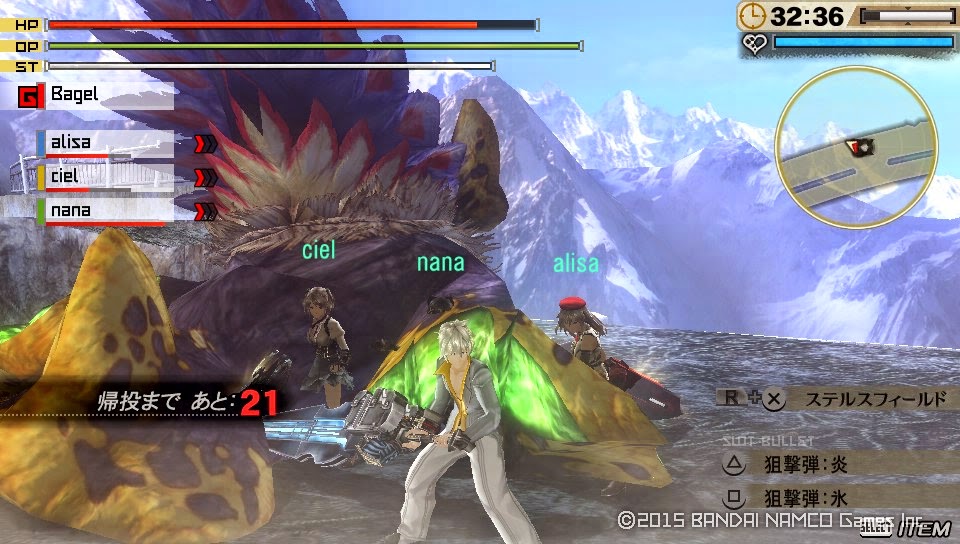 Rage Burst is a great game content wise, while I had a blast with the game itself, I felt like there wasn’t much effort put into this enhanced version of God Eater 2. Blood Rage is an interesting mechanic that could have come about in a different way than it was presented.  There wasn’t any real reason for me to actively try to activate Blood Rage, when Blood Art skills were just as good if not better at giving me the results that I wanted. Tie that in with the fact, that PSP issues like texture pop in are still ever present in the Vita version. It certainly feels like this was a half decent attempt at making a definitive version of God Eater 2. 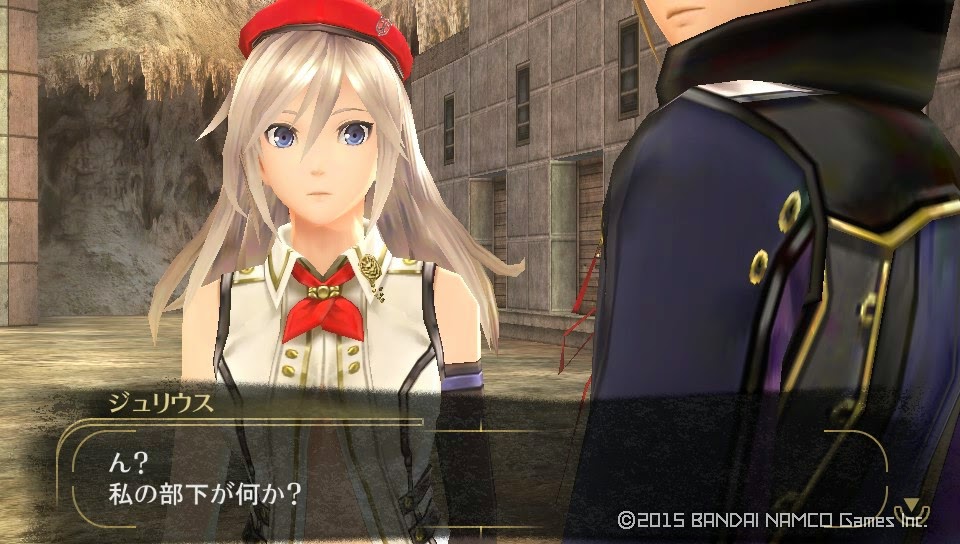 7/10
Who should buy this?
Who should avoid?
Posted by Unknown at 16:58
Email ThisBlogThis!Share to TwitterShare to FacebookShare to Pinterest