When we were angels.


Awakened Fate Ultimatum is the latest roguelike title from NIS, the follow on from Guided Fate Paradox which it's self was a spiritual sequel to ZHP from the PSP. Will this be the heavens gift in the form of dungeon crawling or just an utter hell? read on to find out. 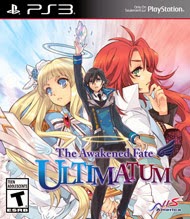 AFU stars Shin Kamikaze (just brilliant), lonely high school student with a dislike of school, students and well any form of human interaction. As in Guided Fate the powers that be step in and soon Shin is killed by soldiers with wings, fate steps in and Shin is resurrected and is given the powers of God!. Shin is basically brought in to help the forces of Heaven fight back against Hell in the war of the ages, pretty epic sounding so far!.

Along the way to winning the battle you'll meet the quirky side cast and the two main girls who represent Heaven and Hell, Jupiel & Ariel. It's through these two that the morality system comes into play, think of the classic cartoon cliche with a devil on one shoulder, angel on the other and you have it down.

The choices with these tend to boil down to stuff like "Heal the angels or leave them", "Eradicate the devils or spare them" it's all really cookie cutter choices that are not only fairly obviously but it shows which girl you are siding with. The issue stands that nothing really changes all too much, sure you side with the devil or angel but the result is often the same with nothing more than different text and/or reward. The story overall is pretty cookie cutter, it has a few moments of glory but never really pushed any new buttons, gives you just enough reason to want to head into the dungeons. 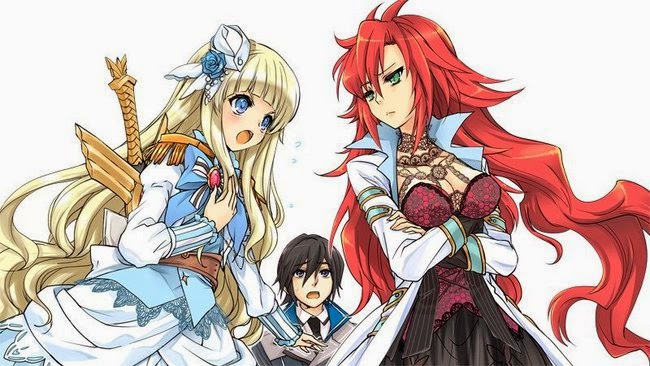 Gameplay comes in the form of your standard Roguelike game, This involves hitting the dungeons, leveling up, finding items, making great use of item management & reaching the bottom floor, it plays the same as the previous title or such titles as Pokemon Mystery Dungeon, Izumi the Unemployed Ninja & ZHP.
The major quirk is that any leveling you do stays only while you are alive in that run of the dungeon, leave the dungeon by your own means or via death and you lose all your leveling, items and anything you don't have equipped. The idea behind this is to get you to play it safe, get to the end of the dungeon, upgrade equipment & buy more items, this helps give you the edge for the next dungeon. 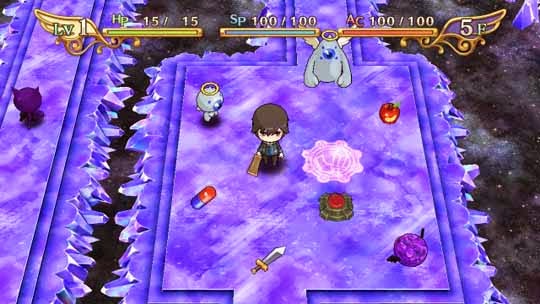 To go along with the theme of Angels & Devils you are given the ability to use the power of either side to help balance the odds. It's a basic system in which you switch to Angel to fight Devil and Devil to Angel, doing this affects your stamina which can cause your health to stop regenerating and render you unable to attack, this basically pits you the task of knowing when and for how long you should maintain each force to give you every chance you can. 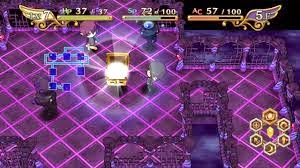 Awakened Fate Ultimatum is one of those titles that, even within Niche gaming, is only going to interest a very small section of the market. I'm the first to admit I don't like the genre that much but there are a few titles which I still enjoy, this unfortunately didn't sway me. It's by no accounts a "bad" game, infact it works on the gameplay side at least better than the previous title, the problem lies in that it's stripped too much of the previous titles charm, it's story is a little more generic focusing on the balance of good & evil, there is less of a supporting cast and what little remains just isn't the usual NIS quality you'd expect. As I previously said this title is for Roguelike fans only, there isn't really any gateway stuff from other genres that would interest non fans, but for anyone who enjoys that particular form of game - it'll be serviceable


Posted by Andi at 11:32
Email ThisBlogThis!Share to TwitterShare to FacebookShare to Pinterest