Have you ever thought, hey wouldn’t it be awesome if a game development studio came together and made a fighting game featuring all of my favorite anime characters?  Well guess what, your pleads have been heard, the great folks over at Ecole Software and French Bread studios have banded together to develop the game you’ve always wanted, Dengeki Bunko: Fighting Climax. 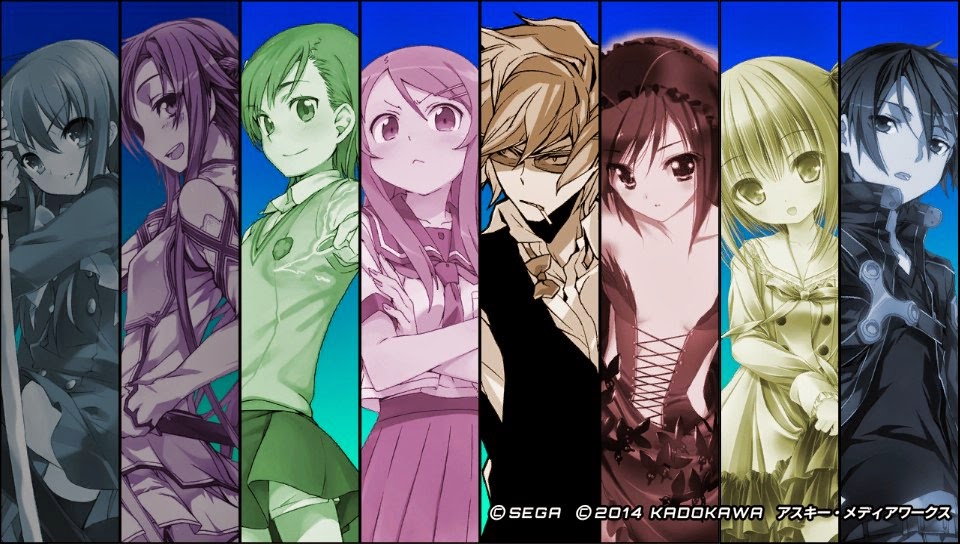 As the title of the game suggests, all of the playable characters in the game, with the exception of two characters, are from the Dengeki Bunko light novel prints.  Characters from the Sword Art Online, Durarara!!, Black Bullet, Strike the Blood and other franchises make appearances in the game.  You might be asking yourself, isn’t this a cheap cash in fighting game?  Well not exactly, French Bread is a reputable fighting game developer, most well known for their Melty Blood series and more recently for their latest release, Under Night In-Birth.


The story is fairly minimal and quite honestly I have no clue what the story is about but from what I gathered there is an entity, that is based on the Dreamcast, that brings all of these characters to fight against each other.  The good news is that Fighting Climax will be localized in both Europe and North America and we’ll be to find out what the games story is about.  Though I feel like the story is something that many players will quite frankly will not care all that much about.  From what I played in my imported copy, the story feels very minimal and short, the only reason why I played through all the story modes were to obtain the trophies that pertained to each character. 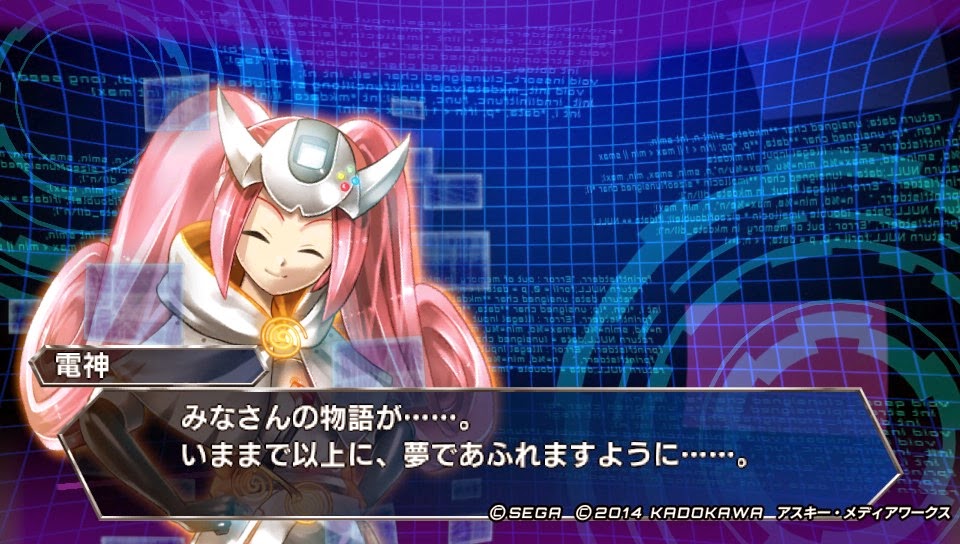 
Like most fighting games, there are your weak, medium and strong attacks.  Then you have the assist command action that calls in your assist character.  The assist system in Fighting Climax is really unique and I really appreciated that the developers took the time to add in a system that adds a great dynamic to an overall fairly casual game.  I say Fighting Climax is a fairly casual game because Fighting Climax as a fighting game is not a hard game to master, spamming weak attacks can score the player a combo that can deal good amounts if damage.  Which is why I really appreciate the assist system I mentioned earlier, using different assist characters can change how you play a certain character.  For example Rentaro really works well with an assist character like Enju because of how Enju’s attacks synthesize well with how Rentaro’s play style is about precision and timing. 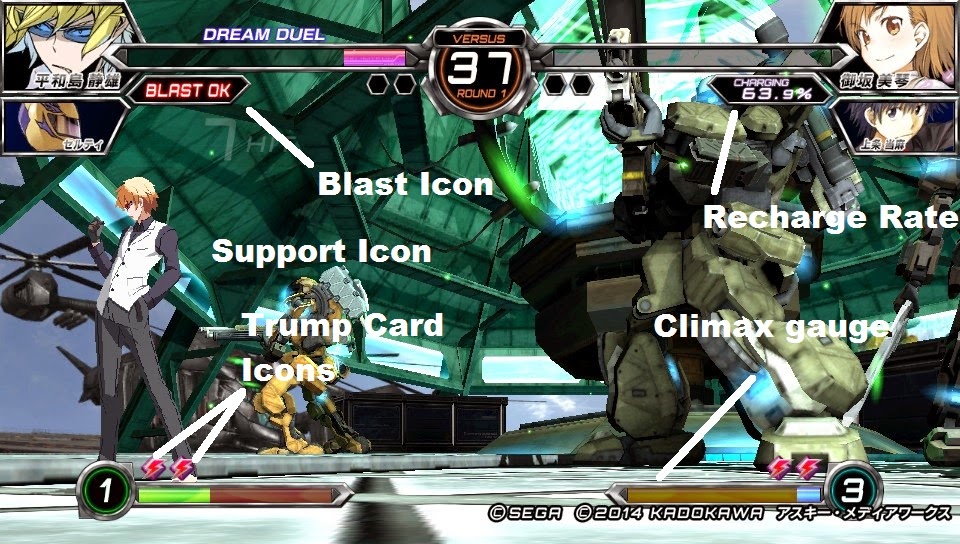 The UI, like other games in the fighting game genre have their set of bars or meters.  You have your Climax meter, Trump Card icon indicators, Assist character icons, and Blast readiness icons.   The Climax meter is consumed when the player performs special attacks, special assist attacks and Climax Arts, which are like super combos per say.  Trump Cards give the player the ability to use special attacks that are unique to each character, some characters Trump Card abilities may or may not do damage.  Rentaro for example gains a speed boost and a 1 second grace period to do anything once activated, meaning during that grace period he can block or even counter an attack from the opposing player.  Shizuo’s Trump Card on the other hand enables an attack that deals a good amount of damage.  Trump Cards should not be used to take out the opposing player easily but as the name suggests, Trump Cards should use as a final resort to get out of a bind, so please keep that in mind!  The Assist Character Icon is there to let you know whether or not you can use your assist character yet, so once you use an assist character their icon will be shaded a dark grey and will not be available for use until that bar returns to its former color.  Finally, the Blast Icons indicate whether or not you can use ‘Blast”.  There are two types of Blast that can be used, Combo breaking Blasts and Climax Building Blasts, if the player is being laid down with an extended combo from the opposing character you may use your Blast to get out of that bind.  Climax Building Blasts on the other hand let the player build up Climax if they are low on Climax Meter.  I personally didn’t use my Blasts to build up my Climax Meter because the Climax Meter is built up as the round goes on.
Despite being an overall easy game to learn mechanically, I really appreciate how the different game mechanic systems like the Trump Card and Assist system helped shaped Fighting Climax into a much more balanced fighting game.  Fighting Climax could have easily become a game that would enable combos to be easily spammed and which could lead to only a few characters on the roster being utilized as a cheap way to win.  That didn't happen of course. 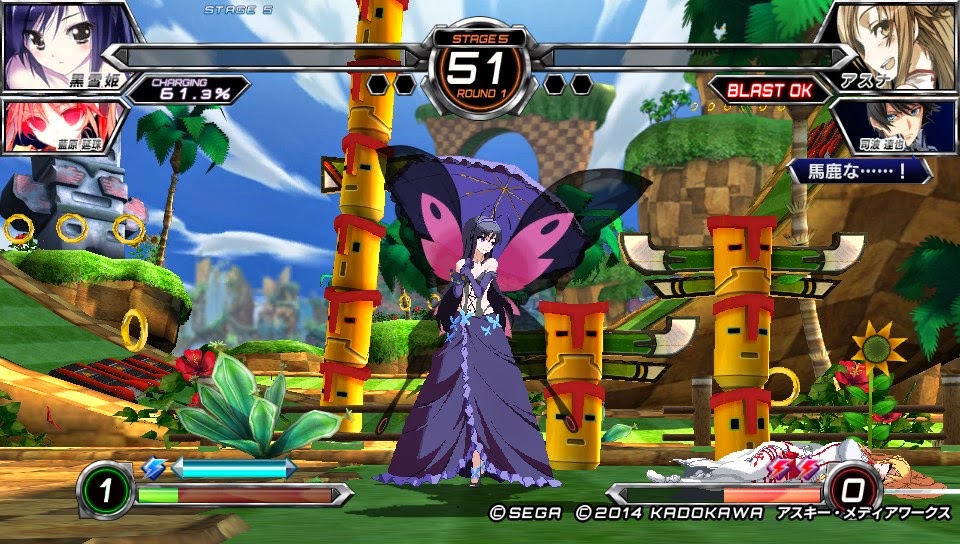 Visually Fighting Climax is very pleasing to the eye, the background environments for each stage are very pretty to look at while not distracting the player from the match at the same time.  There are stages like the Green Hill Zone from the Sonic series and a battle area from Valkyria Chronicles.  The sprites are also very well designed and drawn out.  The in game art portraits were also done from their respective artists for each series, which is why anyone who picks up the game might question why the characters all look like they were drawn by different artists.  Fighting Climax also appeared to run at 60 frames per second and ran at a resolution that did look native, there is no information out, that states at which resolution the game ran at but it’s safe to assume that it was native.  Having that said, running at these settings led to a smooth experience on the Vita.


The netplay for Fighting Climax is also region free, so importers don't need to worry because you will be able to play online despite not living in Japan or having a JP PSN account.  Though that really shouldn’t be much of a concern anymore because Fighting Climax is being localized.   Overall I was very pleased by how smooth the netplay was and how generally lag free each match was.  There were some instances of lag but those occasions were very minimal. 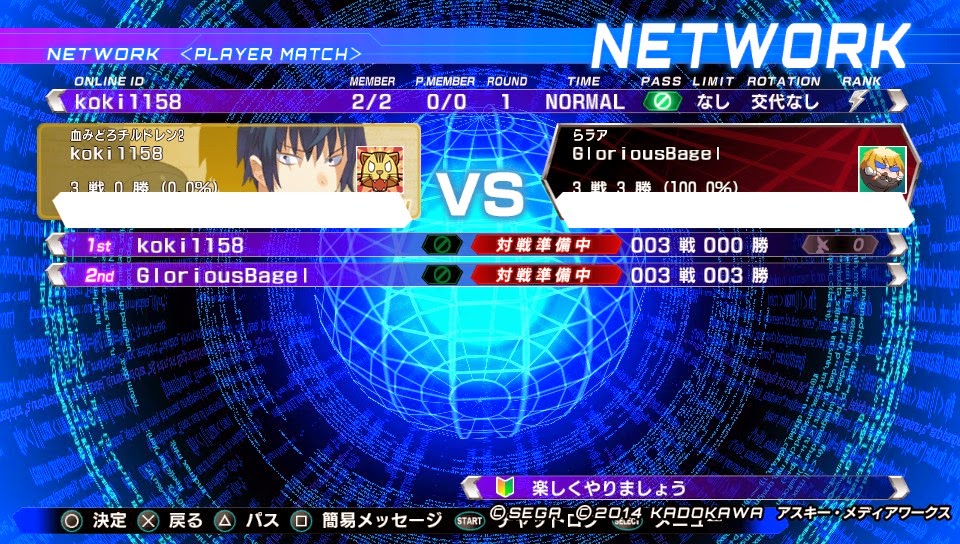 Fighting Climax is a very fun game that can appeal to both the casual fans of each respective character’s anime and hardcore fans of Fighting Games.  The casual gameplay can be a turn off to the more hardcore players such as the fans of the Guilty Gear series but I really feel like Fighting Climax’s fun factor makes the casual gameplay an easy oversight and can entice many players to play the game regardless of their skill level.  Fighting Climax is also a great game to import since many menus are already in English and there are many guides readily available on the internet.  Though I don’t know whether or not I can recommend importing the game now because Fighting Climax will be localized in the summer in both North America and Europe.  If you really wanted to get an edge on the competition that will arise once the game drops in the west, by all means import Fighting Climax.


Posted by Unknown at 19:00
Email ThisBlogThis!Share to TwitterShare to FacebookShare to Pinterest