Now we come to a BIG review. This is the sort of game that has most reviewers buckle and pander to the millions of gamers that buy the game. Here though we've already shown some integrity and its going to continue now. If your a Pokemon fanboy looking for more justification, then this review is not for you as I'm going to point out things you probably haven't noticed through your fanboy goggles. Don't get me wrong, I have a nostalgic love for Pokemon, Probably putting more hours into Red, Blue, Yellow & Green than most have spent during the entirety of the series, and its because of that love that I'm going to be as objective on this as possible. Because its needed. So how has one of the most eagerly awaited 3DS games turned out? 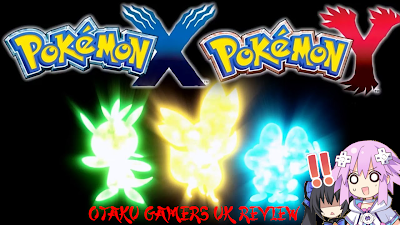 As always lets begin with the story, or the lack thereof. Like previous Pokémon games, X and Y both follow a linear storyline; and begin in pretty much the exact same manner. Your character in Pokémon X and Y is a young teenager from Vaniville Town who sets out on a journey with their 3 friends (Shauna, Tierno, and Trevor). At the beginning of the game, you get to choose either Chespin, Fennekin, or Froakie as your starter Pokemon before later receiving either Bulbasaur, Charmander, or Squirtle (Yay!) Your primary goal, as always, is to defeat the 8 Gym leaders for their badges then challenge the Elite Four of the Pokémon League and its Champion, to win the game. Can't have a Pokemon game without villains, so here we have Team Flare who appear at first to be geared towards making money off of Pokemon, but it is later revealed that their desire for beauty extends worldwide and they wish to wipe out humanity and civilisation to keep the planet in its pristine and beautiful state. Sounds good on paper, but in truth I found it to be underwhelming and the lack of solid support cast makes the issue even more glaring when you factor in the game is a single-player RPG. Its definitely the weakest story in the series to date. Your 3 friends (or 3 irritating gobshite friends as Andi put it once) always seem to pop up when you don't expect and tend to have you deviate from what you were doing to do something with them. I couldn't help but yearn for the rival system of old. With the old rival system, they would turn up and pummel you with slightly stronger Pokemon so you knew to step up for the next section. Here your friends are so easy to beat its criminal, causing you to not have any indication of what to expect in the next section from wild Pokemon. The game world is as large as you expect with the usual towns & cities sprinkled around the. Each town contains the usual Poke Centre (for healing and switching Pokemon mainly) and a Store (for purchasing items), whilst also adding numerous other places - including a new clothes store. Certain items of clothing are available in certain towns for you to purchase and customise your character. While a whole shop to host a few hats to buy is a little extreme, its a welcomed addition with the move to a 3D engine.  The feature set for the game seems fairly large (Ive not really played the DS Pokemon games, so some of these may be new to me, but not you) which helps alleviate the woes of the story somewhat by offering a bit more content. The Player Search System (PSS) is a multiplayer feature that allows people to connect, battle, and trade with other players through the Internet. It uses the bottom screen and allows the player to search for other people playing both globally and locally. Having it always available on the bottom screen was a genius idea as its always readily available. Pokemon-Amie is also a new feature that allows you to develop stronger bonds with their Pokemon. It uses the touch screen to allow you to pet, feed, and play with Pokemon currently on your team. You may interact with your Pokemon by petting or feeding them via the touchscreen or mimicking their movements using the camera. It seemed to be a neat little feature that I unfortunately didn't spend much time with. I haven't mentioned the Pokemon themselves yet have I? Well there are now 718 in total, 69 new ones added for Pokemon X & Y. I'm hoping someday it stops. Most people will never capture half that, let alone all 718. Considering Ive only pretty much used 1st & 2nd gen Pokemon games, Ive personally found most of the new designs to be a little ridiculous. At times the 1st gen Pokemon look so out of place when put near some of the new designs. Still, that's a LOT of Pokemon if your going for that 'gotta catch em all' vibe. A new Fairy-type is introduced for both new and old Pokemon, the first new type added to the series since Pokemon Gold and Silver (Game developers stated the addition was used to balance the Dragon-type) Theres also a new element in the game with regards to evolving called Mega Evolution. With this fully evolved Pokemon can use special items to temporarily evolve further into more powerful Mega forms during battle, with some Pokemon having more than one possible Mega form available! Nothing can be said against the games content in that regard, but is it enough to blanket over the few issues so far, notably the lack of anything approaching a noteworthy narrative and lack of a decent supporting cast? 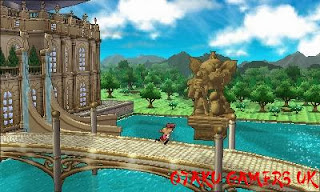 The game play is just as you'd expect a Pokemon game to be. For those new to the series - Pokemon X & Y are RPG games with adventure elements utilising an overhead camera, on the odd occasion switching to 3rd person. By fighting other trainers in turn-based battles, your Pokémon gains experience & they level up and increase their battle statistics, learn new abilities, and in some cases, evolve. You can capture wild Pokemon too as you walk through long grass or caves etc by weakening them in battle and catching them with Poké Balls. Only 6 Pokemon can be carried. First lets talk some additions! When out in the wild It is now possible to encounter several wild Pokemon at once. Up to five wild Pokémon will battle against one of your Pokemon. These battles offer a lot of experience! Some attacks like Rock Slide, are can hit all your opposing Pokemon. However, when you turn is done your Pokemon must face the attacks from all its opponents. Sky Battles are also added and these are battles which are restricted to Flying Pokemon (although some Pokémon with Levitate can enter) These airborne battles take place against Trainers standing far away, such as on cliffs. When it comes to getting around the map, you now have rollerskates and can grind and overcome obstacles or get back to other areas quicker. So far so good. Unfortunately, all the additions seem to do is paper over the cracks in regards to the gameplay mechanics being essentially the same as Blue & Red on Gameboy. Sure, there's refinements to stuff like the battle system, but when the mechanics are the same as back in 1996 (JP release date by the way) it can hardly be regarded as an improvement. A few additions to the core gameplay itself would have been preferential than 69 new Pokemon. Considering I haven't picked up a Pokemon game since LeafGreen and played through it in its entirety back in 2004 and yet Ive noticed this, how has most of the mainstream gaming press missed this? While hardcore fans of the series and newcomers won't care either way as it does help in a way with easing you into a newly realised game world, The issue is still there. With the move to a 3D engine its even more noticeable as the game looks like it belongs in the 21st century, but has gameplay stuck in the 20th century. 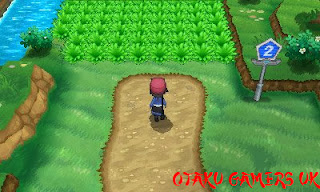 While the game slouches a bit with its gameplay, Its new 3D engine most definitely picks up some of the slack. The art direction is superb with some rich & colourful visuals perfectly complimenting the architecture and world designs. Gone are the sprites of yesteryear to be replaced with a fully realised 3D world and the ever awesome cel-shading. The Pokemon look and move like they're from the anime now with some decent animations on the Pokemon themselves, slightly at odds with the somewhat lacking SFX when the Pokemon unleash their attacks though. Still, everything else from textures to models are nicely rendered with cel-shading applied for good measure. The camera can sometimes be an issue, appearing too close at time, but is mostly serviceable. The switch to a 3rd person camera on the odd occasion gives you another aspect to check the new graphics from and mostly works out. This is a massive upgrade over earlier Pokemon games, and a welcome change. One are that didn't get as much attention is sound. Nearly every Pokemon has the same type of synthesised growl, scream, or shout as every Pokemon in every previous game has, but Pikachu has been singled out for its own improved sound bank. Personally the sound of Pikachu going "Pika!" doesn't have me going weak at the knees though. The same music & sound is present as always, but they do seem to be at a slightly higher sample rate to improve the quality a little which is never a bad thing. Still, its great to see such an improvement with the game on a graphical level.
3D - Now lets talk 3D. Im just gonna come out and say it. Its woeful. Useless even. During most of the game it isn't even activated, the game mostly plays as a 2D title, and when it is active it has issues. The main area of 3D usage is during battles (as long as its 1v1) The main problem you've probably heard of though is that the framerate nosedives completely, almost hitting single digits at times. That turns out o be the case too. How is this possible in an enclosed area? I wonder that myself. The effect is also fairly flat during battles with little depth and no pop. The only time it looks at all good is during a Pokemon evolution, cinematics and the odd stroll through a cave where the 3D oddly kicks in (a little jarring when the rest of the time its 2D) Is this a sign of things to come from Nintendo's 1st parties now the 2DS is available? I hope not. 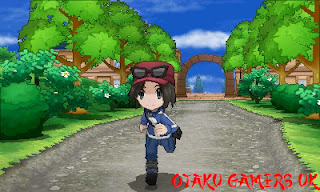 Conclusion
Its hard to deny that the series has lost some of its charm & magic due to the wealth of iterations that has come before. While the refreshed 3D graphics look gorgeous on the 3DS, although the 3D is woeful to say the least, those looking for a similar refresh in gameplay will be sorely disappointed. Theres still fun to be had but X & Y's general structure & gameplay remains almost identical to its forbears, whether the new additions are enough for you to overlook that is something to consider. Pokemon X & Y isn't quite the Magikarp of the series, but its far from the Gyarados either.