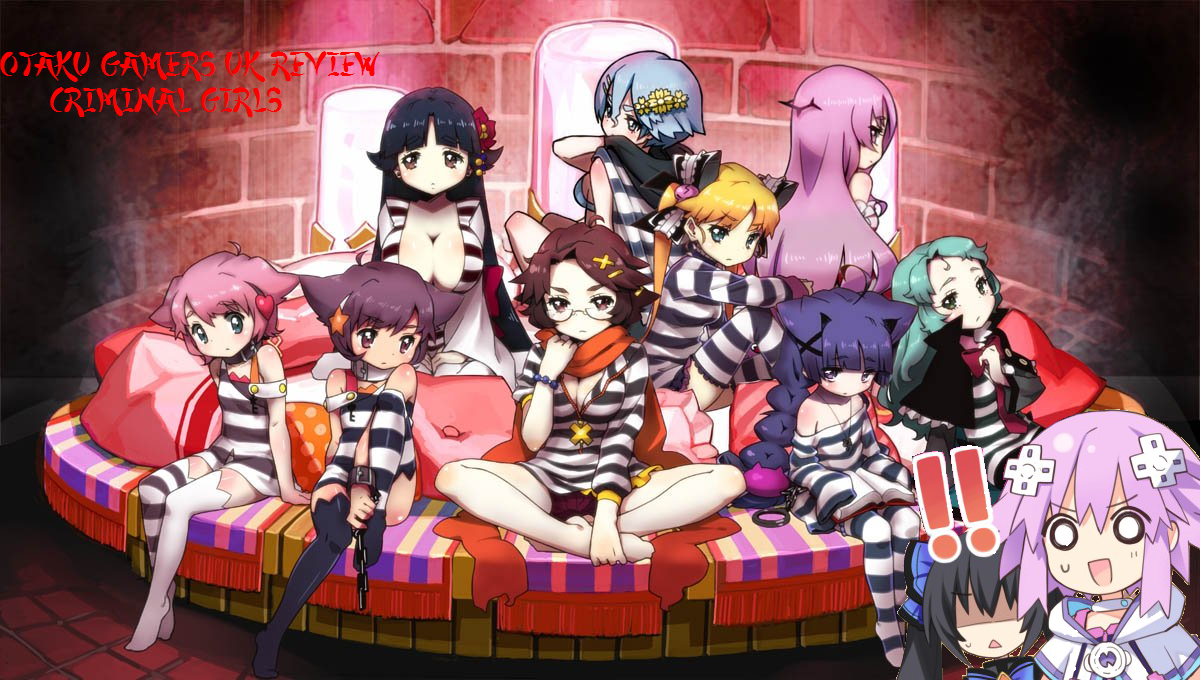 With the popularity of the post on the Vita remaster still propping up part of the Popular Posts section these days even though it was published back on November the 8th, I thought Id have a look at the original PsP release. The Vita remaster looks to be an improvement, but just how much of an improvement does it need to be? Lets find out!

EDIT: We now have a review for Criminal Girls Invitation [HERE]

The premise of the game tasks you as a warden in hell assigned to a group of female criminals who have been given a chance to redeem themselves and earn a second chance at life by battling against the many enemies that inhabit the tower you must climb. Whether these girls make it to the top of the tower and return to life is largely up to you! The story is a little more interesting than you would believe, with the amusement of Miu (You're superior officer) turning up occasionally to give you a smack. The girls themselves all play a part and each one has enough individuality about them that you'll no doubt settle on a favourite or 2. We also have an added bonus of multiple endings! The girls all ended up in hell for one reason or another, as you'll find out as you make your way through the story, but they are not the most obedient of party members to start off with. This is where the much maligned punishment aspect comes in. Managing the girls and keeping them in line as you continue to climb the tower is vital. The 'Punishment' aspect is actually a lot more tepid than you think, if you was to go off the mainstream press reaction to it. It is basically a set of "mini-games" You can choose to play them whenever you go a Save point, which also acts as a shop & rest point with which to heal your wounds, and choose "Punish". The first one you'll use for example is a basic timing mini-game, though there are 5 games in total that unlock as you progress. An icon will pass over your character icon in the corner and you have to time the push of the button perfectly to maximise your score. Higher score equals more XP towards your characters skill level. That's it. That's the extent of 'whipping' the girls in the first mimi-game. Hitting small icons in corners, so risque (see the first screenshot) Each character has their own skill tree with which to level up this way though, and with a party totalling 9 there's much to do with this somewhat novel system of increasing the characters skills. The girls are also unique in their abilities as each could be regarded as a different 'class' (for example Alice could be regarded as a 'Black Mage' due to her powerful attacking magic and weak physical stats) meaning you'll be switching up your party often to suit your needs. The game features all the usual tropes of your typical Jrpg once you factor in the dungeon crawling structure of the overall game that its a shame it doesn't try to offer much above the standard fare considering its setting, aside from the novel levelling up system. Replayability is surprisingly high though. With a few endings to play for & only being able to choose a singular character to act as your knight in the final battle, multiple playthroughs will be needed to see everything on offer (There's also a hidden dungeon once the game is done) A first time playthrough will set you back about 25-30 hours, which is not too bad at all. Once you've done a playthrough & got a feel for the game the time decreases so multiple playthroughs isn't too taxing. So we have an interesting setting, novel levelling system, dungeon crawling structure & decent replayability. Not too bad so far then. 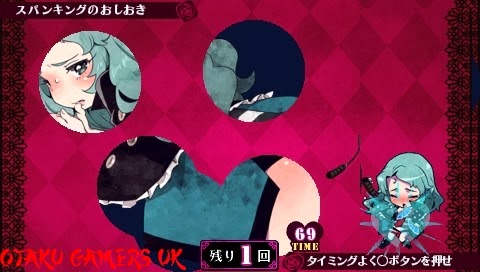 The structure of the game itself is strictly a dungeon crawler. It will rarely ever deviate from this, so expect a lot of grinding with difficulty spikes at notable parts of the game and with you making your way up the tower its easy enough to not get lost. I suppose the game is linear, but fans of dungeon crawlers will already know what they are getting in to. This leads on to the combat system as you'll be doing a lot of it. Combat in this game is rather unique in that you don't get to actually choose what each individual girl will do during your turn. Instead, the AI reads the current situation and provides 4 choices to choose from, with only one being selectable for that turn. Its sounds a little weird but it works well. At the start of the game, this will mostly consist of choosing who will attack that turn with the option of a couple of characters attacking at once springing up on the odd occasion. Later in the game though once the girls begin to accumulate a wider array of skills and attacks, the AI will choose what it believes to be the best course of action for the situation you face and you will choose accordingly. For example, when the part is low on health, the AI will bring up the option to Heal if Yuko is present on the field. Items etc can also be used by pushing 'L', but using an item obviously uses up that turn. While it all sounds a little too simple, and most probably should be taken as such, its is accessible and makes settling into the game easy. The game is still very much a traditional turn based RPG. A little more control over proceedings would've been nice obviously, but the AI does a good job of choosing the right options that you'll barely ever find yourself grumbling at whats on offer. 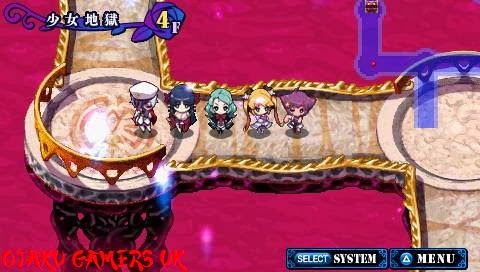 When it comes to the games presentation, You'll either love it or hate it. Criminal Girls offers the usual Moe styling, which I love personally, that always seems to divide opinion. Luckily the game has little of the sexualised imagery that it has become infamous for during gameplay, less than you would think in truth with it seeming to be focused in the background during 'Punishment' mini-games. For the most part, gameplay looks exactly like the second screenshot above with the entire engine put to work with 2D the rendering of the games characters & dungeons. Things are a little basic with the backgrounds not really featuring much in the way of detail and character sprites lacking sharpness, animations & effects during battle could also be a lot better. The game never lets up with conveying the cute Moe aspect of its cast though as the 2D cutouts used during dialogue sections are really well detailed, a little jarring when placed with the rest of the basic aspects of the games design in other areas at times. Then again we all knew that this is a game with a shoe-string budget and concessions would have been made. Those of a niche inclination with regards to Jrpg's will find things easily tolerable. The voice-acting though is quite good, with each character seeming to have a personality perfectly conveyed with some good voice-work. The rest of the soundscape is as standard as it gets, but worthy of note is the main title song 'I can fly' which is catchy enough for you to listen to whenever the game is fired up. Things could've been better from a presentation perspective, but I think I'll cut the devs some slack as it is on PsP afterall and eastern developers have far less of a budget than most in the industry to pile into graphical assets. 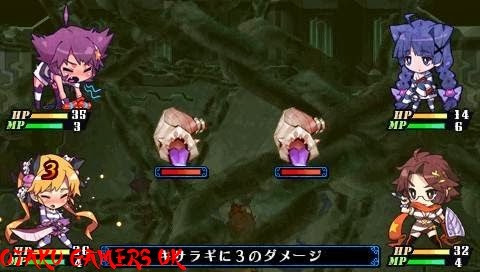 Conclusion
With the 'Punishment' aspect being more tepid than led to believe, what we're left with is a standard RPG with a couple of novel ideas. Its accessible combat & novel levelling system allow it to elevate beyond average obscurity, but almost everything else comes across as standard. The cute characters & interesting setting keeps things ticking over nicely though and fans of dungeon crawlers or niche JRPG offerings will find enough here to enjoy a playthrough or two due to its multiple endings. At least under all the maligned talk from the western press due to its content, there's actually a game here that's not too bad.

Footnote: Ive enjoyed my playthrough, but then I enjoy quirky Jrpg's. There is no english patch though for those hoping otherwise. There's a few quides online that you could follow while playing to keep you in the loop. Thats if you try it anyway....
Posted by Unknown at 16:42
Email ThisBlogThis!Share to TwitterShare to FacebookShare to Pinterest