News: The Evil Within delayed 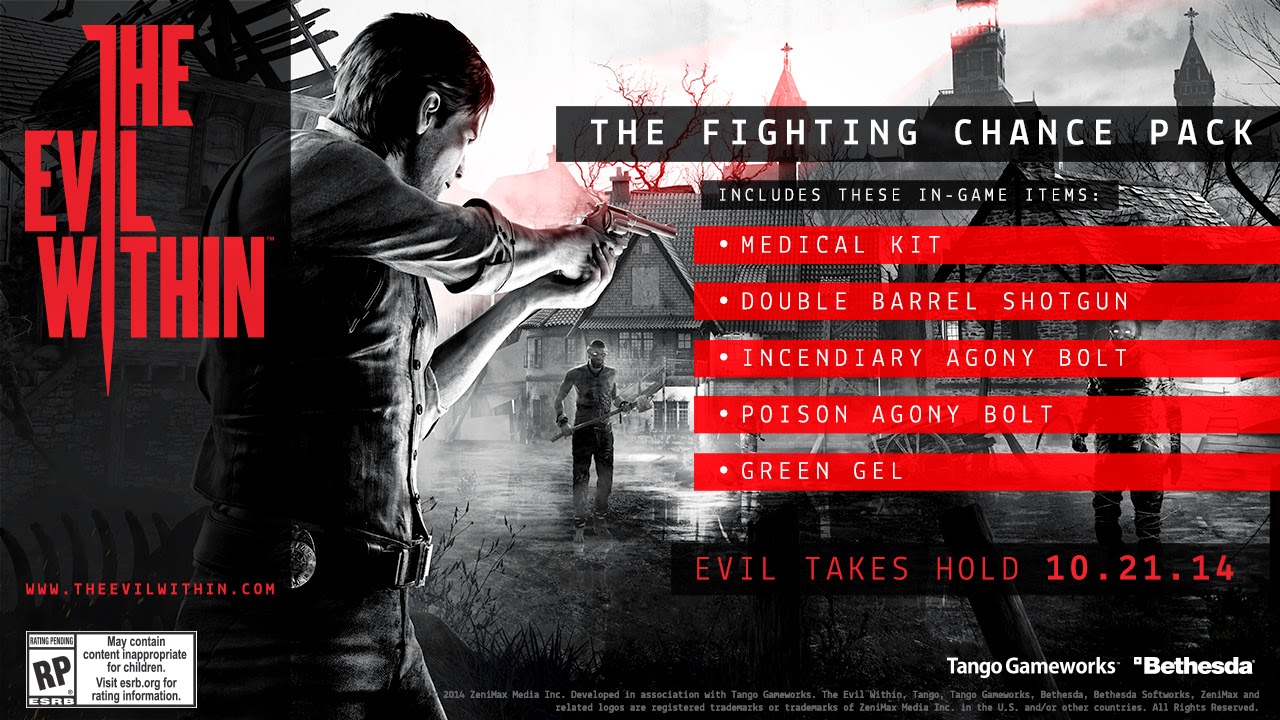 The Evil Within, set to release release in August, has been delayed.
It will now be launching for PlayStation 4, Xbox One, PlayStation 3, Xbox 360, and PC on October 21st in NA & October 24th in the EU

“Shinji Mikami and his team at Tango Gameworks have asked for additional time to further balance and refine the game in order to deliver the polished, terrifying pure survival horror experience they set out to create,” Bethesda stated in its press release.

Pre-order details were also announced and will include ‘The Fighting Chance Pack,’ which will provide players with a number of additional items for use in the game, including:
A new trailer entitled 'Terrified' is embedded below:

Posted by Unknown at 16:18
Email ThisBlogThis!Share to TwitterShare to FacebookShare to Pinterest