Revolution - an overthrow or repudiation and the thorough replacement of an established government or political system by the people governed. 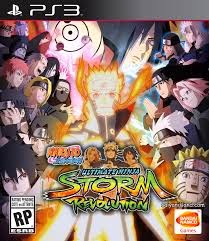 So does this title overthrow the established systems in the Ultimate Ninja Storm series? Follow me on my Ninja Way!.

NSUNSR or Revolution as I'll call it from now on to save time is the latest installment in the Ninja Storm series from CC2. Following on in style from Ninja Storm 3 Full Burst this new title just like Generation is more of a side story instead of the main series.

The main idea here concerns the Ninja World Tournament & CC2 have ran wild with the contenders who will be attending, over 100 characters from everyone's favourite orange jumpsuit wearing Ninja's tales are here to attain immortal greatness.
Just like in Generations the general idea here is CC2 are adding some fan favourites missed out in 3 and including some characters from the manga past where the previous game ended, balanced out some of the characters and have tried out some new ideas but more on that later. 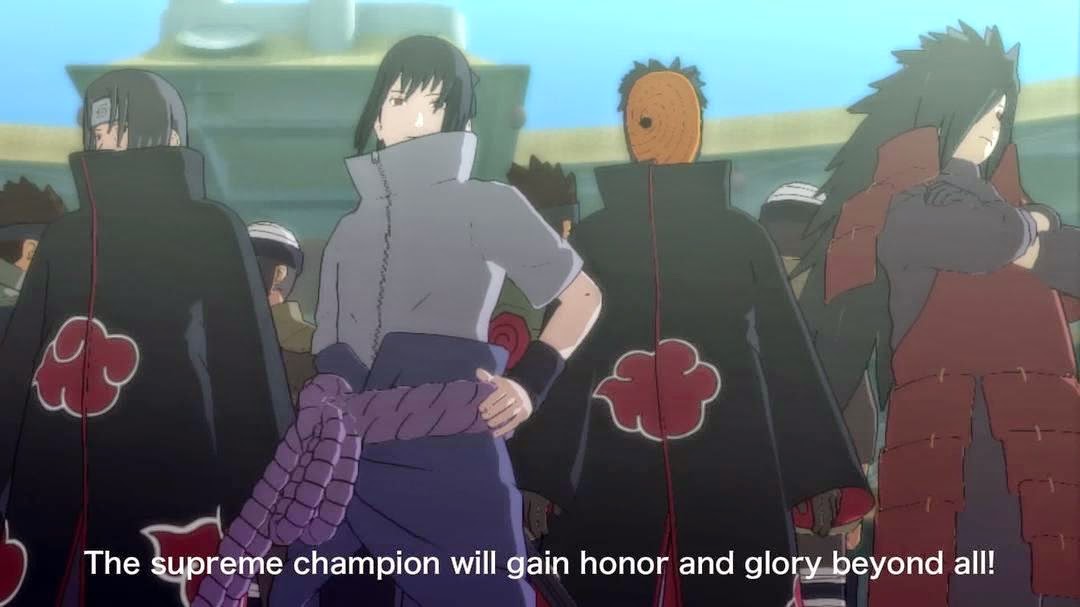 As advertised there are 2 story modes included, Ninja Escapades & Mecha-Naruto, first off I'll tell you about Ninja Escapades as it's the first place I hit up.
Made up of 3 stories, you have the back story to the Akatski, the beginning of the end for the Uchia's & a little more spoilerific story for people not caught up. The snag here is none of these last for more than 45 mins and they are basically anime cutscenes with a few fights thrown in (unless you watch the last one in which case you get no fights).

The major problem I personally had with this is they had a real chance to make this interesting especially in regards to the first story, where they dropped the ball was that they kept it very strict to canon to the point none of the stories tell you anything you shouldn't already know.
Prime example of this is over the first 2 stories you never once find out how Tobi/Madara enlisted the talents of Itachi despite the first story being the formation of the ultimate force in the world of Naruto. 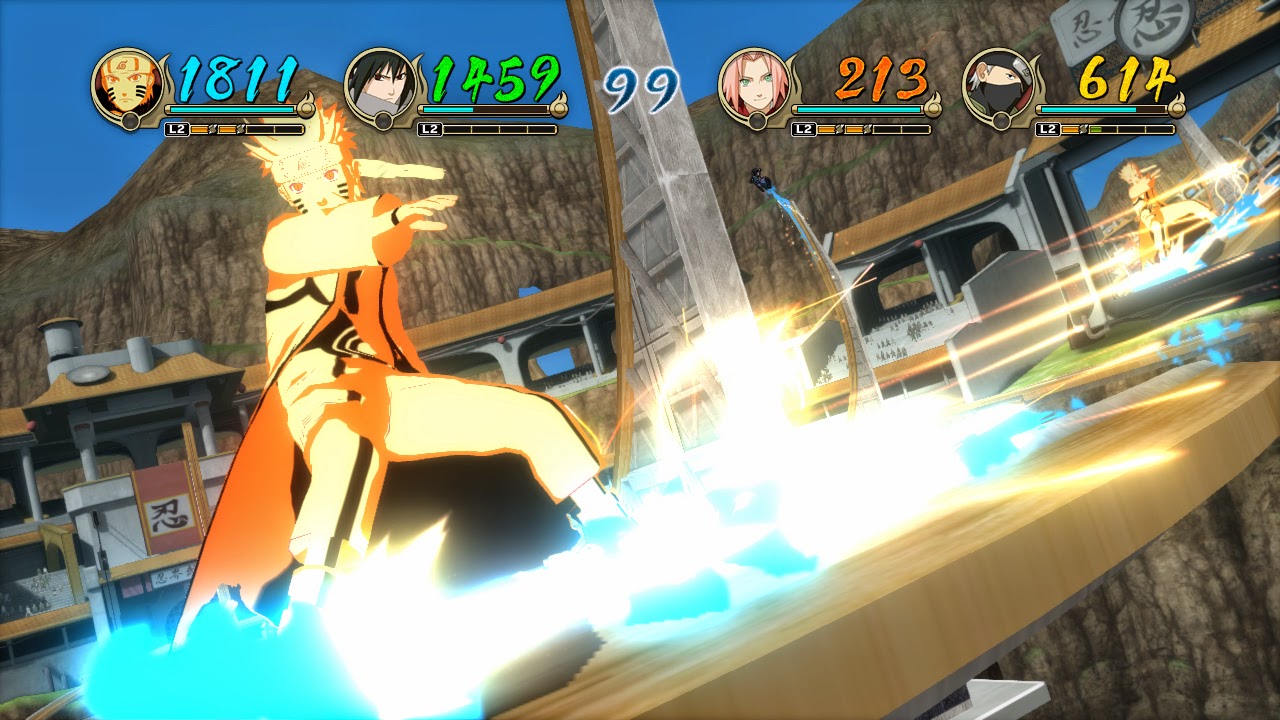 Overall it's done in a flash & if i'm honest you'll feel a little let down by what could of been and what you got instead. Over onto the main event which is the tournament mode!.

Deceivingly the tournament is actually the main focus on this game despite it being one of the stranger aspects of the game. The idea of this is to go from Rank D to Rank S while trying to raise the affection of the cast of Naruto to join your squad. There is a high level of polish and half way decent writing here but it's all guarded behind daft design choices.
Every time you compete in a tournament you are greeted with the same cutscenes over and over again, this wouldn't be too much of an issue if it wasn't coupled with the next faux pas.
Once you finish your fight you are prompted to save the game and then it chucks you back to the title screen!. It's then you realise that EVERYTIME you raise your rank you will lose all momentum and have to watch the same cutscenes over and over again.
Not only this but the Mecha Naruto scenareo is also hidden here and as I found out after spending a good while trying to figure out where it would spring from, you actually have to complete Rank D before triggering the advertised story?!.

The tournament side is quite entertaining once you look past the grind, to raise affections of characters it usually involves somekind of Fetch quest, quiz or fight. It does add some length to the mode as this is really what you'll spend most of your time doing. Alongside that you can always fight "Ghosts" of online characters here to drop you some items for your online ghost, it's a nice feature if i'm honest & something I spend a little too much time doing. 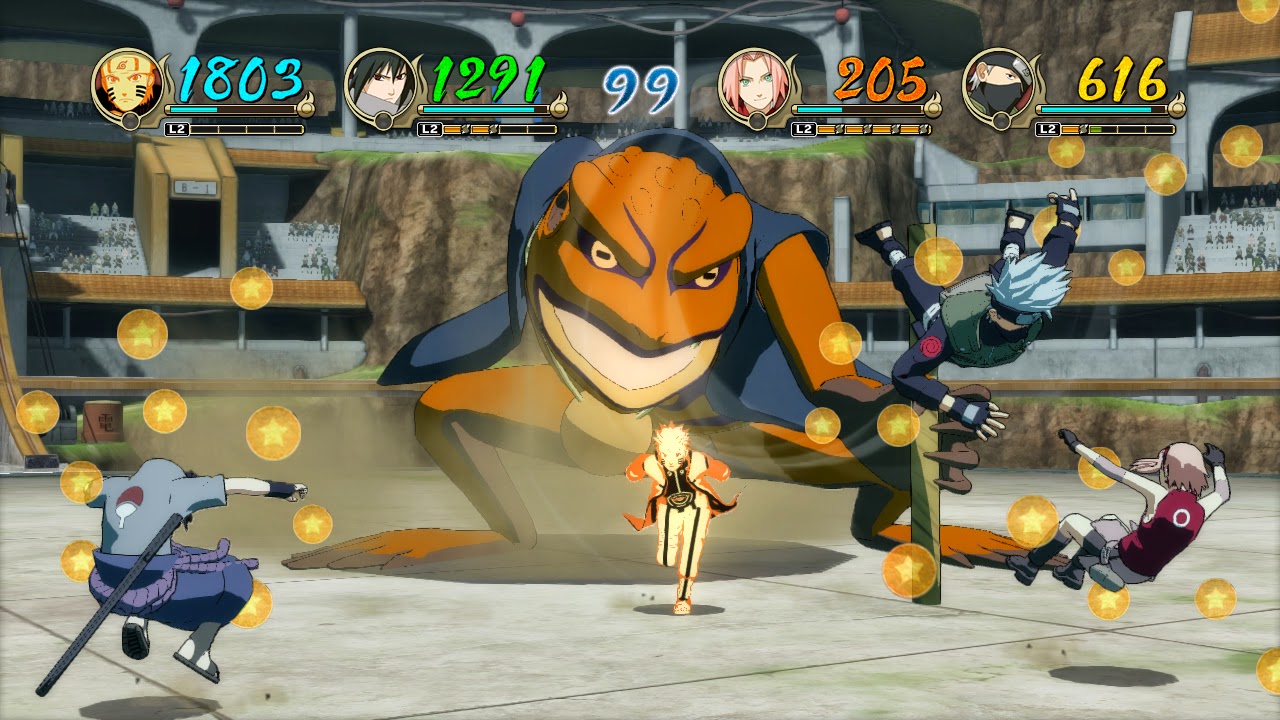 The actual way you fight in the tournament is a little different than you'll be used to, in this title it's a 4 Way Dance which involves you changing target to jump between foes and making sure you score big.
Rather than health bars you have Battle Orbs, the winner is the one who has the most, to get more you need to smack them out of your opponent, using combat, jutsus, ninja tools, grind rails and devastating ultimate jutsu attacks. It's good honest fun if a little shallow, think Smash Bros with your mates, it's pick up and play but hardly Total War levels of strategy needed going in.
Annoying the lock on system is a little janky and some characters just have a natural advantage in this type of battle for example Neji or Hinata who surround themselves in a Chakra forcefield causing multiple area damage, perfect to just jump into the fray and abuse.

Naturally some of the better characters are locked beyond your reach when you start so you better get raising affection and taking names!. I must point out there are over 100 characters to unlock and all sorts of unlockables to buy and win so you will get what you paid back from this title.
The Mecha-Naruto story is pretty much everything you expect and more from it, bitterly filler to the point i'm sure it's the story from one of the throw away Naruto films!, there are a few interactions that you'll see but overall you'll tire from this story long before it's curtain has closed.

The biggest change I found within the game bar tournament was the Chakra bar changes, in this title you can chose from Ultimate Jutsu, Awakening or Team. This basically forces you to decide and adapt in regards to what you choose, Only UJ has the ultimate attacks but Awakening brings you to a more more powerful state for a longer period. Team is also brilliant as you see more support from your team and you can "Seal" an opponents Chakra which if they have chosen UJ they will be at a huge disadvantage.
It's fun to try all of these out and see exactly where you are best using which style and offers a brand new experience to the standard fighting of the Ultimate Storm series. 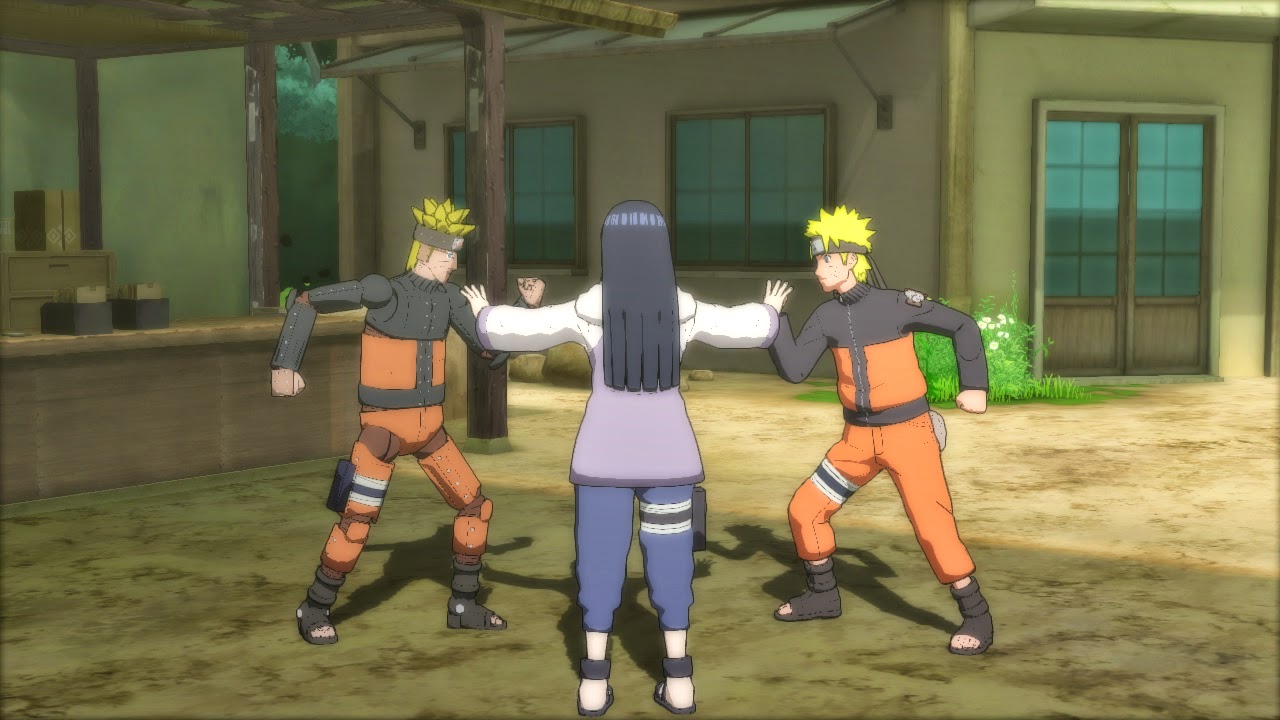 I briefly tried the online and it works brilliantly from what I could tell, minimal lag and the few matches I had lacked any kind of spam even though I am informed that now there are several characters with abuse-able moves so venture at your own risk.

Overall Revolution is less a game changer and more a suggestion, with no proper story mode outside of the Mecha Naruto section the "Dream Roster" really goes to waste in that aspect, The gameplay on the otherhand is the best the series has ever been at and is addictive for fans and newbies alike. If it wasn't for the waste of potential storywise and a few irritating game choices this could of stood as a bastion of change for the series, as it stands so far it's yet to topple the giant that was Ninja Storm 3

Posted by Andi at 13:44
Email ThisBlogThis!Share to TwitterShare to FacebookShare to Pinterest