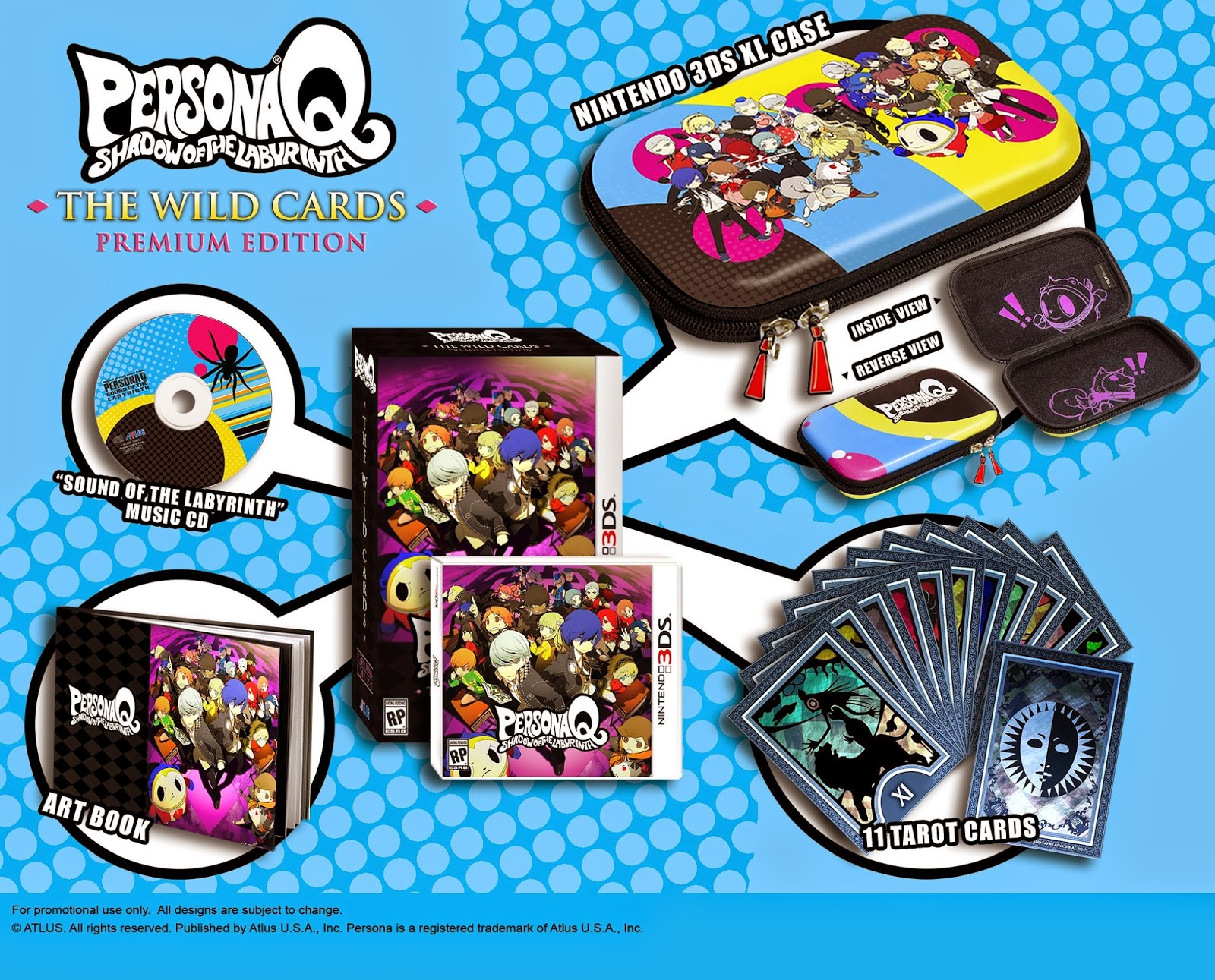 Atlus have announced a Persona Q: Shadow of the Labyrinth limited edition.

The ‘Wild Cards’ edition comes in a special box (above) and includes: 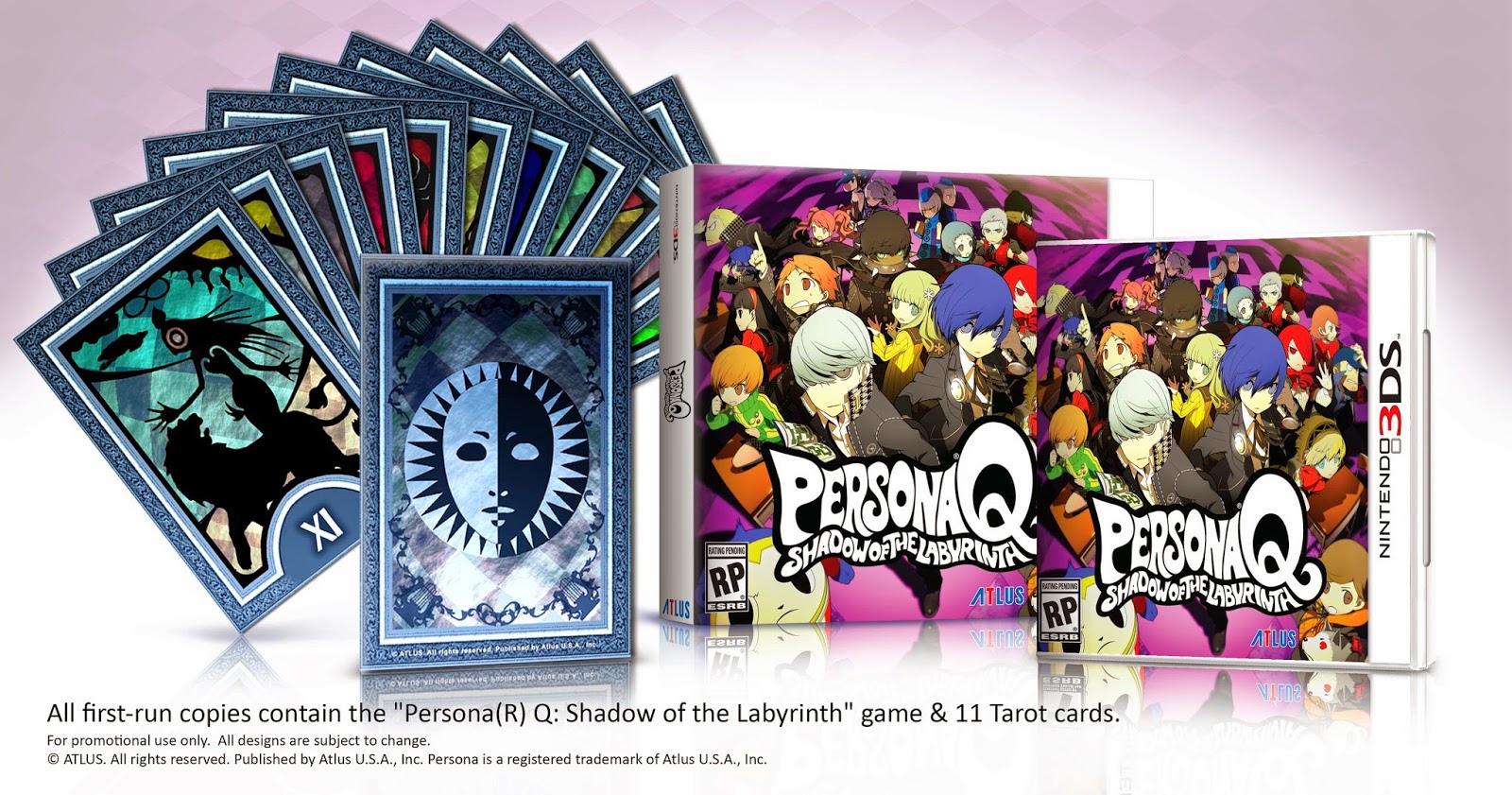 First-print / pre-ordered copies of the 3DS dungeon RPG will include:

Posted by Unknown at 11:13
Email ThisBlogThis!Share to TwitterShare to FacebookShare to Pinterest