Sometimes I wonder where some developers get their ideas from. Aqua Kitty is a perfect example. This retro inspired shoot em up has a back story which could only have been thought up after a round or two at a pub!
Are you ready? Well, due to a world shortage of milk, a select group of cats are forced to mine milk from the ocean surface. It sounds like a simple task but as you are doing you best to aid the cats of the world you are constantly being attacked by robotic fish. Robots which have a vendetta against the miners and feel the need to kidnap them all the time. This is where you come into the game. You play as a brave kitty that operates a submarine that is used to defend the miners from the robots. 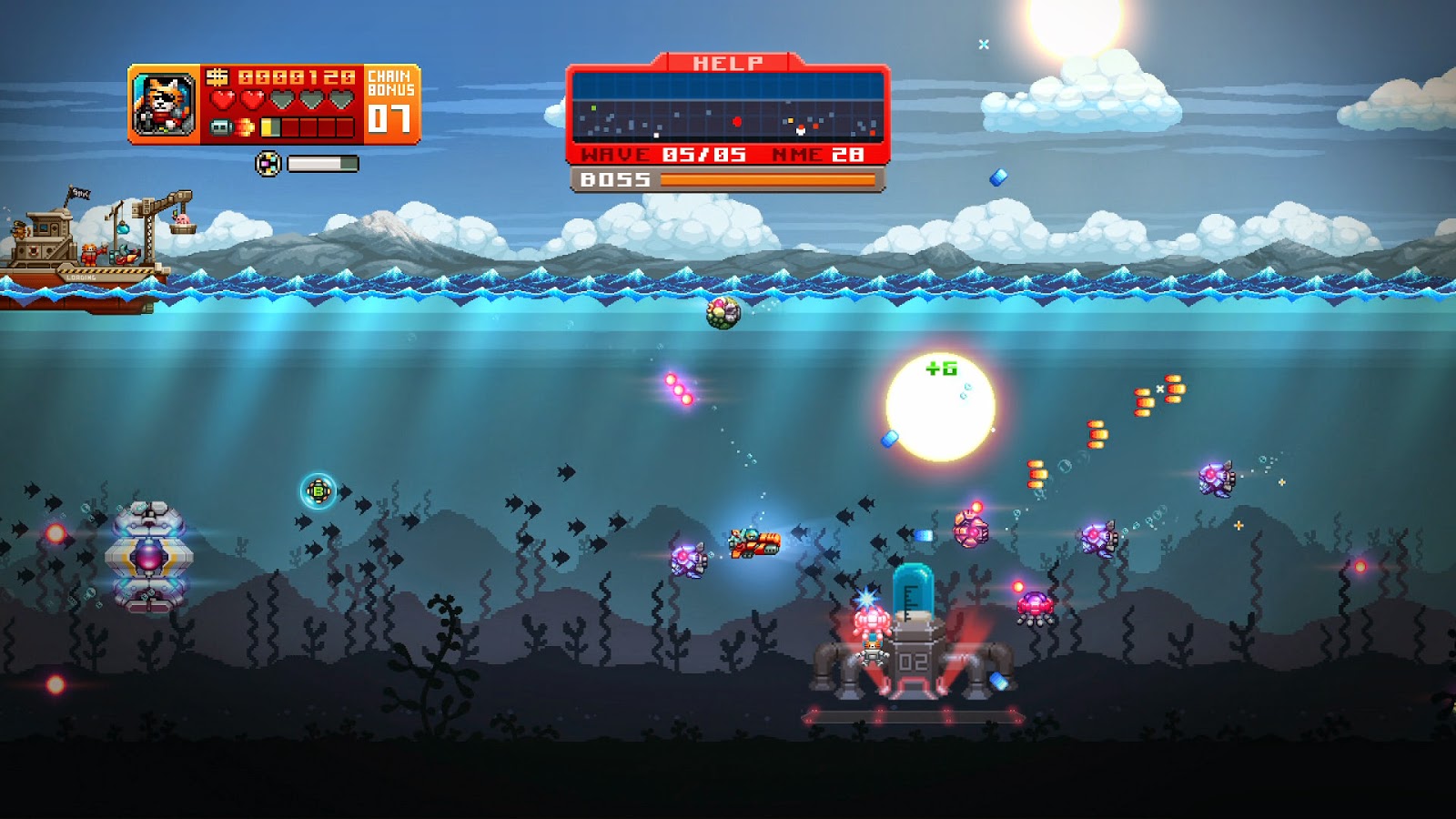 Gameplay is based upon the classic arcade title Defender. You move horizontally across a looping 2D world destroying constant waves of enemies and defending a couple of bases to stop the robots from kidnapping the hard working miners. Even though defending is a good goal to aim for, the ultimate goal here is to get the highest score possible. This is achieved by building up multipliers from destroying enemies without getting hit. As your progress through the games levels, you will be introduced to different types of enemies and at the end of each section you will be treated with a boss. The boss does not appear on its own though, it will just appear mid wave and these bosses are very tricky. They require some skill to defeat as this game is all about hitting the target perfectly. There is no leeway with the firing - you either hit a target or miss it. This is the same for enemies fire on you too - sometimes you will spend a majority of your efforts just dodging the bullets to save your miners. Do not worry, there is some help. As you move through the levels the charged shot on your submarine gets levelled up meaning you can use it more before it needs to refill. There are also enemies that drop upgrades including health boosts and more firepower. All very useful if you are aiming for a high score. 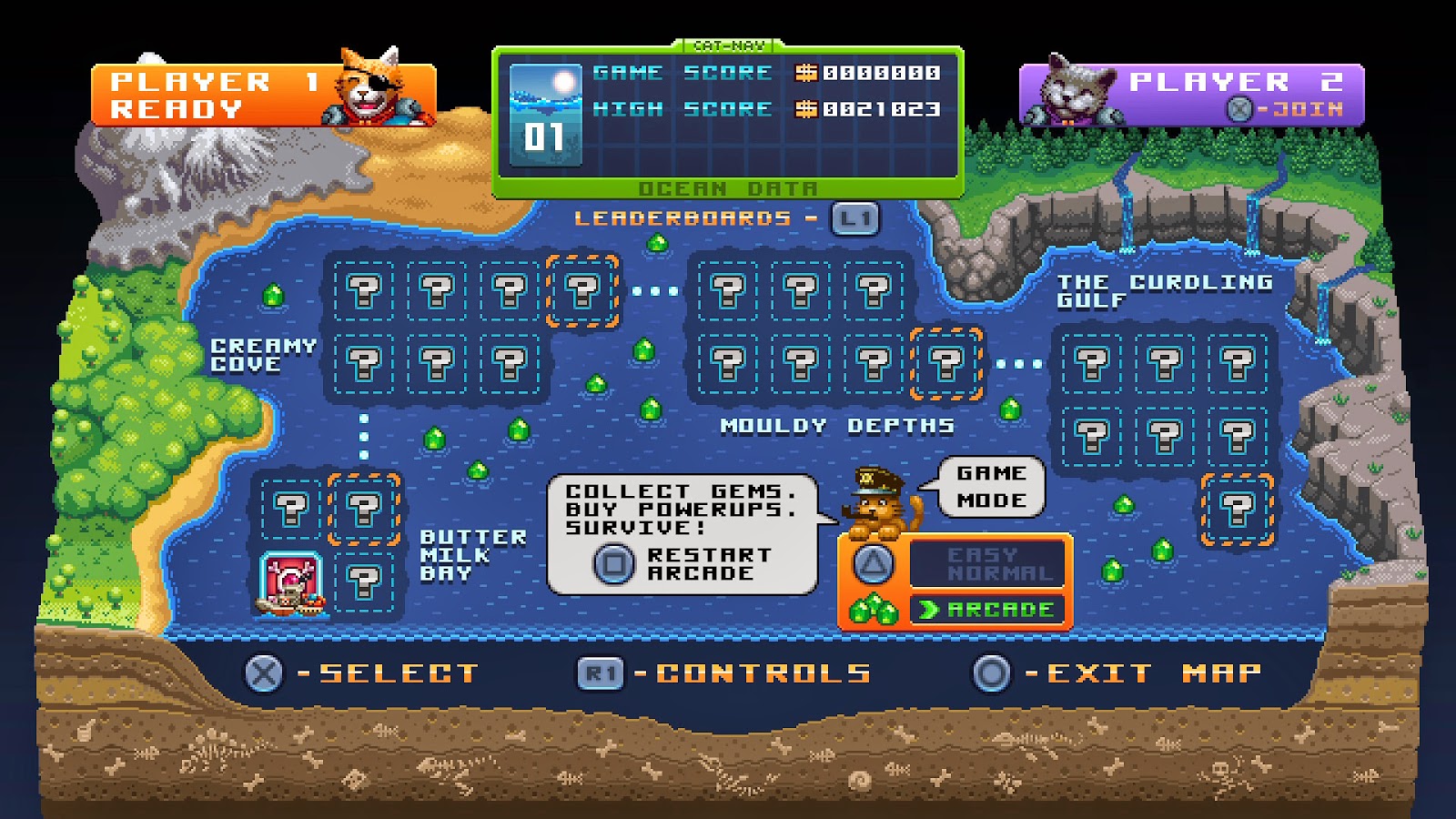 To add something more to the game there are different game modes; Normal and Arcade. The Normal Mode sees you progressing through all the levels on the map until you finish the game. You can go back to each level to beat your high score but that is pretty much it. Arcade mode sees you playing through as many levels as possible without dying. Once you die, you must start again. 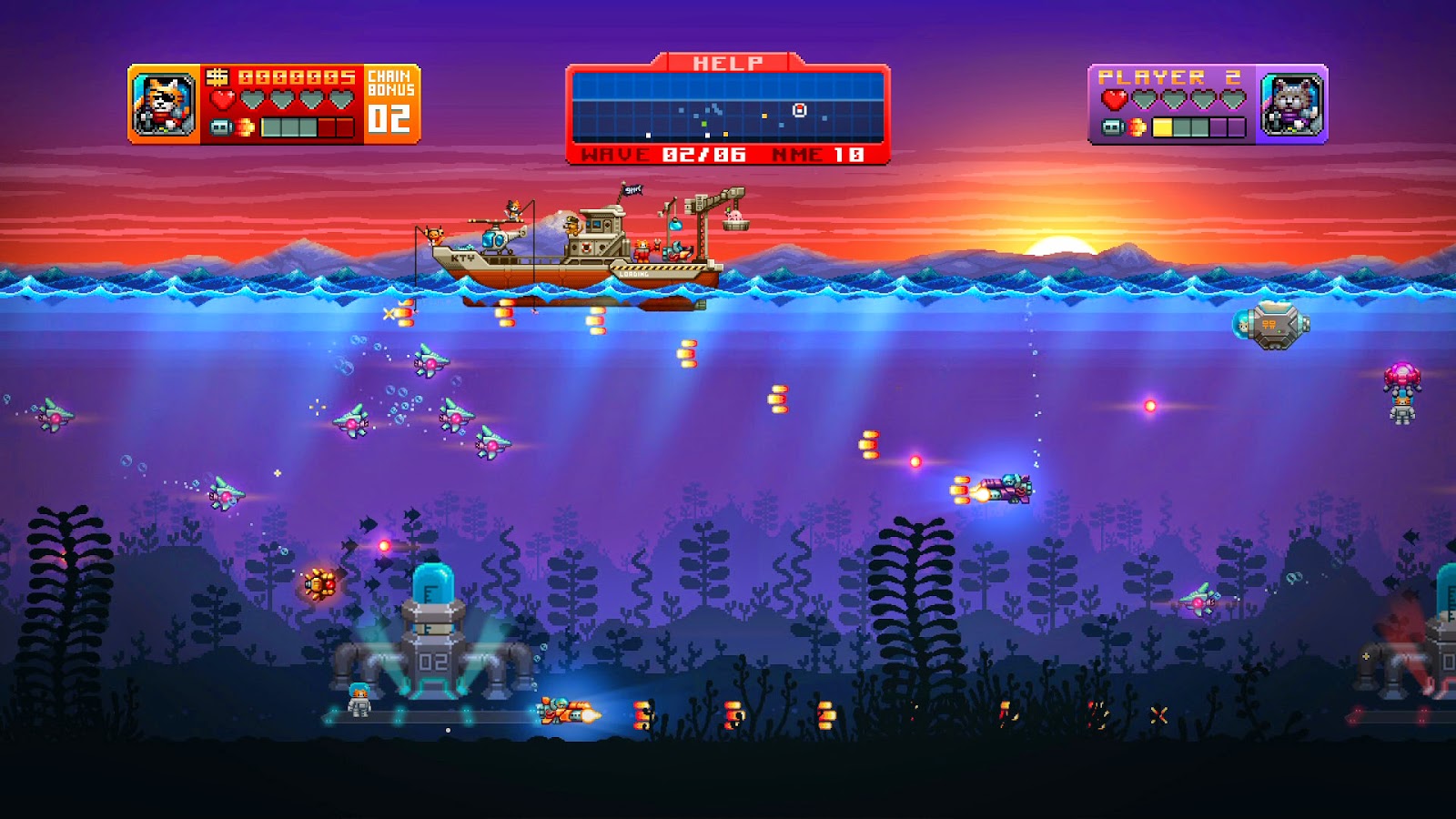 As much fun as this game is, the biggest flaw is that it does not offer much new. It takes the formula of old school arcade games and does not do much with it. The arcade mode is fun and reminds me of old NES games but it can get a little dry early on. For me though, I think the game’s saving grace is how bold it looks, feels and sounds. It is presented in a pixel art format with a bold colour palette and the soundtrack helps add more energy to an already frantic situation. 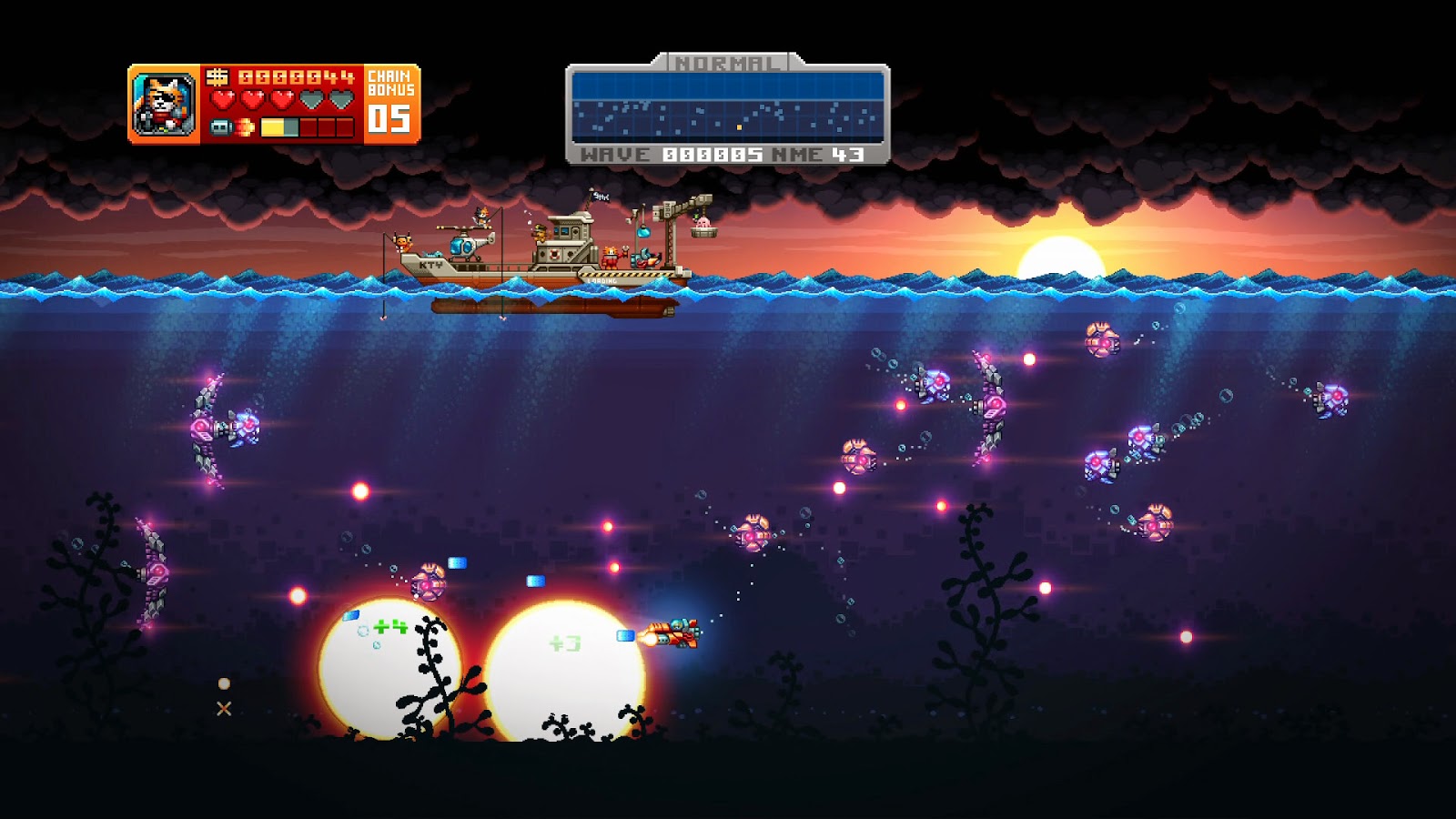 Aqua Kitty is a fun game but not one that will keep you hooked. There are a few features that can extend gameplay but nothing revolutionary.  I was truly impressed by the controls - they are very responsible for some precise bullet dodging action. As a game it is a lot of fun and the arcade mode adds a real challenge but it does not have that something special that will keep bring you back for more. 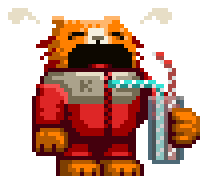 Review code supplied by Tikipod
Posted by Unknown at 12:06
Email ThisBlogThis!Share to TwitterShare to FacebookShare to Pinterest