Let us start with a question. What happens when Telltale games and 2K site next to each other at an awards show? Well, a Telltale and Borderlands Mash Up, that is what. It sounded bonkers when it was announced and some (myself included) thought it would never work. Not that i doubted any of the studios, it was that up to this point telltale have been known for telling deep serious takes and well, Borderlands is the complete opposite. Having sitting down for just over a couple of hours with episode one (Zer0 Sum) i was proven wrong within the first 5 minutes.


I was amazed by how well the world of Borderlands has been represented. In the main titles you only see the world from one of four characters who are all wielding guns. Here you see the background characters and how they manage to survive in the world. Again, these new characters you are introduced to during the first episode are just as excellent as the main series and all have their own little quirks which you will either love or hate. As mentioned, Telltale is not known for creating humorous titles but this is put to rest within the first few pieces of dialogue.
Some of the laughs in the script will make you smirk and maybe even laugh out loud but there are some which will just make you cringe. This though captures the humour of Borderlands perfectly and if you did not like it then, you will not like it here. 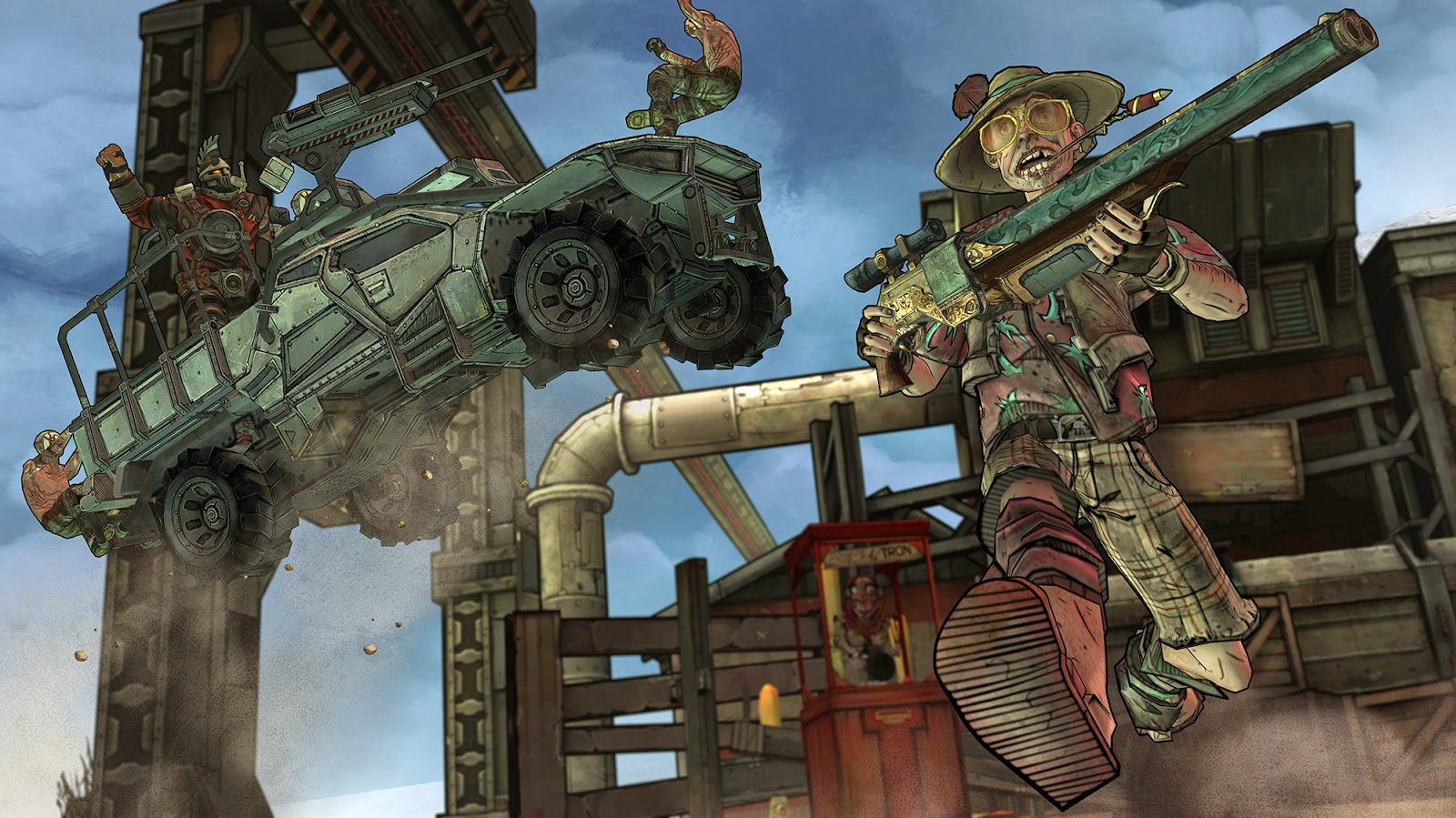 Like Telltale games of the past, Tales From The Borderlands follows the same formula. You have various conversational choices which will change the way in which the story will be told. There are a few changes to the formula though, the biggest is that you now control two characters; Rhys and Fiona. Throughout the first chapter you have to play out the same story seen through the eyes of both characters. This adds a lot of depth to the game as you still have a lot of control of how the story plays out even though your choices are spread across two characters. The best part is how much the characters clash; Rhys is someone who talks the talk but never delivers and Fiona has some serious identity issues. There are other characters you meet on the way, but that would just be spoiling the fun of playing it. 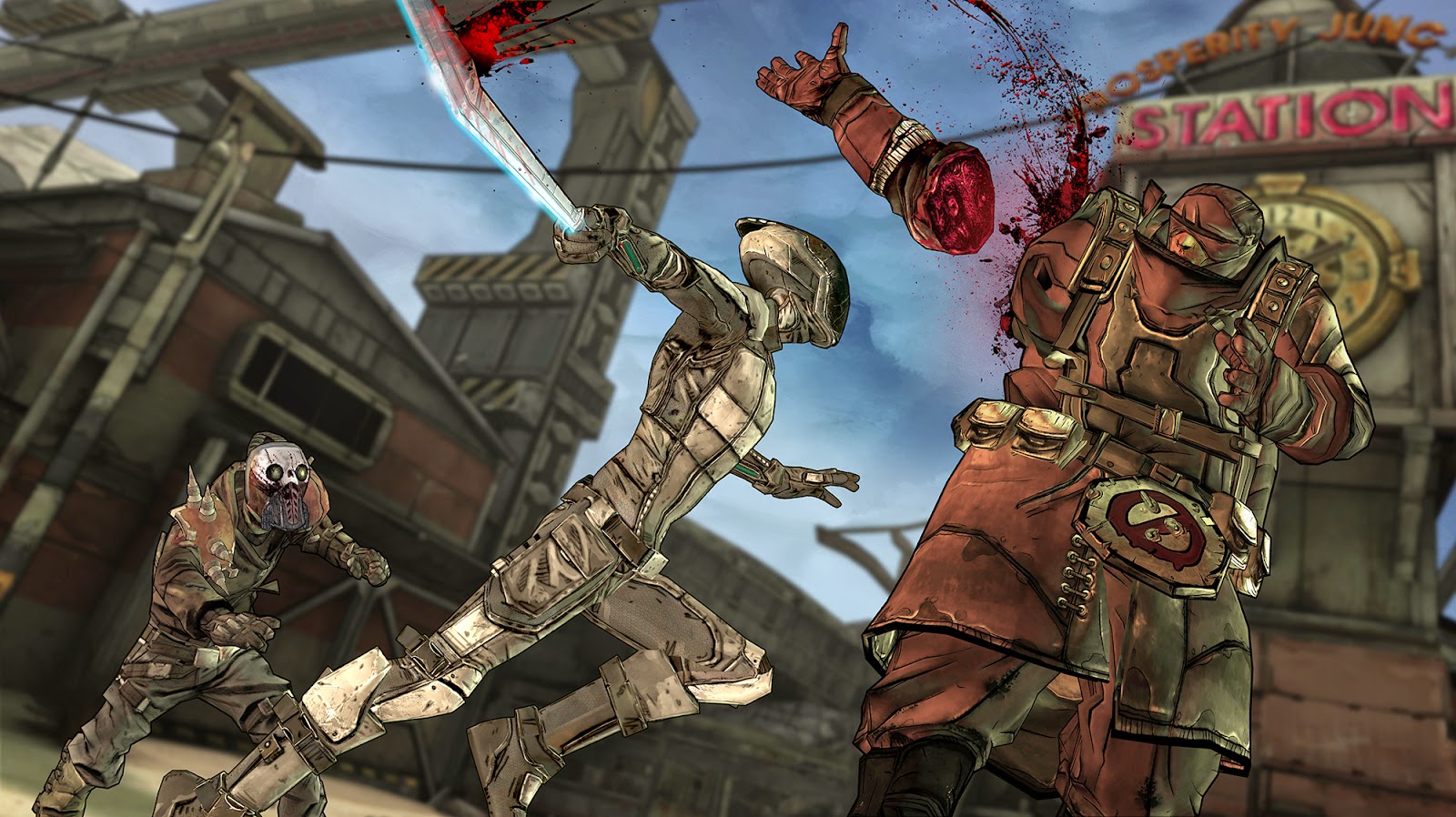 The combat system has been upgraded and feels a little smoother than previous titles (but does still feel a little clunky in some parts). In addition to the improved combat you have the ability to summon a Loader to fight beside you. Just like the conversational trees, you have multiple choices on how you use it and the most surprising thing about the Loader is that it is a very good characters which will get a few laughs out of you (also there is a great Terminator 2 reference slipped in). Finally, what would a Borderlands game be without Loot? Yes, that is right. Even this version of the World has Loot and it is used quite well. It does not feel as rewarding as the main series but do not forget that you are not a traditional Vault Hunter this time 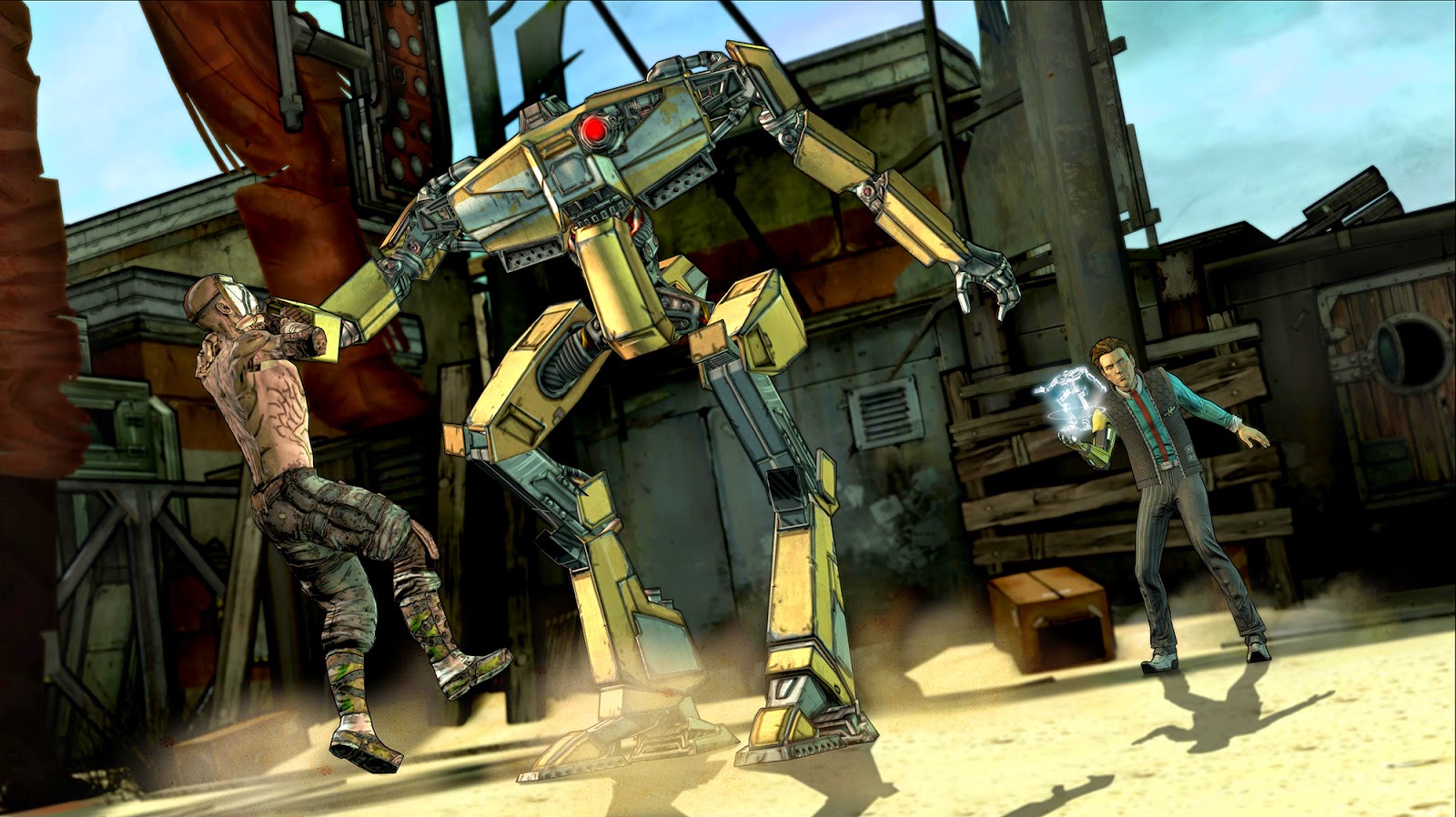 The only issue I found is that there is a lot of references to the original games (that been the first and second only) that as a fan, I totally understood. In fact there are some great hidden references to find and reminisce about but to a player who is just playing because it is a Telltale Game it may feel a little overwhelming. To fully enjoy this Telltale series you will either need to actually play the original games or do a lot of background reading.

Tales from the Borderlands is a mash up which I thought would never work let alone be possible to achieve but with the right people behind a project and a great voice cast, anything is possible.
I have played a few Telltale games and I always found that the first episode was a little slow in the story and character departments but with some excellent changes to the formula, Tales From The Borderlands is easily the best opening episode to a series I have played. Roll on Episode Two!

Posted by Unknown at 13:05
Email ThisBlogThis!Share to TwitterShare to FacebookShare to Pinterest