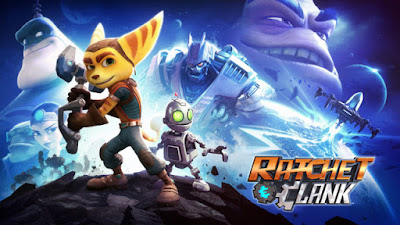 Ratchet & Clank blasts onto PlayStation 4 for the first time, with a new game based on elements from the original Ratchet & Clank on PS2. Ratchet & Clank (PS4) re-imagines the characters’ origin stories and modernizes the original gameplay. Featuring all-new boss fights, several new planets, new flight sequences, and much more – with completely new visuals constructed to take advantage of the power of the PS4. 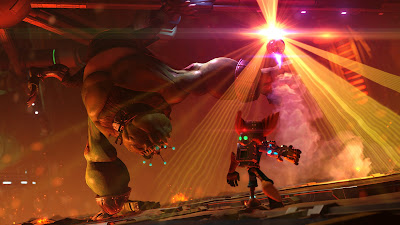 Produced alongside the major motion picture coming to theatres in 2016,Ratchet & Clank(PS4) returns you to the Solana Galaxy and there you will find all your favorite characters: Ratchet, Clank, the wonderful ego-maniac Captain Qwark and super villain Chairman Drek, as well as many new ones in this third-person action-adventure platformer. Explore exotic planets, collect out-of-this-world weapons, and help Ratchet and Clank save the galaxy for the first time, again.

Very little has been said about a solid release date, but with the film hitting cinema's April 29th 2016 this release can be expected around that time. In the mean time enjoy this action packed Trailer.
Posted by Unknown at 11:00
Email ThisBlogThis!Share to TwitterShare to FacebookShare to Pinterest