News: The Legend of Heroes: Trails of Cold Steel Coming to Europe 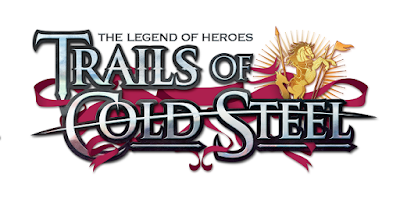 NIS America has announced that The Legend of Heroes: Trails of Cold Steel will be released in Q3 2015 for Europe, coming for PlayStation 3 and Vita as both physical and digital release! XSEED will be publishing for North America


Taking place on the same continent as the fan favorite Trails in the Sky, Trails of Cold Steel is the first in the series to tread Erebonian soil and explore the inner political conflicts of this oft-mentioned powerhouse nation in detail. With a standalone story that also delves into the expansive lore that has become synonymous with the series, players can enjoy school life and bond with fellow students to earn new abilities in battle for the tactical turn-based combat using the newly-developed "ARCUS" system, and take part in dramatic events that stand to shift the balance of power between Erebonia's feuding nobility and commoners. 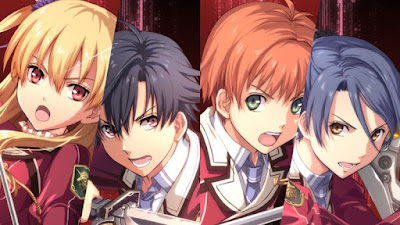 
A World Rich in Depth for Veterans and Newcomers Alike - The events of Trails of Cold Steel are expertly told so that longtime Trails veterans and newcomers to the series alike can equally enjoy its detailed, highly nuanced storyline.


New Link System Adds Depth to Combat - Take advantage of the Combat Link System by bonding with allies throughout the school year, netting a variety of combat benefits including healing, guarding and more.


Min-maxers' Delight - Each girl in your party has one of five base classes, from which they can spec into one of several sub-classes, which can be further specialized. for example a Magic User can become a Sorceress, which can specialize into Magical Princess. Each subclass has its own unique skill-set and corresponding armor/outfit, allowing for intricate tweaks for discerning party managers.


Cross-Save Makes Playing Anywhere Possible - Trails of Cold Steel was developed with Cross-Save for both the PlayStation 3 and PlayStation Vita systems, allowing players to unravel events within the game from home or on the go.

For fans of the Legend of Heroes series and RPG fans alike this looks to be shaping up as quite an exciting Autumn release schedule.
Posted by Unknown at 15:26
Email ThisBlogThis!Share to TwitterShare to FacebookShare to Pinterest